by Ella on December 5, 2017 in Interviews, TGF Spotlight

In this day and age, it’s becoming harder and harder for bands to stand out and do something new, as most things have been done before and been done good. If you give The Schizophonics a listen, it wont take you long to hear they’re a 60’s garage rock ’n’ roll band. You can draw comparisons to bands and artists such as The Sonics and MC5, but there’s also something there you cant put your finger on, and that’s authenticity and originality. The Schizophonics is the kinda band you’d find in a dingy dive bar basement in New York in the late sixties, or the band that would take 60’s London by storm and set fire to Dingwalls – except for the fact that they’re not actually a hidden gem from the late sixties at all, but a current band based in San Diego. The dynamic duo consisting of Pat (vocals and guitar) and Lety Beers (drums) are known for their highly energetic and frantic live shows where they various friends join them on bass. 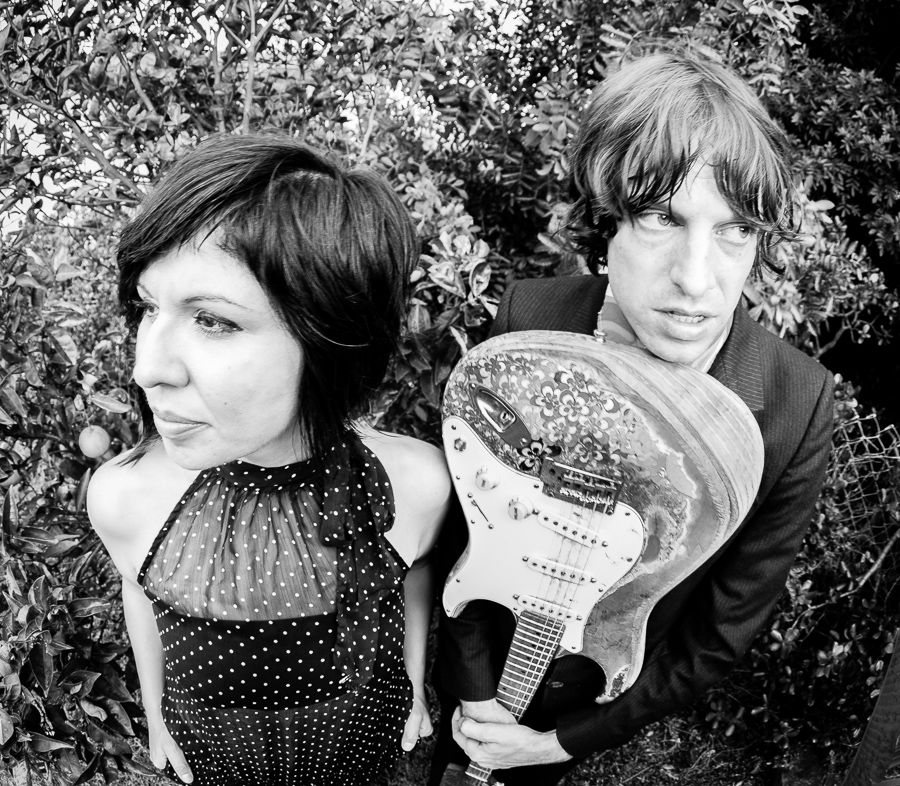 Now, it’s easy to leave it with that, that their shows are ‘energetic and frantic’, but they take it so much further than that. Frontman Pat takes his showmanship duties to the next level as he struts and dances around on stage, does the splits and occasional backwards roly poly, all while singing and playing guitar to Lety’s tight drumming – imagine all of MC5, Iggy Pop and James Brown morphed into one, and you’re getting there.

Since the formation of The Schizophonics in 2009, the band have toured relentlessly up and down the West Coast, as well as building up quite the reputation as one of the best live bands in San Diego. As we speak, the band is currently taking a break from the Californian sunshine and gracing the UK with their presence as they are touring and opening up for fellow San Diegans ‘Rocket From The Crypt’, leaving them quite big shoes to fill. This Friday, they’ll be playing London’s Electric Ballroom, and we cant wait to see them tear the place to pieces!

We’ll be having a chat to the two during their UK stay, so watch this space to hear what they’ve got to say!