by Ella on November 26, 2019 in Interviews, TGF Spotlight 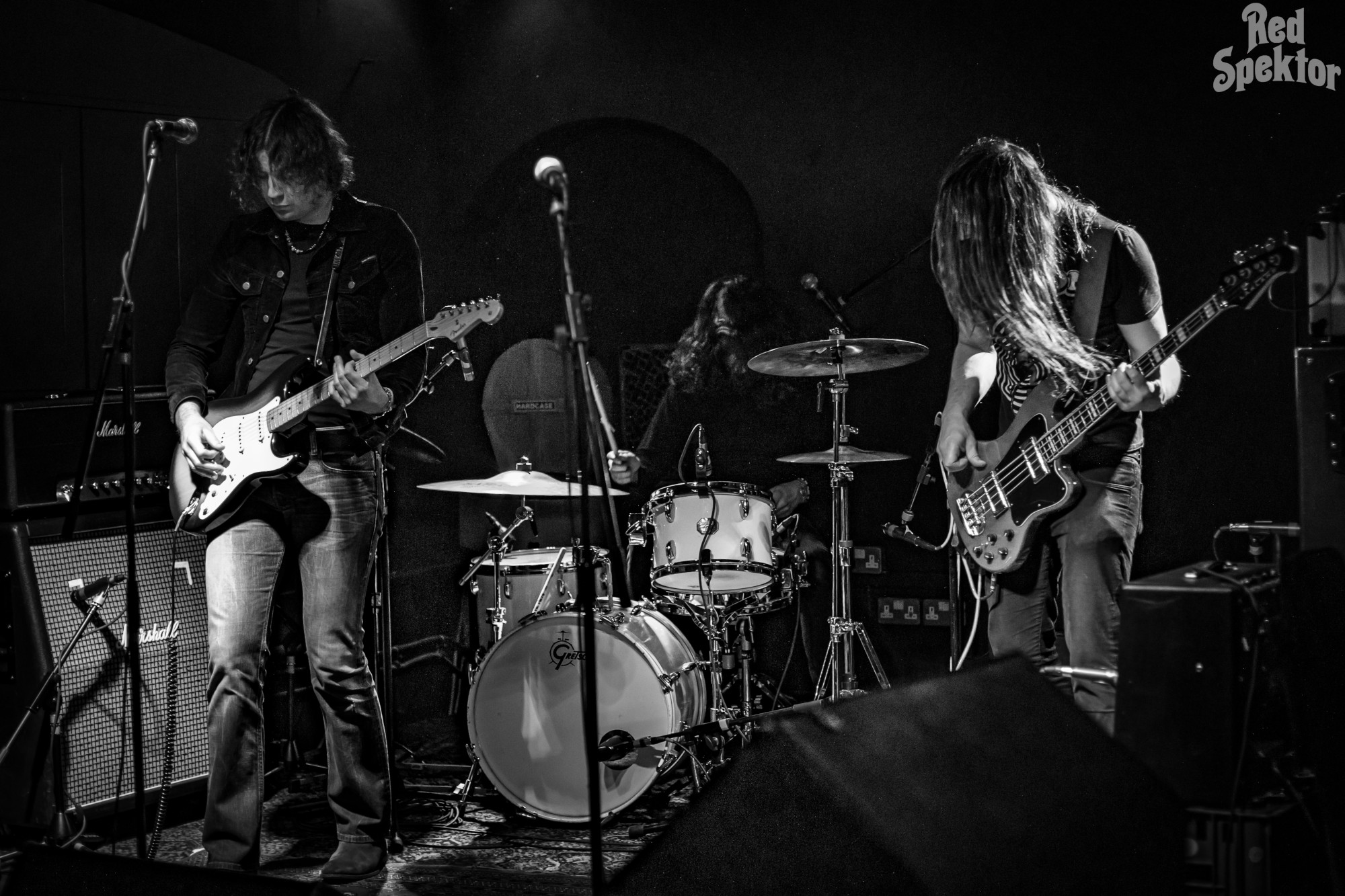 Can you tell us about the birth of Red Spektor?
Daz & John met at our practice room jam night for local (Stoke) musicians. Rob joined by pure chance, pilfered from the other band’s advert. After plenty of late-night jams, we became Red Spektor, and we’ve never looked back. We had an instant bond between us that has only grown stronger.

It’s been three years now since you released your self-titled debut album, what can you tell us about it?
The debut was recorded in a week live to tape at Tremolo studios, Silverdale. A year after the EP was released. We were going to release it ourselves until Kozmik Artifactz messaged about the Cosmonaut video. They asked if we had any more new material, so we sent over an early mix of the debut. A week and 2 days later we were signed!

Is there a follow-up coming any time soon?
Not soon enough, but it’s been worth the blood sweat and tears as we are blown away with how the 2nd album is sounding. Currently mixing and mastering! 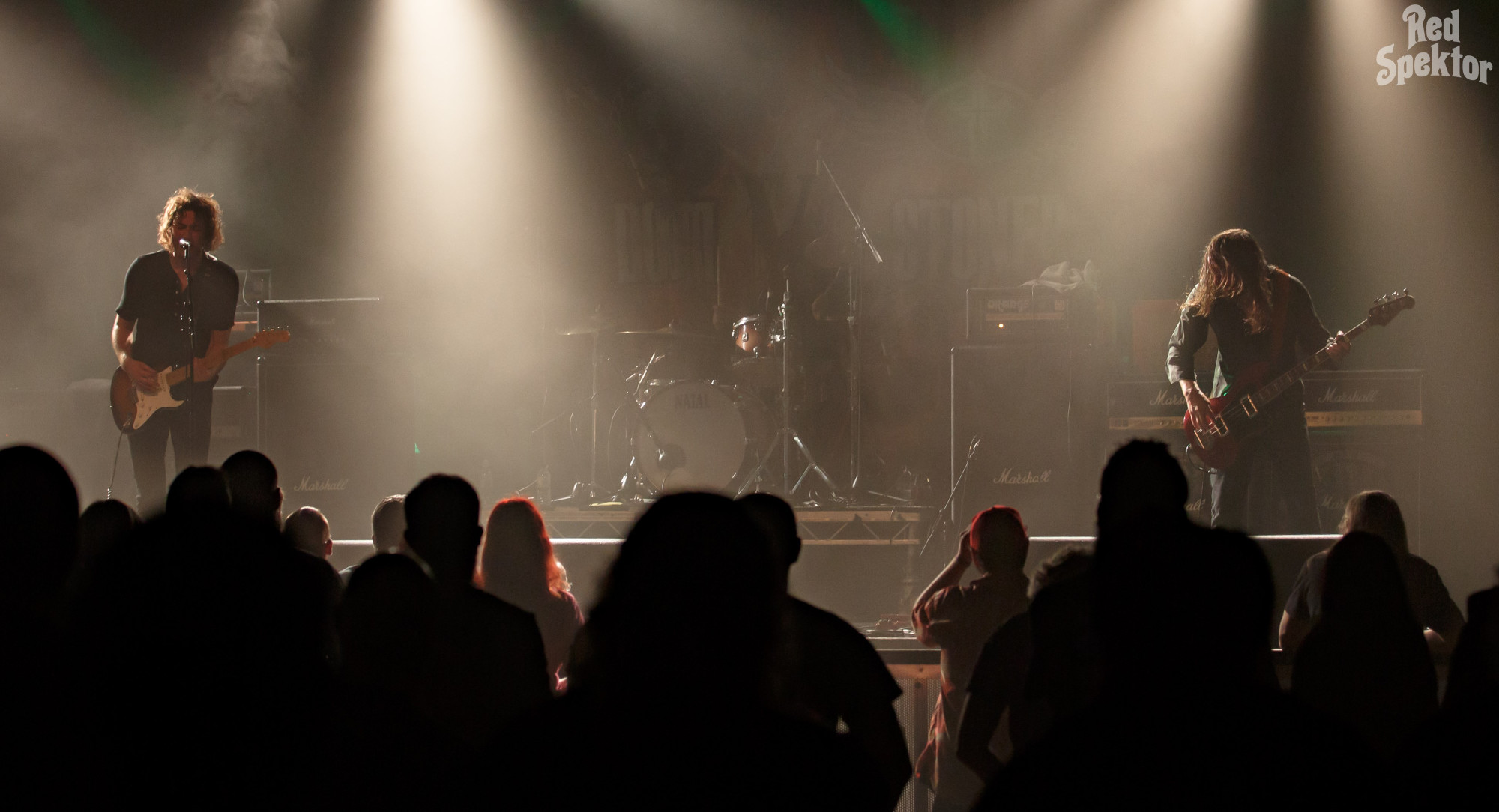 How do you work and write as a band, do you come together with structured ideas or is a lot of it a result of jamming?
I think these days we are honing our approach, starting with a jam and then distilling each song until its strong and complete. But jamming gets the best hooks, it’s one of the best feelings when a jam comes together.

You cite a few current bands as influences such as Radio Moscow and Kadavar, are you guys fans of the ‘power trio’ sound?
The power trio, done well is just killer, Cream, Hendrix, Trower, Budgie, even 4 pieces like Sabbath, Zeppelin. New bands like Kadavar, Radio Moscow, Child capture the vibe that we dig, old school, no nonsense rock.

Can you tell us a bit more about other bands and artists that have influenced you and your sound?
We are from varied musical backgrounds with areas that crossover between us, everything from early thrash, grunge, techno, and obviously the early greats like sabbath, Budgie, Zeppelin and San Francisco Shivers. I guess the influences are not directly in the music but affect how we play together as individuals, and it’s how we play together that gives us the sound of who we are as Red Spektor. 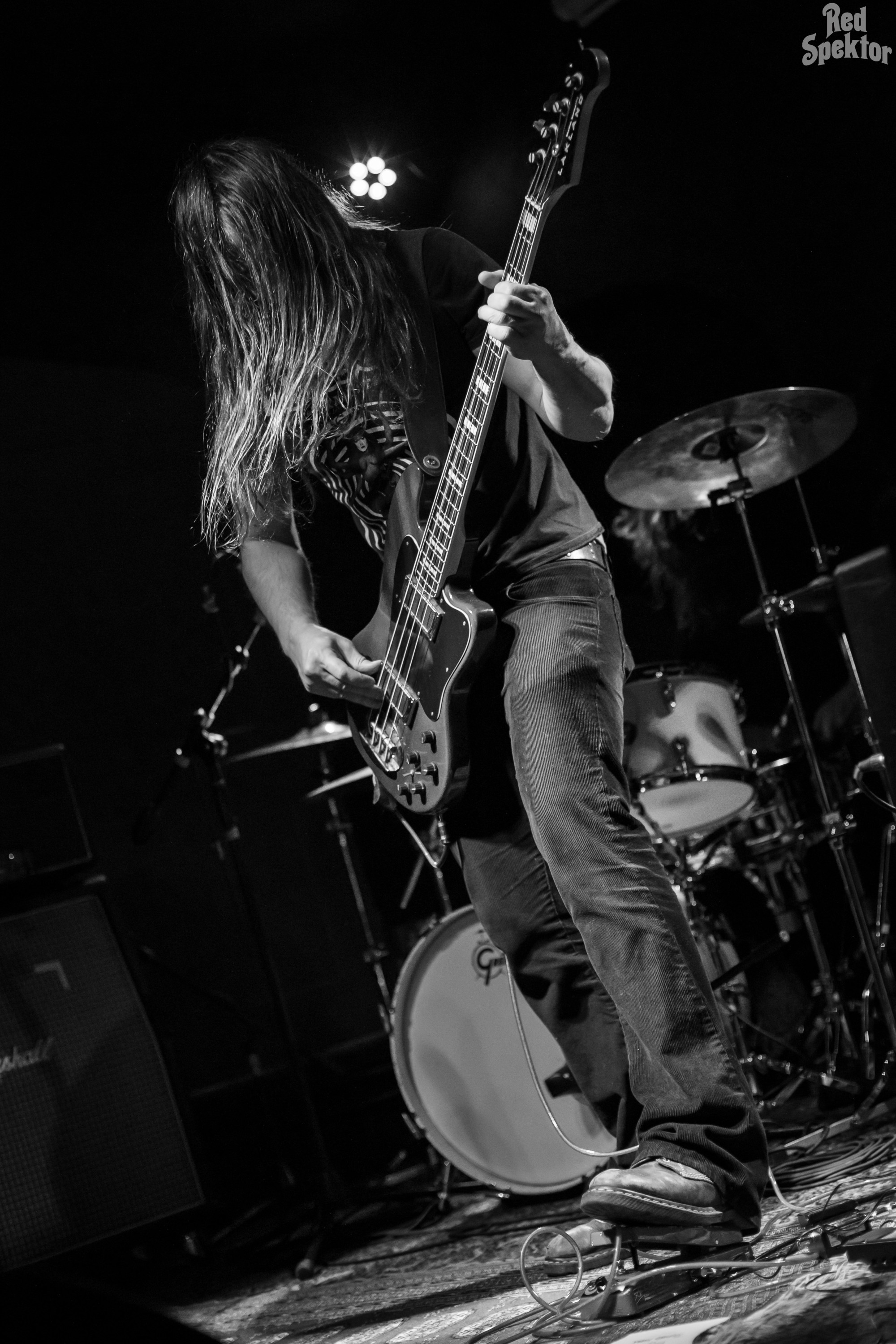 How’s the local music scene in Stoke-on-Trent?
It was a vibrant scene for quite a few years before we formed, mid-weeknight gigs would be packed out. But with the economic climate of today that couldn’t last, and it didn’t. That said there are plenty of great bands in Stoke, Fibrestream, Dark Neon Lights (ex-Black Apples), Jessies Divide and plenty of others are keeping the scene alive. All of which are very different and kick ass doing their thing. It’s kind of like a big family we all socialise and give each other support.

What’s next for you guys?
2nd album is front and foremost, we have a lot invested in the music emotionally and we want this release to be the best it can be. Then it’s our other passion; playing gigs! We’ve  had some amazing gigs so far, and we have some awesome ones coming up; Doom Stoner in Sheffield which we played a few years ago and it was awesome, our 3rd London gig at Blondies, and playing great festivals like The Hook Up, Wingy Thingy, Frosty Run, gigs with great people with a passion for music. Then touring, we are looking to do a UK, then European, then a US tour over the next 12 months. Exciting times ahead!