Kaleidobolt, a pure force of nature fuelled by Nordic darkness. If you haven’t heard of them before, well, you’re in luck, and you’re welcome. The Helsinki based power trio have been churning out heavy psychedelic jams along the lines of Motorpsycho, Earthless and Sleep, since their formation in 2014. The trio, consisting of Sampo (vocals and guitar), Marco (bass and vocals) and Valtteri (drums) just finished recording their third (and apparently best ever) album, so we spoke to bassist Marco to find out a bit more of what we can expect, as well as digging to get some background on the band. 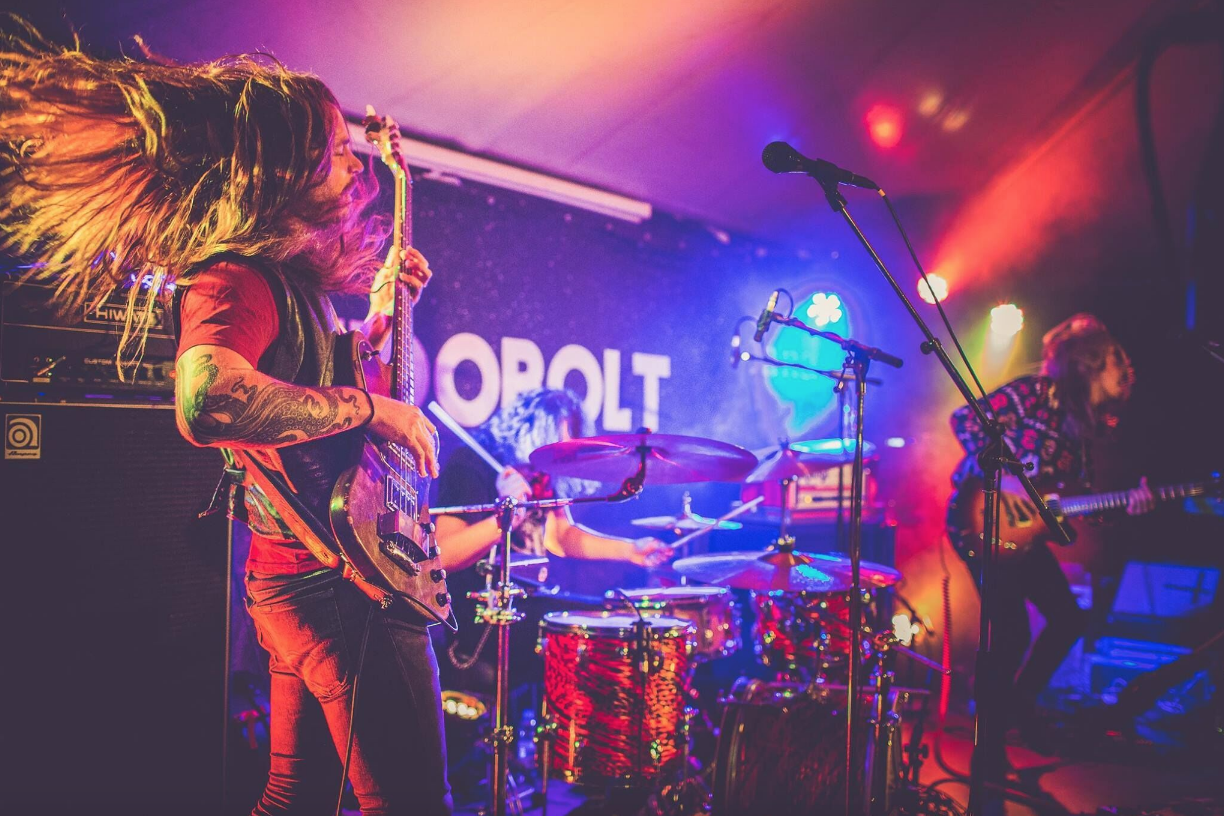 First of all – the story of Kaleidobolt! Where and when did you guys meet, and how long have you been playing together?
We got to know each other through music first: the first time we jammed together, we were complete strangers. We all live in Helsinki, although none of us is originally from here. Sampo is originally from Kuopio, a small city in the centre of Finland, and moved to the capital after finishing music school. Valtteri moved from Hyvinkää to pursue his master and phd degrees in astrophysics. I moved here from London after my old band split up in mid 2013, in search of new musical adventures. I had a bunch of demos and a rough idea to form this turbo charged power trio, so I started putting out flyers looking for musicians and after a few months of auditioning, the band was born.

Was there any mutual influences at the beginning that pushed you all into the direction you’ve ended up in? When playing live you often cover Dust’s “Ivory”, guessing that might be some mutual ground – is there other bands that may have influenced your sound?
Of course there is mutual ground that we all share, but we are three pretty different dudes, with pretty different music taste. If you were to ask Valtteri, for example, he would answer that he only listens to hardcore punk and 80’s heavy metal, whereas I hardly ever listen to either of those. It’s difficult to make a list of our main influences but in a way or another we’re influenced by the usual suspects of the 60’s and 70’s, just as much as 90’s more angular and abrasive bands, free jazz, fusion and garage. 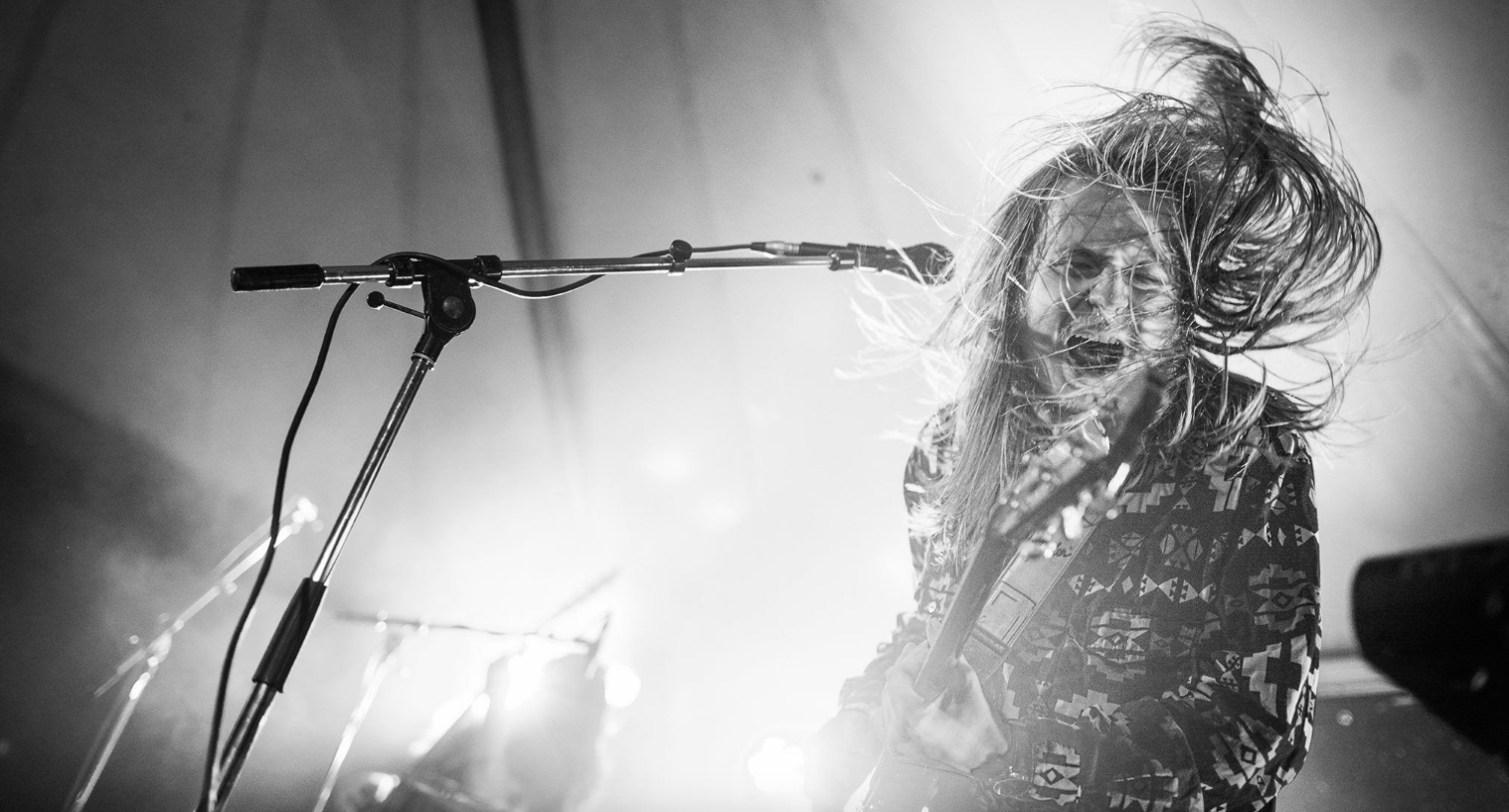 Listening to your debut album The Zenith Cracks your sound is like the perfect mix of San Diego psych and Nordic darkness along the likes of Motorpsycho – is Finland maybe the perfect melting pot for this!?
Could be! However, I think that we stand out quite a lot from what one might call “Finnish sound”… for several reasons. For example (since you mentioned them), Motorpsycho have a very special (and large!) place in my record collection, while they have surprisingly managed to fly well under the Finnish radar in their 30 years of activity. While there are thousands of bands, there are only 5 or so million Finns, 1 of which is in the Helsinki area alone. With this kind of density, the music scene is bound to be pretty inbred, and crossbred which I think it’s great. It’s pretty common to see the same people (on and off stage) at punk, jazz, electronic, noise, hard rock, folk gigs. There are many awesome Finnish bands. Sampo and Valtteri play in this amazing punk band called Acid Runs. You should check out Kairon; IRSE! for a mind blowing tornado of progressive and shoegaze chaos. United Seafood is also one of our favourites in the party metal department.

You just got out of the studio having recorded your upcoming album, where did you record and why?
Yes, we have a new album almost ready and it’s going to be our best one yet. We decided to work with a producer this time, to help us making the most of the studio session. We asked Niko Lehdontie, a friend of ours who plays in Kairon; IRSE! Oranssi Pazuzu etc. and he was excited to hop aboard. He was the one who recommended Mankku Studio to us, as he had recently been there to record with Waste Of Space Orchestra. The place is an old mansion in Porvoo (about 40km east of Helsinki) and boasts this enormous dance hall, refurbished as live room, with the best natural reverb I’ve ever heard… just wait til you hear those drums booming through your speakers. We recorded it live, as usual, and we’re just now finishing the last overdubs.

How do you work as a band, do you meet up regularly to play and jam, or is it more sporadically and long sessions when you do?
Generally we meet up 2 times a week. We have our own rehearsal place where we can play whenever we want, as loud as we want. Most of the times we work on something specific that Sampo or myself might have recorded at home. Sometime we rehearse finished songs or rearrange them completely. Sometimes, when we’re in the right kind of mood, we just jam.

What is next for Kaleidobolt?
Our top priority right now is to finish the new record and release it next spring. We’re also currently booking tours and gigs for 2019, including hopefully a show in London early next year.