by Ella on December 4, 2018 in Interviews, TGF Spotlight

It’s time for another TGF Spotlight, this time all the way from down under in Melbourne in the form of rock ‘n’ roll band Grim Rhythm. 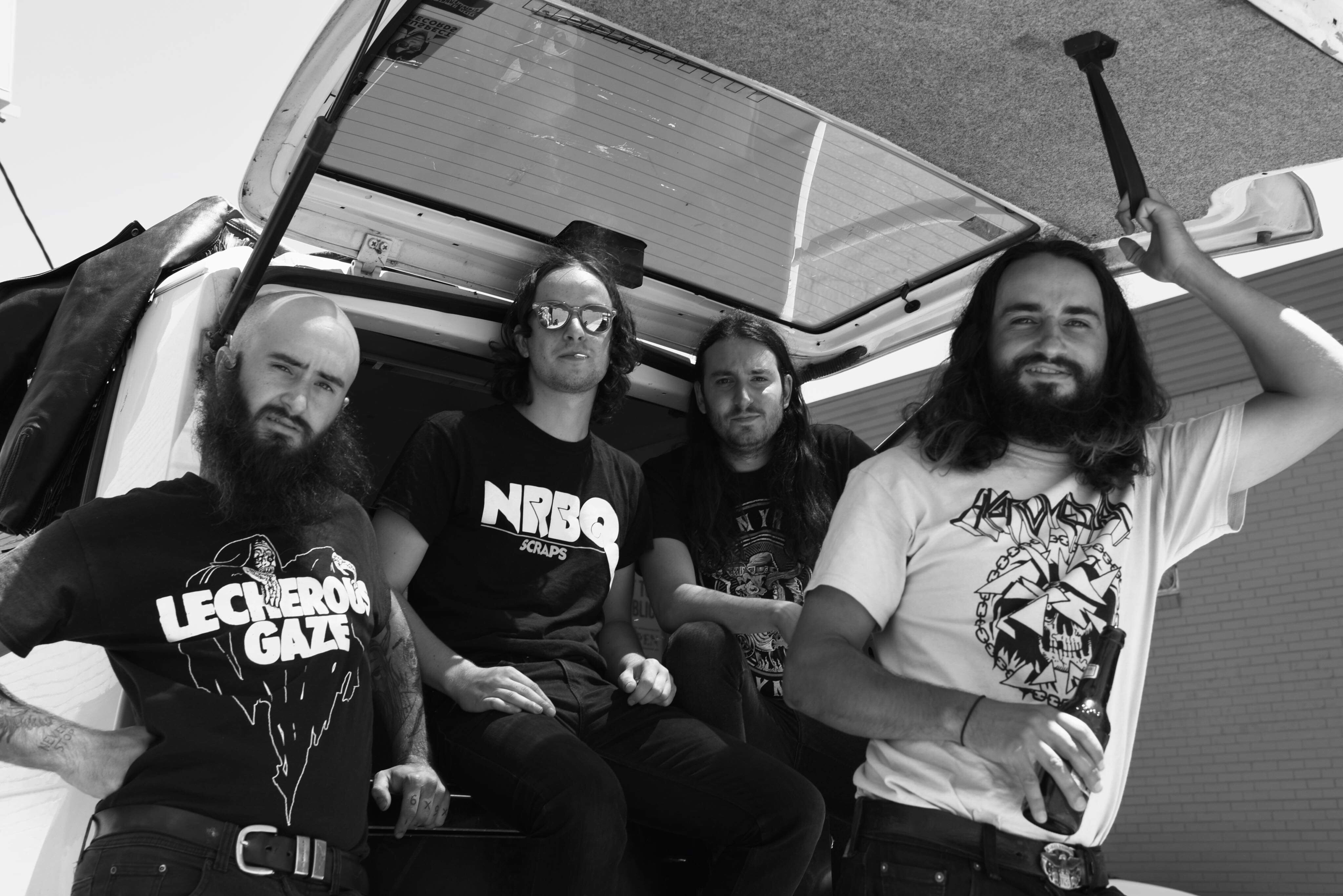 Who are you all, where are you from, and what’s your story? We are Grim Rhythm; Tim, Cutter, Allan and Rat Head from Melbourne, Down Under. Grim Rhythm’s has been going since around 2011 if I can remember correctly. It started when a few of us lived in a small apartment underneath a cafe, which was on the very top of Mount Macedon which is a national park in semi rural Victoria. The cafe would close around 4 every day and after that we were all alone on top of a mountain surrounded by beautiful bush land. We could make as much noise as we wanted, so the three of us (Tim, Cutter, Rat Head) would indulge in some intoxicants and jam all night long. After years and years of beers and too many shows to remember we recorded an LP then shortly after we recruited Allan on vocals and second guitar to get the sound we always wanted.

Like yourselves we’re suckers for high paced rock ’n’ roll over here at The Great Frog, where does your influences lie?
Our influence lies in golden era of AC/DC when they were the dirtiest and most dangerous band around. Australia has a great and sometimes understated history in some real gritty and hard-hitting rock ‘n’ roll which still continues today and that influences us a hell of a lot.

Grim Rhythm, where does the name come from and what’s it about?
I’m pretty sure a friend mentioned the name while he was hanging out smoking weed and watching us jam while at the mountain house and we all instantly loved it and haven’t thought twice about it since.

You recently released your EP “Formaldehyde Blues”, where did you record it, and why did you pick this spot?
We recorded it at Cellar Sessions Studio in Melbourne with Max Ducker. Max was already a friend and had mixed us live in the past playing a few different venues, which is why we ended up recording with him. 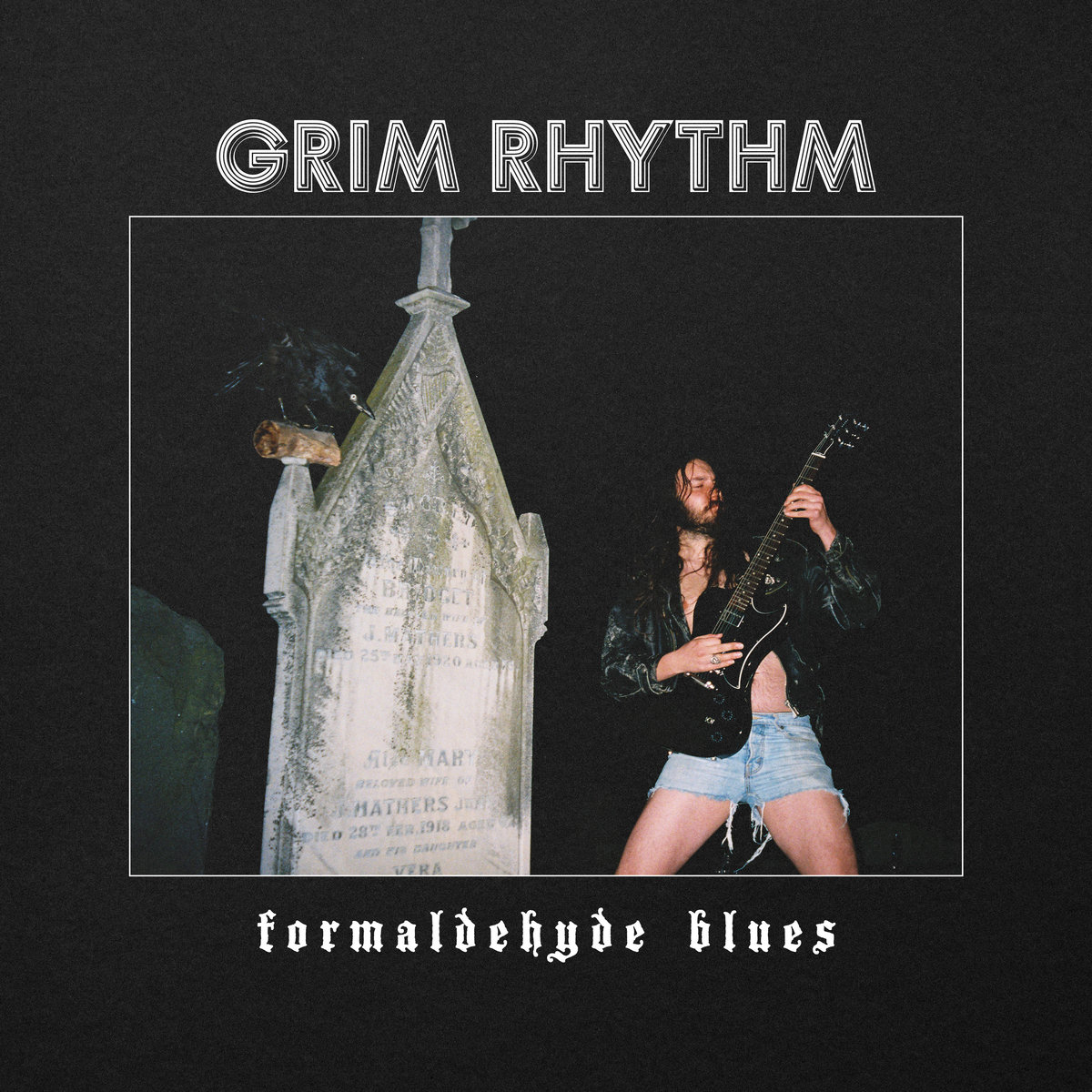 We have to ask, what inspired the Daisy Dukes cemetery cover shot?
The artwork came from just wanting to do something as an influence from early heavy metal records with artwork that is somewhat a little funny and cheeky but at that same time still bad ass. There’s a fine line between tough and taking the piss.

What can we expect from a Grim Rhythm show?
Fast paced, dangerous, filthy rock and roll. We put everything we have into our live show, it’s always a good time.

The Grim Rhythm guys were kind enough to put together a playlist of some of their favourite tunes, so crank up the volume and give it a listen – we’ll be playing it in store!