by Ella on November 7, 2018 in Interviews, TGF Spotlight

Our latest TGF Spotlighted artist is Fiona Silver, a musician and poet from New York. Drawing from her own life experiences, Fiona have been writing songs for as long as she can remember, and have been lucky enough to share the bill and even stage with the likes of Gary Clark Jr and Carlos Santana. As she’s due to embark on her first ever UK tour later this month, we found it fitting to have a chat with her.

Can you tell us a bit about yourself and your musical background?
I think music was just born into me. When I was a child I would make up songs, and I just never stopped. I was also definitely influenced by my older brother who played guitar, and when I was about 13 I decided I wanted to play guitar too.

What inspires your music, and without putting yourself in a box, how would you describe it?
This is always the hardest question for me, because I like to explore as an artist. I think the main through line is the passion of Soul music, and the grit of Rock N Roll. I guess Bust Magazine captured it well when they said my songs were “reminiscent of Amy Winehouse, Aretha Franklin and Nirvana.” I’m inspired mostly by pain, hah. I draw from my own life experiences mostly, but I also like to story-tell a bit. I think if you like bands like The Kills and Alabama Shakes you would dig it. 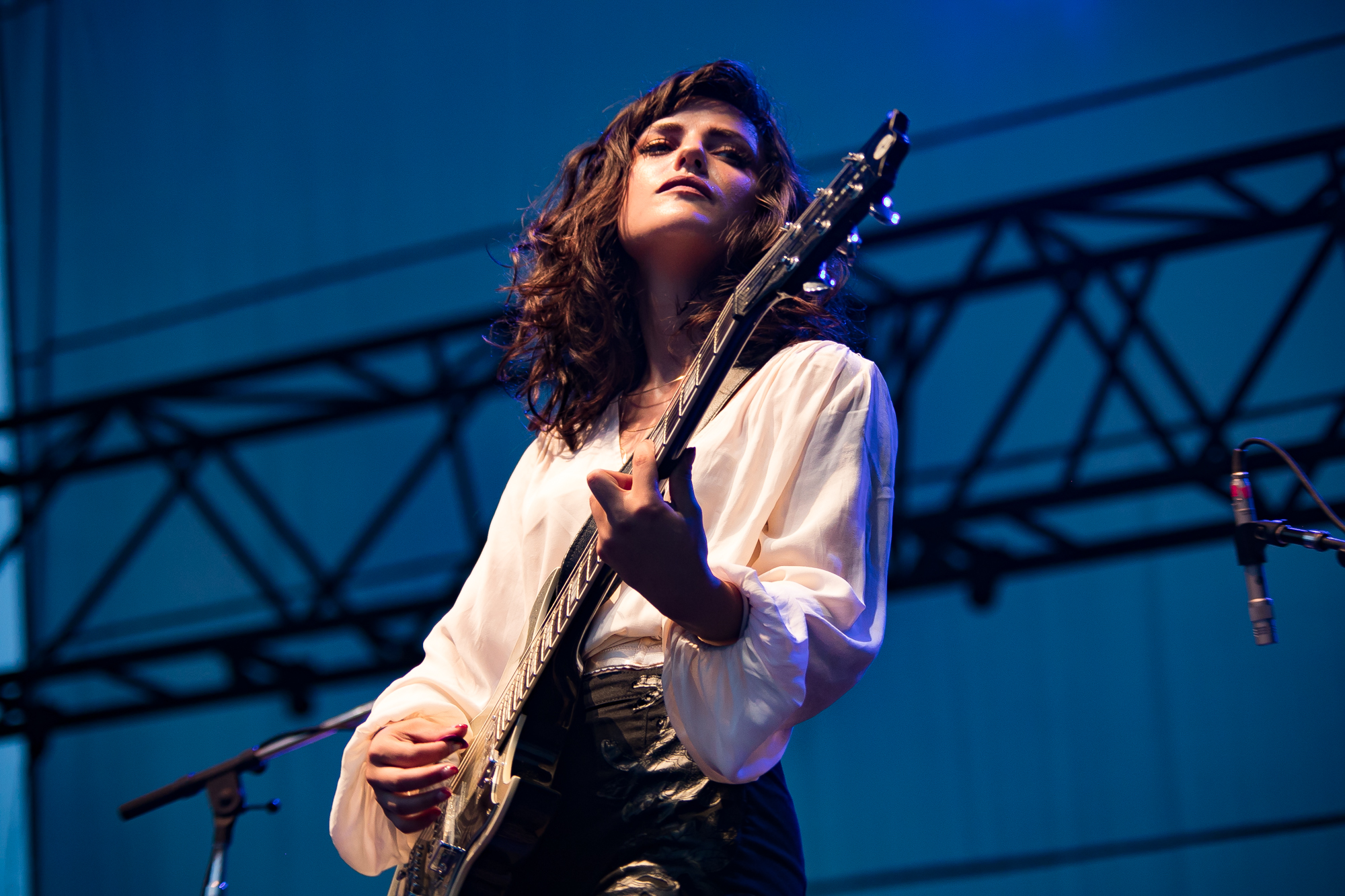 What would you say is the biggest challenge for up and coming musicians?
Making money. Almost every time someone asks me what I do, and I reply “I’m a musician”, they say “yeah, but how do you make money?”. It pisses me off every single time, but that is because there’s truth in it. Part of the challenge when you’re “up and coming” is being heard through all the noise – on one hand it is incredible that anyone can record themselves in this day in age, but that also means we are in a much larger pool, and it can be harder to reach people. It’s also hard when you’re like myself, trying to do their own thing and doesn’t quite fit into one box.

I’m still figuring it out, but I try to focus more on actually creating then things like what my Instagram looks like. We live in a society that is so driven by outside appearances and status levels, it’s easy to loose sight of what matters most, but at the end of the day what gives me peace is not how many followers I have, it’s writing a song.

You recently finished touring with Gary Clark Jr, how did that come about, and how was that whole experience?
Gary is the man! His skill level is unparalleled, watching him and his band play is so inspiring, and he’s so chill. I met him in a dive bar in Austin, Texas when I was on tour last year. I had booked the tour myself (which was a terrifying concept at first!). On that particular night we had played our best show so far on the tour, opening Andrew W.K. and we were feeling good. Afterwards, we walked down the street into a local bar which was practically empty and there he was. We just instantly became friends, and the rest is history.

I didn’t realize when I asked him if I could open for him that he was going to take me on tour, and it has been one of the best experiences of my life. I got to perform for audiences way bigger than I ever had before. At the last show of the tour we played Celebrate Brooklyn! which broke the attendance record with over 11,000 people. Gary invited me up to sing with him for the first time, and it was amazing- especially because it’s my hometown and I had so many friends there. 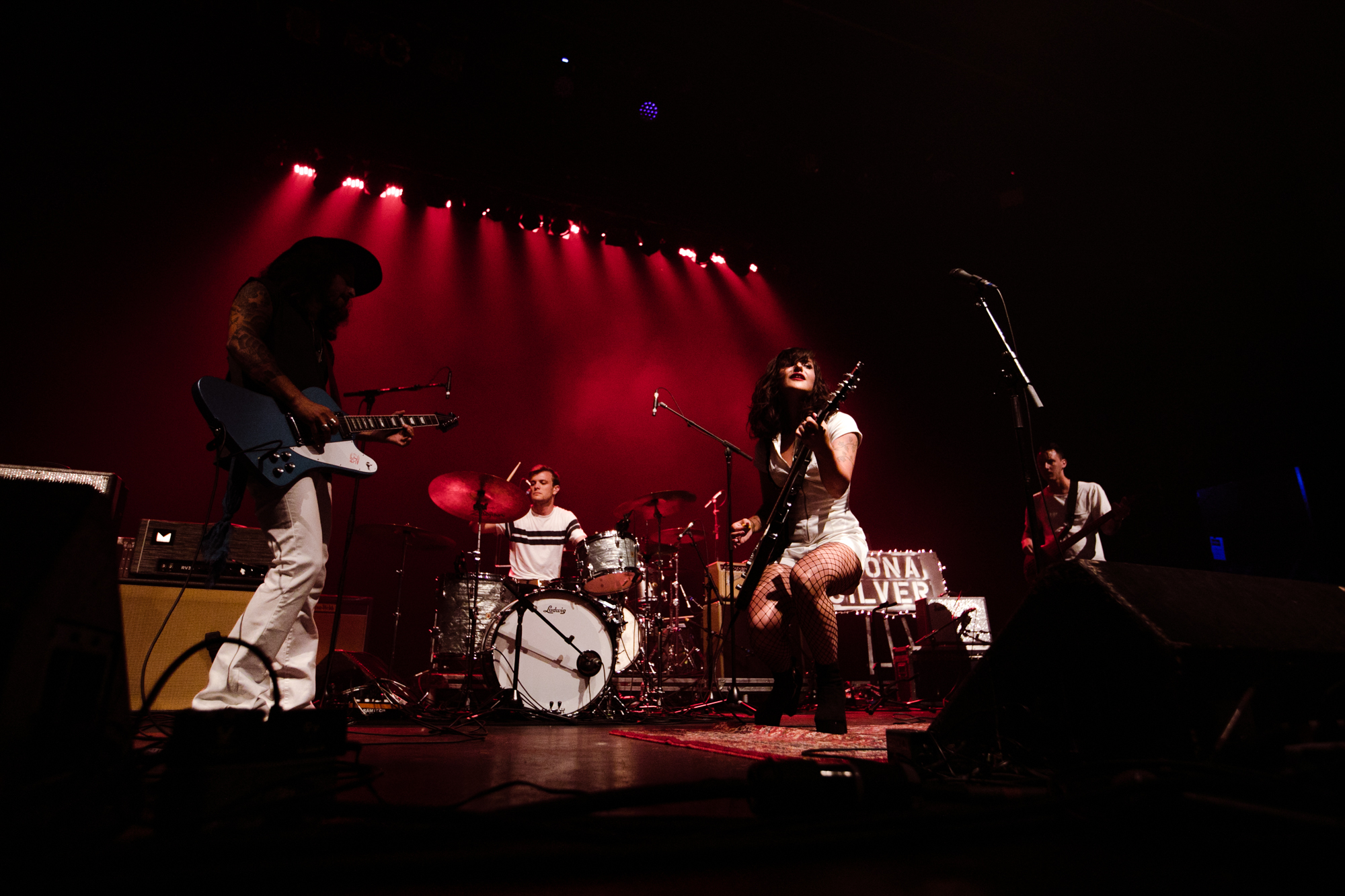 Last month we got to fly out to San Francisco to do four more shows with him at The (legendary) Fillmore. Carlos Santana was a surprise guest on the last show, and he also invited me back onstage which was insane. I was so nervous! Carlos had come into my dressing room after my set though and hung out with me before he went onstage. He spoke about our responsibility to the planet, and to ourselves as artists to have clarity and pure intentions. It was incredibly moving. He’s a very spiritual person, and it’s hard to put that experience into words.

You’ve had a pretty spectacular year, what’s next?
I’m coming to England for the first time! I’m so excited to perform in London, at The Old Blue Last on the 19th of November. I’m also planning to do some radio appearances on Boogaloo and Soho Radio while I’m there. Other than that I’ve just been working on writing and recording new songs, and planning for my first New York show since the Summer, January 8th at Mercury Lounge.