Somewhere in a basement in the Norwegian city of Haugesund with only 36000 inhabitants, four high school kids bonded over their mutual love for heavy 70’s rock along the likes of Black Sabbath and Pentagram – the result? Dunbarrow.

Dunbarrow – where did it all begin?
D: It’s a long story but it all begun with Kenneth, Sondre, Eirik and Richard in high school during recess. Kenneth mentioned how he wanted to start a band and Richard, our old bassist overheard him saying he’d be up for that too. Fast forward to a week later and the band was a reality; Richard on bass, Sondre on drums, Kenneth and Eirik on guitar. After a couple of years Richard left the band, and we asked Espen who’d recorded some demos for us to sing. Before we got around to recording our first album, our drummer Sondre swapped over to bass, and we got Pål Gunnar in on drums. Richard still writes a lot of our lyrics, so we still consider him a part of the band. 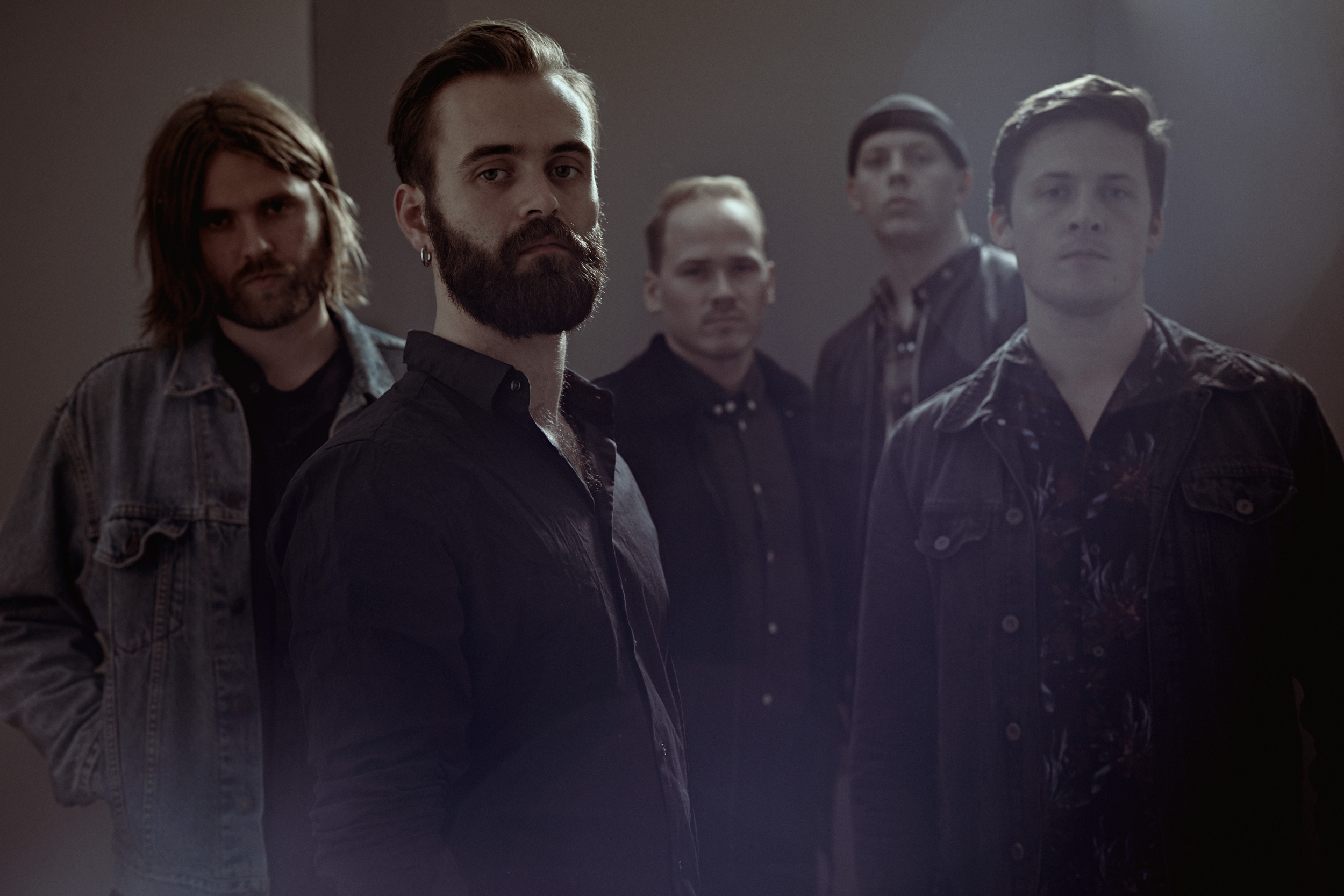 Your music carries a lot of elements of early 70s heavy rock, was that the mutual interest and influence?
D: Yeah it might not come as a shock here that early Pentagram, Black Sabbath and the first three Witchcraft albums were all massive influences, as well as a bunch of other obscure bands from the 60s and 70s. We spent a lot of time in Richard’s basement listening to blues and rock, but was eventually led into the darkness and got drawn towards the heavier side of things. Sweden also had a massive wave of heavy rock about 10-15 years ago that also influenced our sound, as well as some smaller underground acts.

How do you work together as a band, do you create your music mostly by jamming, or have you got a mutual vision and idea when entering the studio?
D: It’s a lot more thought through than what you’d imagine. Our plan when going into the studio is something as simple as having ten songs or ideas we believe in, which we then record live in the studio. Unfortunately we’re all incompetent jammers, and barely any of our music is a result of jamming. Our writing process mostly consists of one of us coming up with an idea and presents it to the rest of the band – after that we spend a lot of time smoothing out the grooves, riffs and melody, often outside the studio, and our songs are a lot of the time not played in it’s full with an entire backline until the song’s about done.

How’s the music scene in your hometown of Haugesund?
D: It’s great and has throughout the years seen lots of local artists also make a name for themselves internationally, such as Enslaved, Susanne Sundfør and Bjørn Berge. We’ve left our hometown, but it’s always a good vibe and audience when we come back, and there’s currently a great metal and rock scene.

You’ve now released two albums, how would describe the development from Dunbarrow I to Dunbarrow II?
D: Our first record was a lot rawer, and although the second one still carries that live-element, it’s also got more punch, and a controlled sound. Less distortion, but still heavy should sum it up nicely. Both albums were recorded live, which means they both carry elements of where we found ourselves just in those exact moments.

How does a day in the life of Dunbarrow look like? Norwegians are mostly known for killing it in the winter Olympics and cross country skiing, is that how you spend your time outside the studio?
D: Of course there is the occasional cross country skiing, although some of us in the band might be slightly better than others, and Espen was definitely not born with ski on his feet. Maybe we could put together rock ‘n’ roll ski event? Apart from that, our everyday life is pretty ordinary, which we then make up for at band practice after hours. We’re all surprisingly highly educated too, while also drawn into the dark. All our academic ambitions are put aside as soon as we step into the universe that is Dunbarrow.