In honour of their fifth album “Get Tragic” out 25th of January on their own label “Jazz Life’, we spoke to Blood Red Shoes guitarist Laura-Mary Carter about the bands transformation and her thoughts on being a recording artist in this digital age. They’re also about to embark on a UK an European tour in support of the release, so head over to their website to get tickets to catch them in your town. 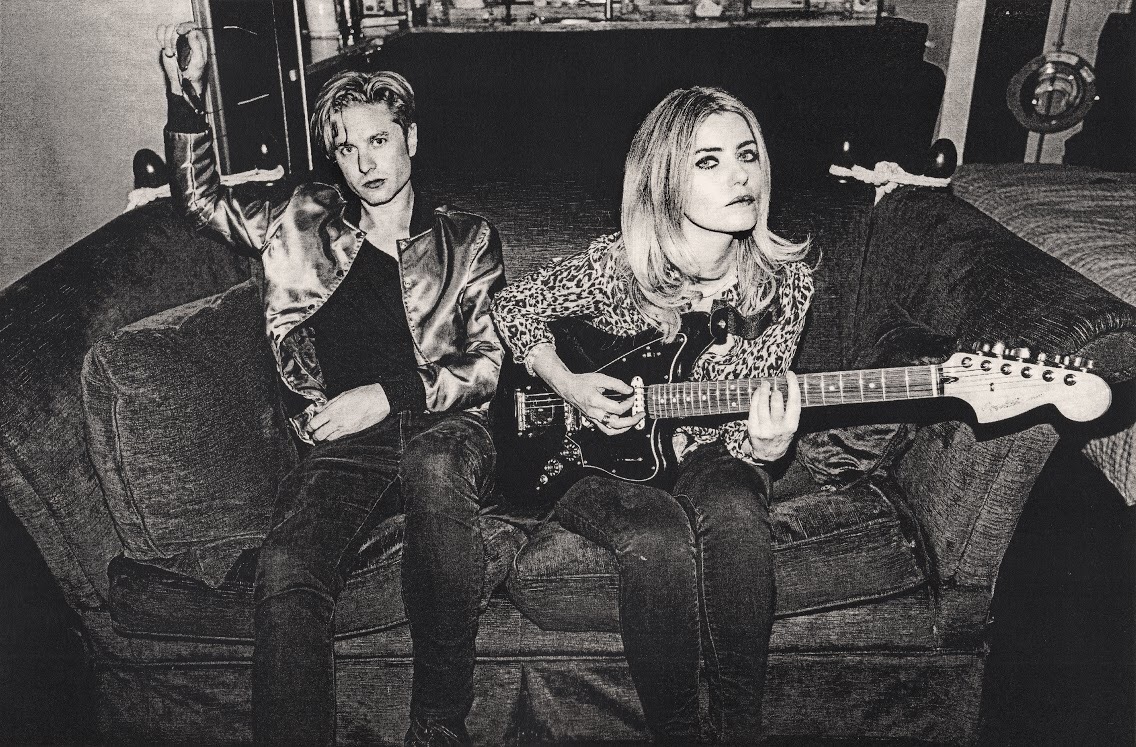 Can you please tell us a bit about the band and how it all began?
Laura-Mary: I met Steven in a squat in Brixton around 2002/2003, his old hardcore band “Cat on Form” were playing and I had gone as it was my friends squat. He asked me what I was drinking and I assumed he was straight edge like the rest of his band, so I hid my drink behind my back thinking “Whoops maybe it’s a non-drinking event!” – Turns out he just wanted some and that’s how we met. We later on ended up playing together at The Swan in Tottenham with our old bands (mine was a riot girl band called Lady Muck) and I remember thinking I don’t know if I like this guy that much but I think I can make music with him. We had a similar love for pop music like Madonna and prince, which at the time wasn’t so cool in our scene. We also both loved Sonic Youth, Blonde Redhead, Nirvana and PJ Harvey. Later on when I heard his band had split up after a tour in the states I emailed him and said lets have a jam. So I guess it’s my fault! We didn’t intend to be just two but we started playing shows so fast it just ended up that way. It took about two years for us to be real friends and get to know one another properly. I guess from that moment I had a feeling this would be a long-term band and the rest is history.

You’ve been together for more than a decade now, how do you feel you have developed musically as a band along the way?
Laura-Mary: We’ve come a long way since the early days; you can hear the progression throughout the years in our albums. The first one we sound like kids and that’s because we were, ha-ha.  When we started I didn’t even own a guitar, it wasn’t until we got signed in 2007 that I bought my first Telecaster, up until that point I had just been borrowing Steven’s guitar and teaching myself as we went along. Same for Steven as he was not a drummer previous to this band, so I guess you could say we learnt our instruments playing together and we have improved a great deal since the beginning.  This new album is our biggest departure; we are no longer playing as a two piece on this record, this time we had to teach ourselves other instruments and record as a full band. Live, we now have extra help, which we have never done before and I personally found my singing voice. I feel the whole record is a surprise, I don’t think its what people expected from us and that is exciting to me.

As an artist, what’s your thoughts on recording and releasing in this digital age?
Laura-Mary: Well I am one of those people that had a burner phone until not that long ago and no one could ever get hold of me but I had to conform as everything is so digital these days, I gave in and we have all the social platforms now. Its an interesting time and especially for music as its changing so fast and often its sometimes hard to keep up! I think there are advantages to get your music heard to a wider audience but also has a downside as there is so much STUFF online things get lost in the noise and people now expect things easy come easy go, there isn’t the same respect for an album people just want new all the time. I guess I have mixed feelings but I know my band mate embraces it all more than I do, I guess I am more old school than him and I like the mystery in the artist and music still.

You’ve got your own label “Jazz Life”; will you be self-releasing this new records? Why did you end up starting your own label?
Laura-Mary: We started “Jazz Life” over 6 years ago now and have put out some interesting bands. Our reasoning behind doing it was firstly because we could! Secondly, because when we first started as a band it was the smaller labels that put out 7inch singles for us that really made a big difference to our career. We have been around the block and know how hard it is to survive in this place called the “music industry”, we want to help out smaller bands and give them a leg up and do the best we can for them without the pressure and expectation labels can put on the artist and we are in the position where we can do that. We released our last album on “Jazz Life” and the same for this new one, we have some exciting artist coming out this year on the label too but yet to be announced. The name comes from touring based on the situations you get in which can be insane. We started saying it as a phrase amongst our crew and we decided to name the label after it. 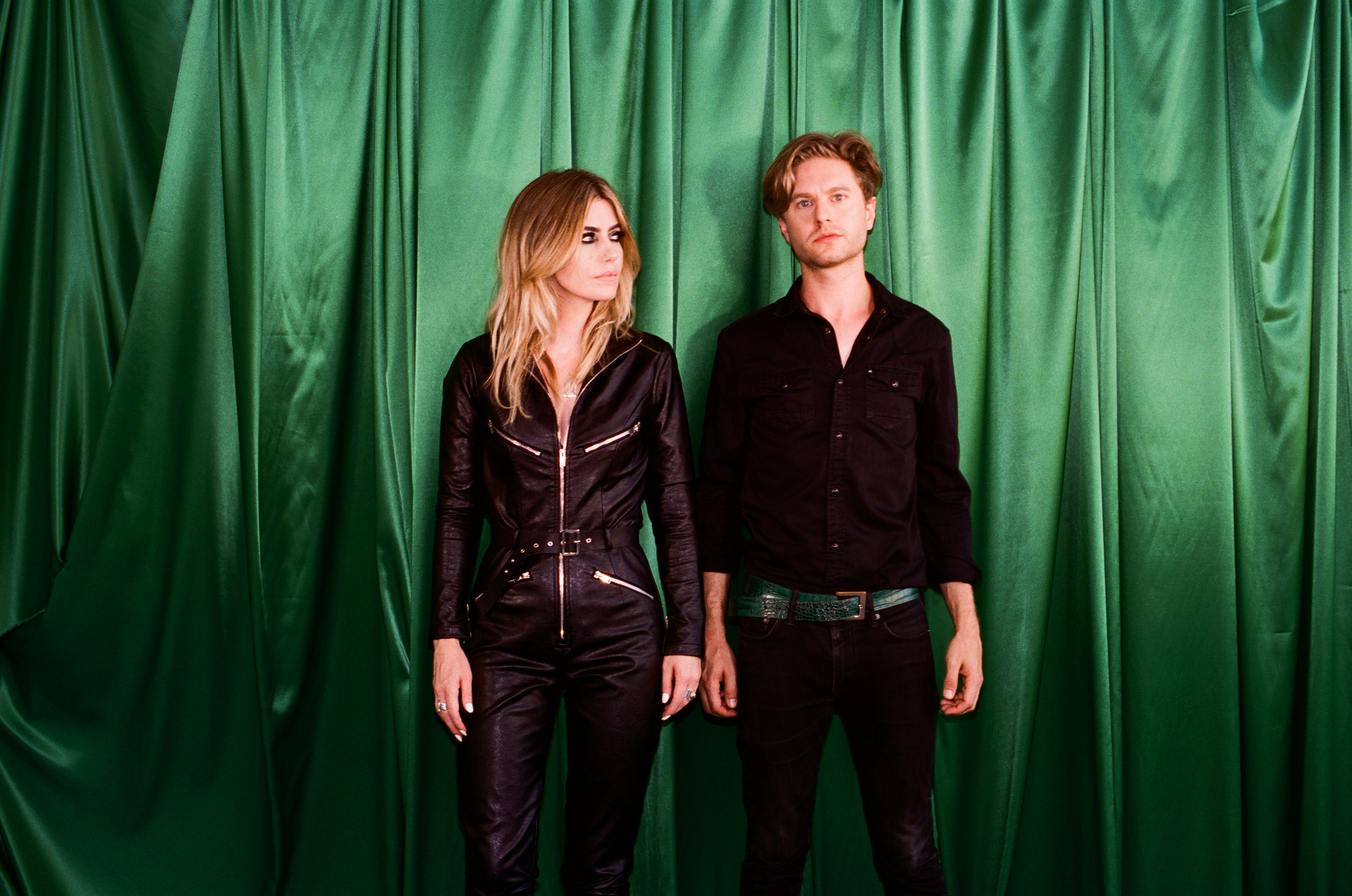 How do you work together as a band when writing and recording?
Laura-Mary: We have always written songs together, we used to get in a room and jam and whoever started singing first ended up singing that song. As we have gone along it has changed from album to album. Sometimes I will write a song without Steven and then he helps with structure or we will sit down together and write parts acoustically or manipulate stuff on pro-tools. Its very collaborative over all and to get a fuller sound as a two piece its easier to do on record but live we have had to really work on our sound, its taken me 10 years to get a guitar sound like the one I have by tweaking and perfecting things over and over.

What are your history and experience with The Great Frog?
Laura-Mary: I grew up in London and I always used to drop by the great frog checking out the jewellery then eventually I was able to buy myself the eagle ring in silver, which I have never taken off since. I think the great frog is part of London and rock history and I love dropping by whenever I can whether that’s in London or LA – I have my eyes on quite a few things ha-ha

What’s on the agenda for this year – album release, world domination?
Laura-Mary: Album is finally being released and I guess its non stop for the year, happy to be back playing and going to new countries for the first time which is actually pretty hard now as we have been to so many places .I am excited for this next phase for the band and also in my life.