Last night we were fortunate enough to be invited to the 40th anniversary of Motörhead’s iconic ‘Overkill’ and ‘Bomber’ albums which are both being re-released as a special 40 year anniversary edition. The party was held at legendary club St Moritz in Soho’s Wardour Street, a club/bar frequented by Lemmy himself back in the day, often accompanied by TGF founder Paterson.

As far as the entertainment of the evening went, there was a panel of old friends, colleagues and acquaintances of Lemmy including Enid Williams of Girlschool, a band Motörhead both toured and performed with – you may have heard their killer version of ‘Please Don’t Touch’ (originally by British band ‘Johnny Kidd & the Pirates’) at Top of the Pops 19th of February 1981, where the two bands were billed as ‘Headgirl’ and you see Lemmy sporting a white blazer.

The panel also included journalist and writer Kris Needs, Ace of Skunk Anansie and industry icon Krusher. Musical entertainment came from Orange Goblin, performing under the name ‘Motörgoblin, while behind the bar you could find official Motörhead beer, whiskey and bourbon, keeping the guests hydrated until the early hours. 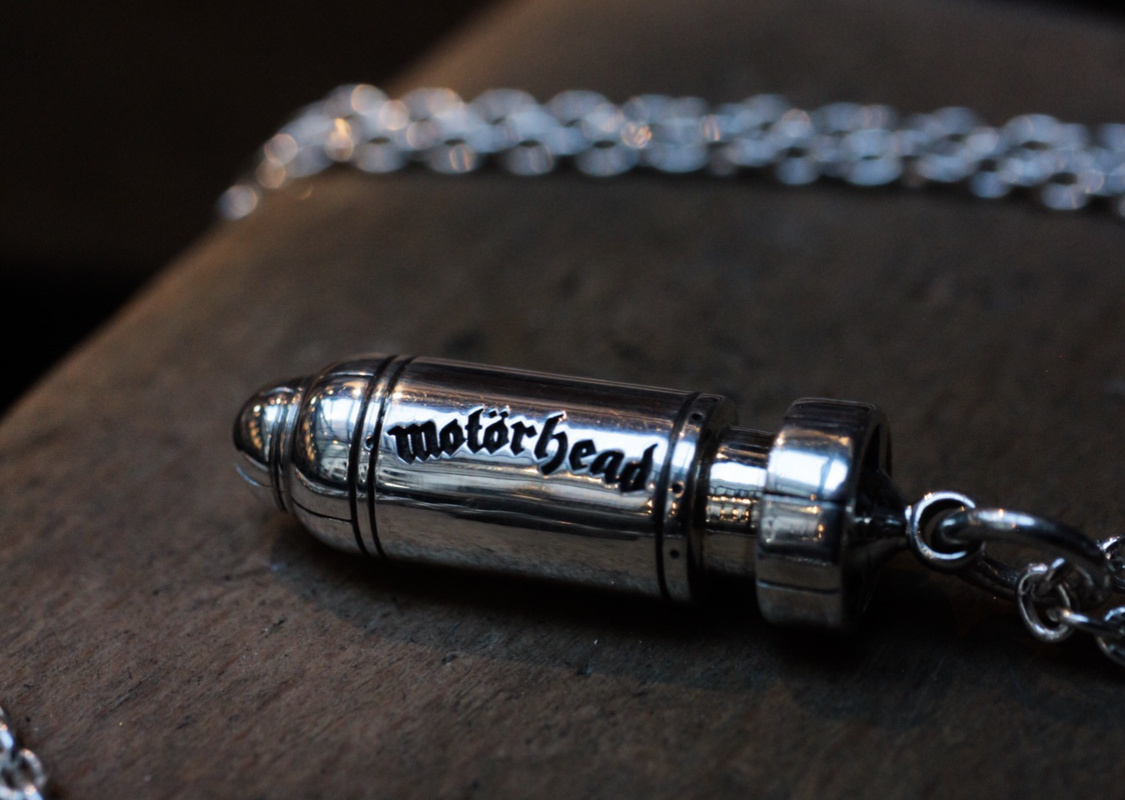 In honour of the 40th anniversary of Bomber, we’ve also released a limited edition ‘Bomber’ pendant which is now available for pre-order. We’re only making 100 of them, and once they’re gone – they’re gone. We’ll be taking pre-orders between 3rd and 10th of October, which will all be ready for collection or post on the 25th of October, the official anniversary of the album.