Having been synonymous with rock ’n’ roll since we opened our doors back in 1972, we regularly get asked by customers about gigs and where to go for good music. London’s a big city, and it’s hard to manoeuvre your way around, especially if you’re not a local. So, to help you all out, we’ve put together a list of a few places we frequent on a regular basis. 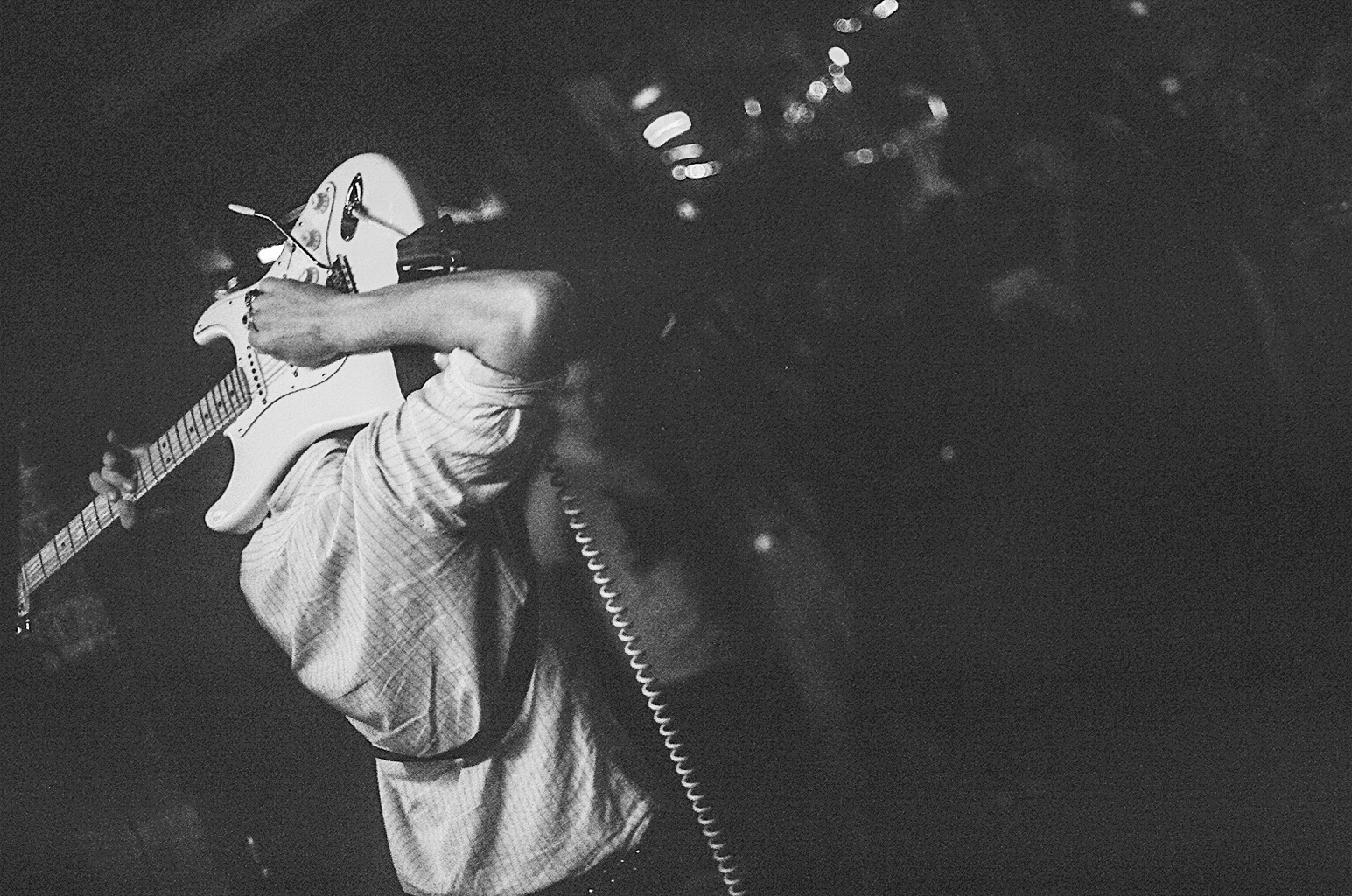 Josh Landau at ‘The Jonesing Jams Vol. 4’ at Blondies – by Sally Patti.

Underworld – 174 Camden High St, Camden Town, London NW1 0NE
Camden’s Underworld is conveniently located in the heart of Camden, just across the road from Camden Town Station below World’s End – you can’t miss it, if you do, you’ve had one too many. With a 500 people capacity, the World’s End is the perfect in-between sized venue to catch both local and touring bands, and the sound is pretty amazing too. Only downside is a massive pillar in the centre of the room, but oh well, you can’t have it all. Upcoming acts include legendary Girlschool, Danko Jones, Ningen Isu, Heavy Psych Sounds Fest and Lucifer.

Ain’t Nothin But – 20 Kingly St, Soho, London W1B 5PZ
Just around the corner from our Soho store, you’ll find blues bar ‘Ain’t Nothin But’ on 20 Kingly Street. ‘Ain’t Nothin But’ is a TGF favourite, and used to be a favourite of The Great Frog himself, Paterson Riley, when he was still running the show. They have live blues bands every day, and we recommend getting down nice and early as spaces are limited and demand is high. 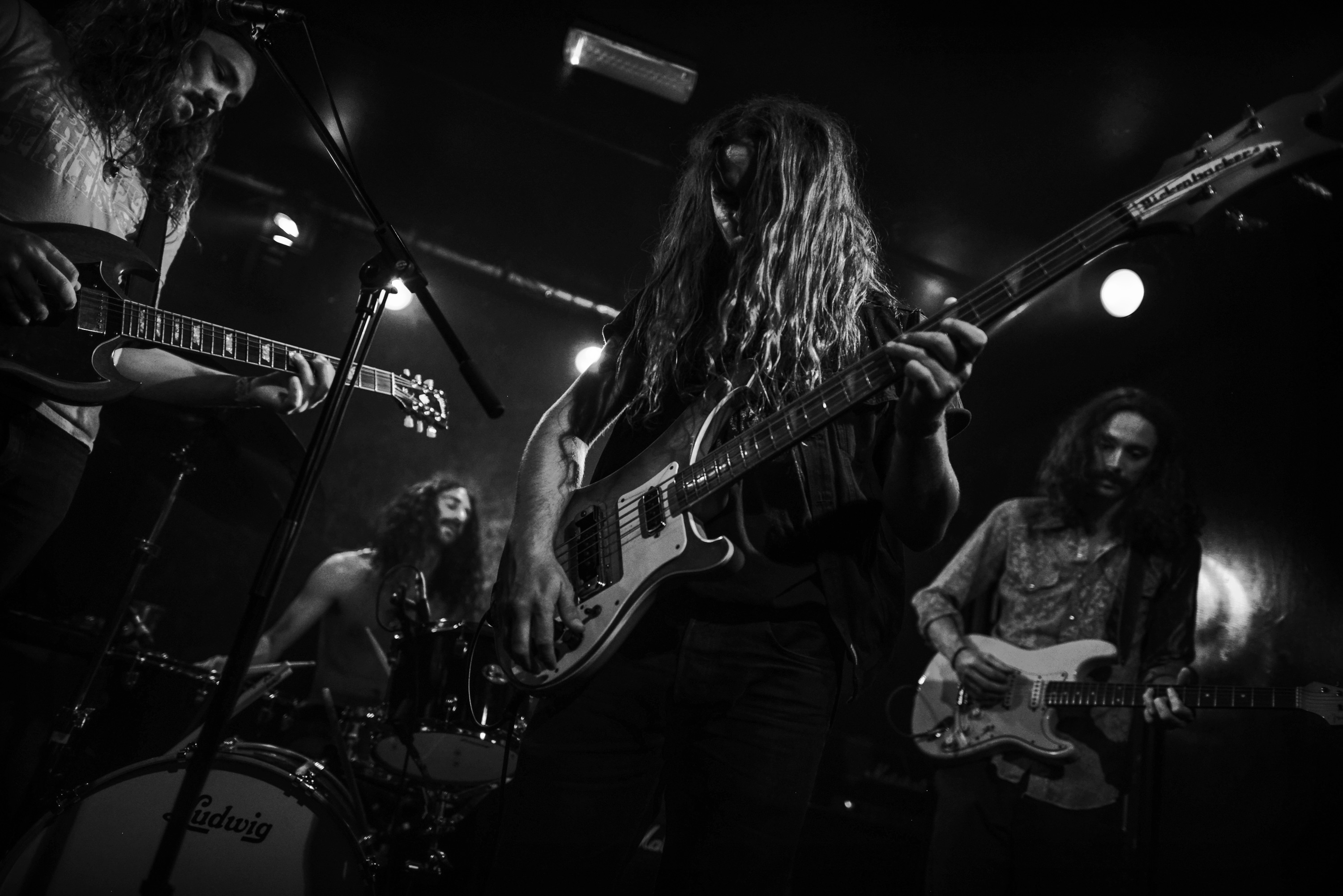 Sacri Monti at The Jonesing Jams, at The Black Heart – by Emily Power

The Black Heart – 3 Greenland Pl, Camden Town, London NW1 0AP
Situated just around the corner from the Underworld is the infamous dive bar The Black Heart, a place we’ve spent many a late night at.  Featured upstairs is a 170 cap live venue which in many ways is like the younger brother of the Underworld – same kinda vibe, but smaller. Brace yourself for the unisex toilets, they are notoriously known for their, uhm, sticky floors…

The Lexington – 96-98 Pentonville Rd, Islington, London N1 9JB
Bang in between Angel and Kings Cross you’ll find The Lexington, a cosy pub with delicious food, and a sweet live room upstairs. The Lexington has hosted bands such as King Gizzard and the Lizard Witches and All Them Witches, and is often a stepping stone venue as the promoters are great at picking up bands that are just about to breaking it big. The sound is pretty amazing almost always, and they’ve got a late license at the weekends, meaning you can hang out and boogie to the DJs until 4am should you wish to do so. The Lexington caters for every genre, pop, rock, indie, metal, punk, psych – whatever floats your boat. 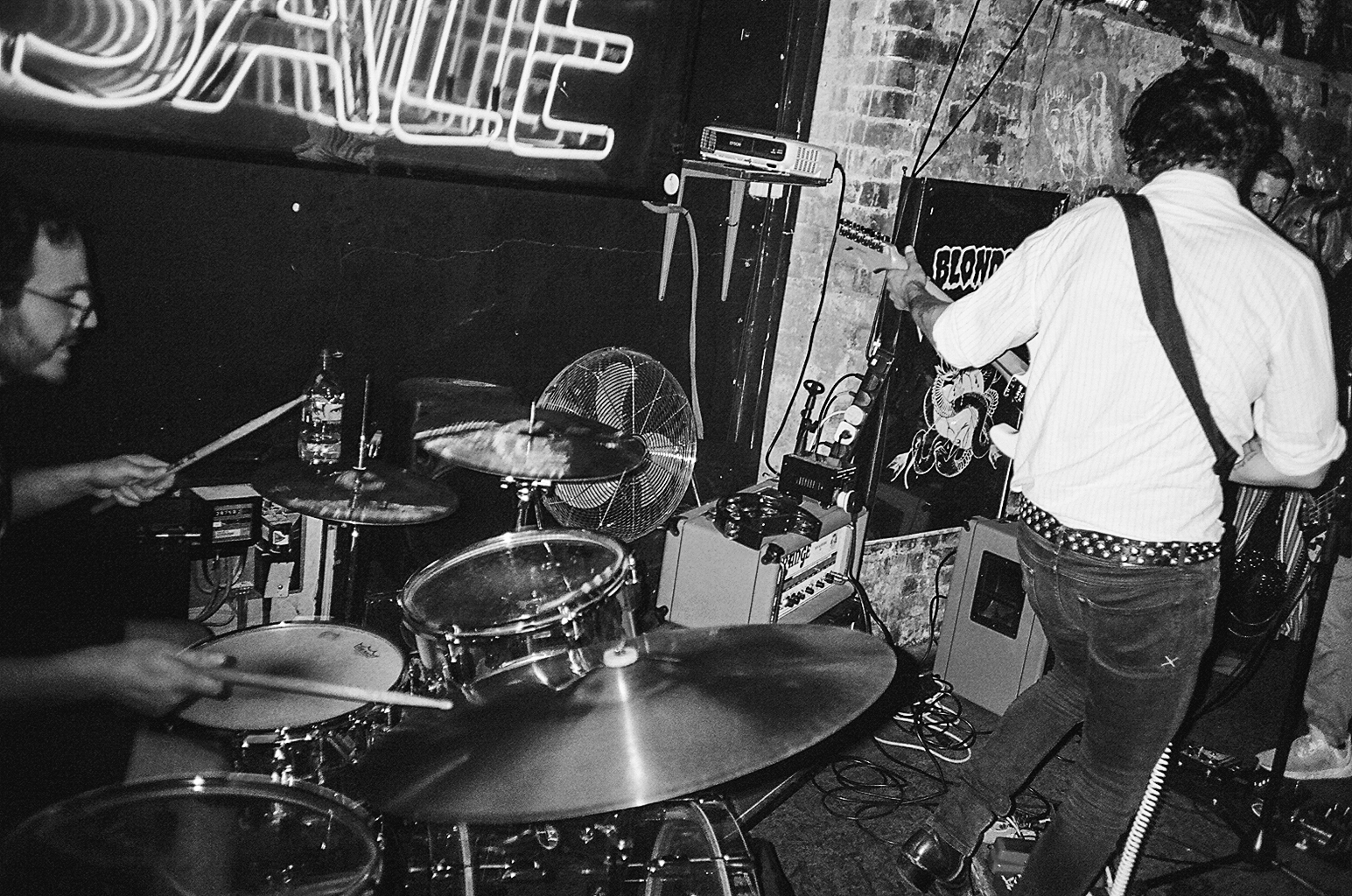 Rich Noakes of Derelics and Magic Moss & Josh Landau of Easy and The Shrine at ‘The Jonesing Jams Vol.4’ at Blondies – by Sally Patti

Blondies – 205A Lower Clapton Rd, Lower Clapton, London E5 8EG
Despite being absolutely tiny, Lower Clapton dive bar Blondies has housed some major names in rock, Machine Head, Mastodon and The Shrine, to name a few, and, believe us, when we say tiny, we mean it; 70 people squeezing into a 50 cap bar with bodies flying everywhere. A sweet little east London hangout.

Under the Bridge – Fulham Rd, Fulham, London SW6 1HS
If you venture across the river to south London you’ll find ‘Under the Bridge’, a venue hosting iconic bands on a regular basis, with some of the upcoming acts including former UFO guitarist Bernie Marsden, The Zombies and Focus.

100 Club – Century House, 100 Oxford St, Fitzrovia, London W1D 1LL
Iconic 100 Club is located in the heart of central London in the middle of Oxford Street, and has seen some of the biggest names in music history play there, such as The Who, The Kinks, Muddy Waters and Oasis, and they now host an eclectic mix of older established artists, as well as up and coming ones. Due to the venue’s rich history, this has also become a popular place for current bigger bands s like The Rolling Stones, Metallica, Alice Cooper, and Queens of the Stone Age, to name a few, to hold secret and intimate shows. 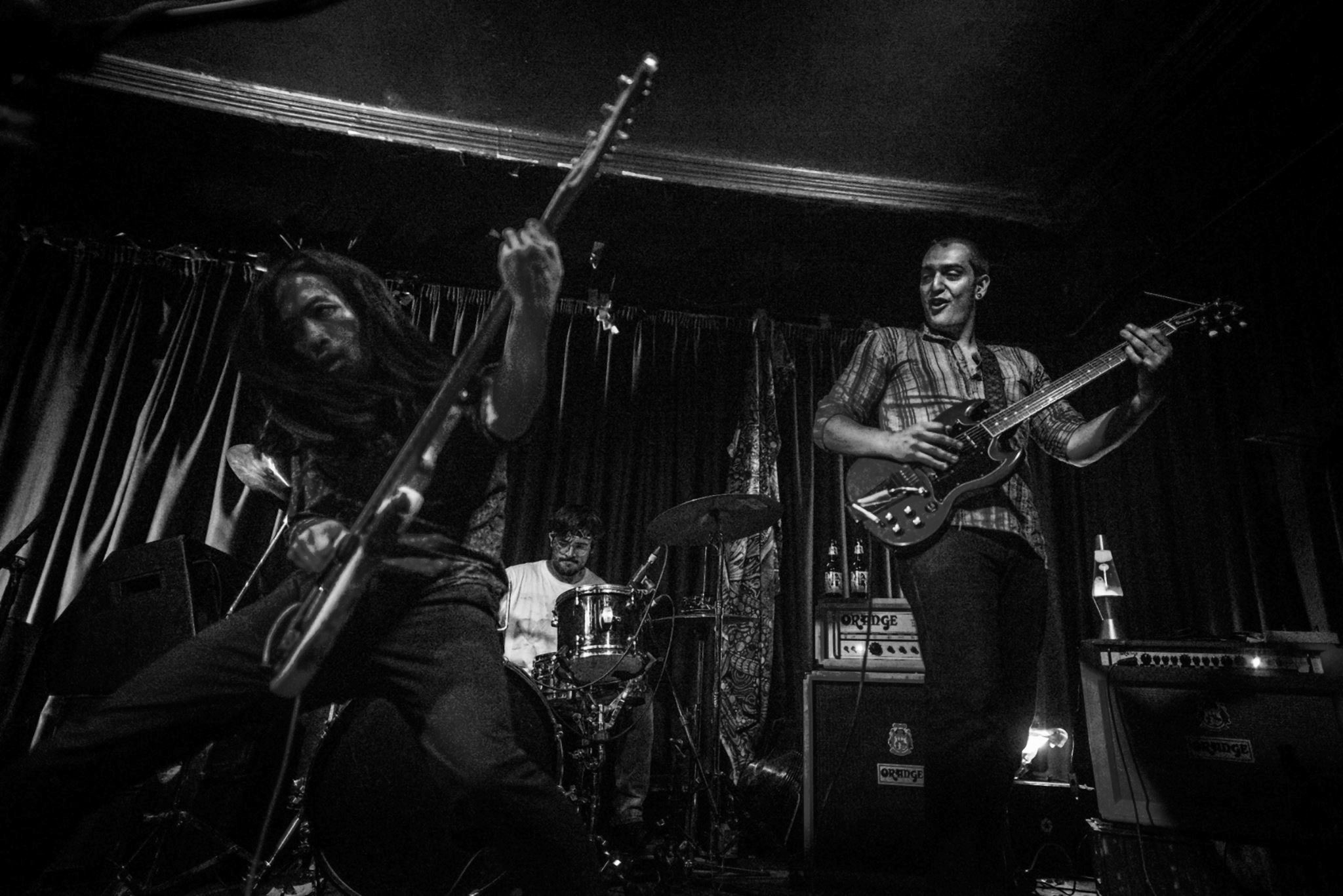 Swedish Death Candy at The Jonesing Jams, at The Unicorn – by Emily Power

The Unicorn – 227a Camden Rd, London NW1 9AA
About a fifteen minute walk from Camden towards Caledonian Road you’ll find The Unicorn, an open plan pub / music venue which caters mostly to the heavier side of things. Most gigs are free which is a massive plus for an empty pocket.

Moth Club – Old Trades Hall, Valette St, London E9 6NU
Hackney’s Moth Club is an old working men’s club kitted out with gold glitter and sparkles. They do a wide variety of events from movie nights to quizzes and gigs – we’re gonna focus on the latter. At Moth Club you can catch anything from hip hop and dreamy indie to grunge, stoner and metal.

The Dev – 33 Kentish Town Rd, Camden Town, London NW1 8NL
The Dev might just be the dingiest dive in Camden, and we love it. It serves a purpose both as a daytime boozer with heavy music and evening venue with free shows. It’s parallel to Camden High Street on 33 Kentish Town Road, but luckily not a tourist trap. 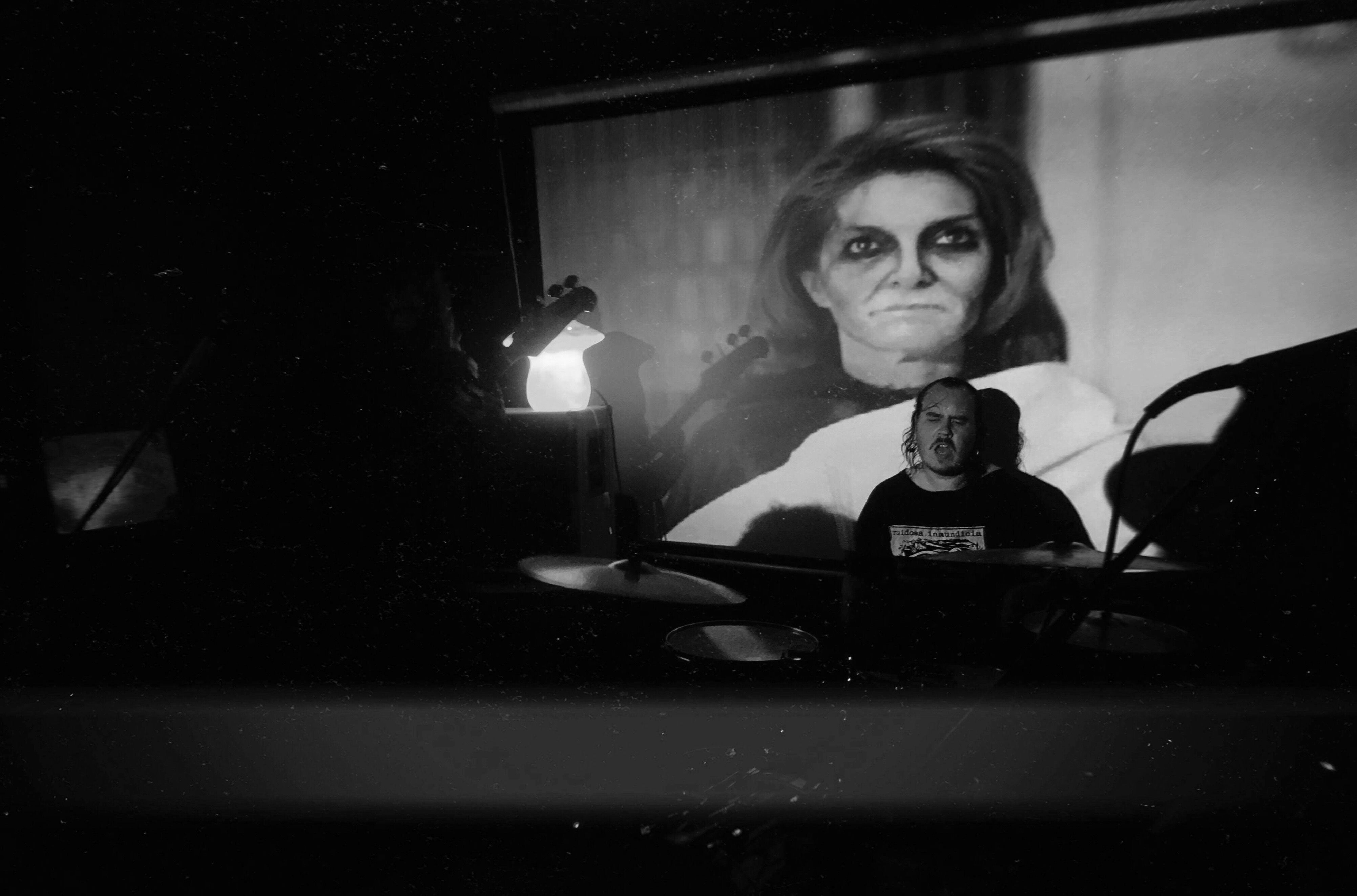 Kaleidobolt at The Jonesing Jams, at Helgi’s – by Ella Stormark

Helgi’s – 177 Mare St, London E8 3RH
Another east London hangout is psychedelic dive bar Helgi’s. Kitted out like a spacey trip joint, the front room has a strict ‘vinyl only’ policy, and you can expect obscure gems from the 60s and 70s blasted at full volume. In the back they’ve got a 50 people capacity live room where they host both local and international bands, focusing on mostly psych rock.

Bird’s Nest – 32 Deptford Church St, Deptford, London SE8 4RZ
Deptford’s Bird’s Nest has been around forever, and have hosted bands such as Squeeze and Dire Straits, although then under the name ‘The Oxford Arms’. They put on a variety of gigs and shows, raging from reggae and ska, to punk, metal and rock. It’s a pretty unpretentious place with cheap drinks and free shows.