This was how life started for Ian, later known, and more known as Lemmy. Bassist in space rock band Hawkwind, before creating his own band, and the loudest band in the world, Mötorhead. Lemmy would have been 73 just a few days ago, but sadly passed away three years ago today, four days after turning 70. With decades on speed and a bottle of Jack a day I’m somewhat surprised that he lasted that long, while at the same way I was pretty sure he’d outlive us all. Either way, Lemmy was on the road until the very end, doing what he loved the most. We’re all devoted Motörhead and Lemmy fans at The Great Frog, so it’s only fitting to write a few words on the greatest rock n roller to have ever lived. While doing so, I decided to speak to Mr Great Frog himself Paterson Riley, former TGF founder, and friend of Lemmy; 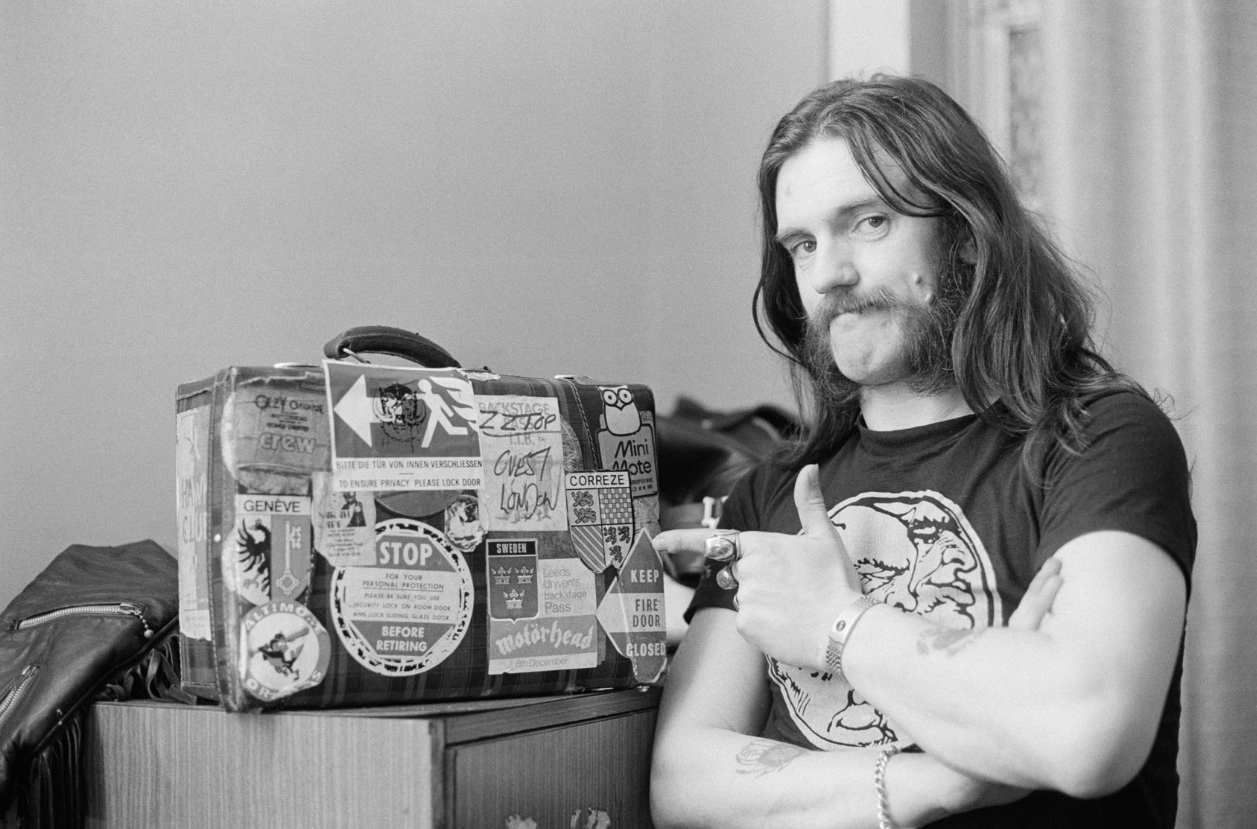 “I first met Lemmy in his Hawkwind years, although I cant remember exactly when, as the 70’s are a bit of a blur. He’d stop by the shop if he was in town and he always had some sort of new war memorabilia or a new knife he wanted to show me, accompanied by some crap joke. We had this spot around the corner where we’d smoke dope, and one time this young kid caught us doing so and he couldn’t believe what he was seeing; “You’re Lemmy!!” Lemmy looked at him and replied “I could be for a quid.” Everyone was in rock ’n’ roll bands at the time, and we’d go to gigs at Ronnie Scotts or play records in the basement workshop. There used to be a bar a few streets down the road underneath a Swiss restaurant where we’d all hang, Lemmy in the corner playing the slot machines. We didn’t really know it at the time that we were kind of making history.” 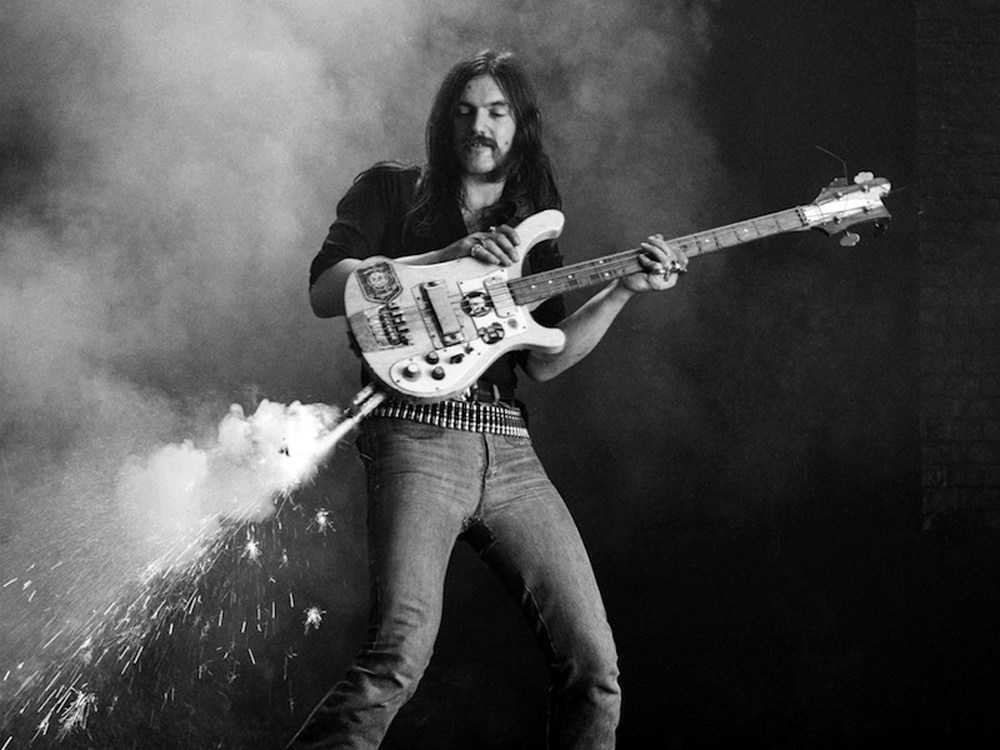 Shortly before beginning rehearsals for the landmark 1980 Motörhead album Ace of Spades, Lemmy collapsed backstage after a show at Stafford Bingley Hall and had to be revived for the encore. In his memoir, he says he told the press that he was exhausted from receiving three blowies earlier that afternoon. “That was true, actually,” he said. “There were chicks all over the place, and there was this really cute Indian bird  she was two of them.”

Before Hawkwind and Motörhead, Lemmy spent time working as a roadie for Jimi Hendrix doubling as his acid dealer. When asked if working closely to Hendrix taught him something Lemmy replied; “Yeah, I learned to give up guitar and play bass instead.” And god damn I’m glad he did! He also tried teaching Sid Vicious to play the bass, before realizing that was a lost cause. What Lemmy did do though, was to unite punks, metal heads and rock ’n’ rollers. He was a longhaired, speed freak of a punk who played fast, heavy, and loud, louder than anyone and everyone else. He really was the epitome of sex, drugs and rock ’n’ roll, and a truly outstanding songwriter and musician, and I say, let’s spend this day listening to Motörhead as loud as humanly possible. Forget about about the pressure and commercialism of Christmas, have a Jack and coke for Lemmy, cause Lemmy was in Motörhead, and he played rock ’n’ roll. 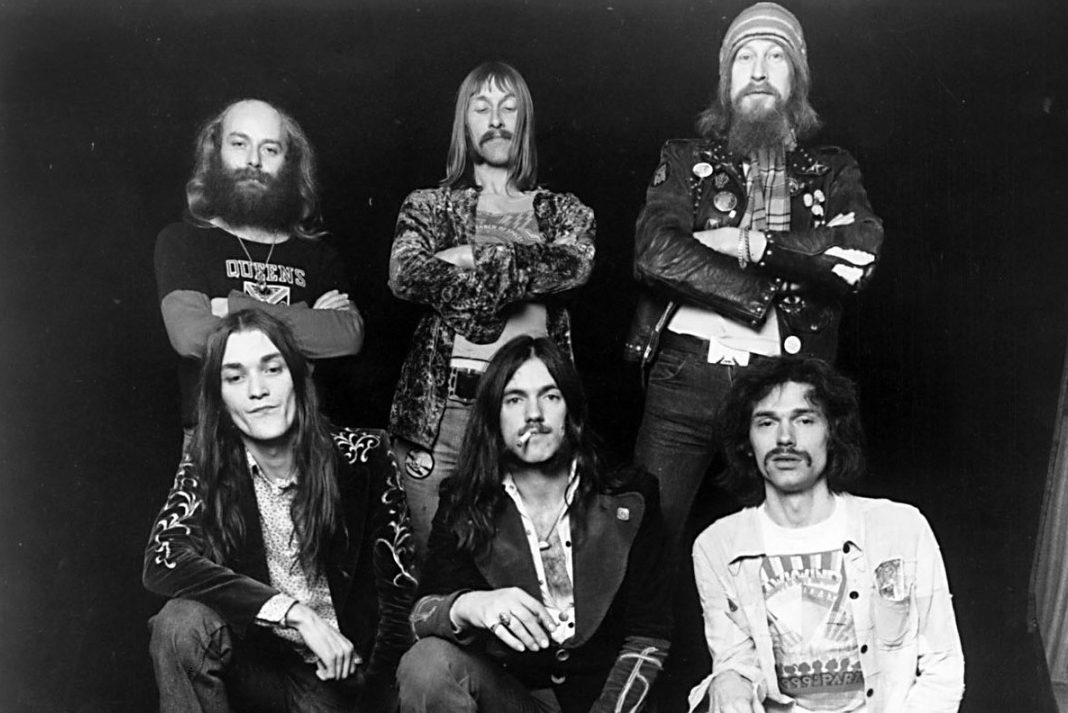 Article originally posted for what would have been Lemmy’s 71st birthday on Christmas eve 2016, found here. Photographer of header photo unknown, please get in touch via [email protected] if you shot it or knows who did.