Let’s start at the beginning, the birth of The Schizophrenics – how did you two meet?
Lety: Pat and I met in high school, I had a Ramones cover band for a few weeks and asked him to play bass. After school we didn’t see each other for 7 years, then shortly after we ran into each other again The Schziophonics started. This band was always a three piece. The original drummer quit after s few months and I was always there so I ended up learning to drum because they didn’t know anyone else. After a few years we kept getting busier and busier to the point where we’ve had good friends come and go due to them wanting to focus on other projects, us being too busy and not being able to tour as much as we do. We are lucky we have such an amazing group of musicians that have been able to be a part of this with us. 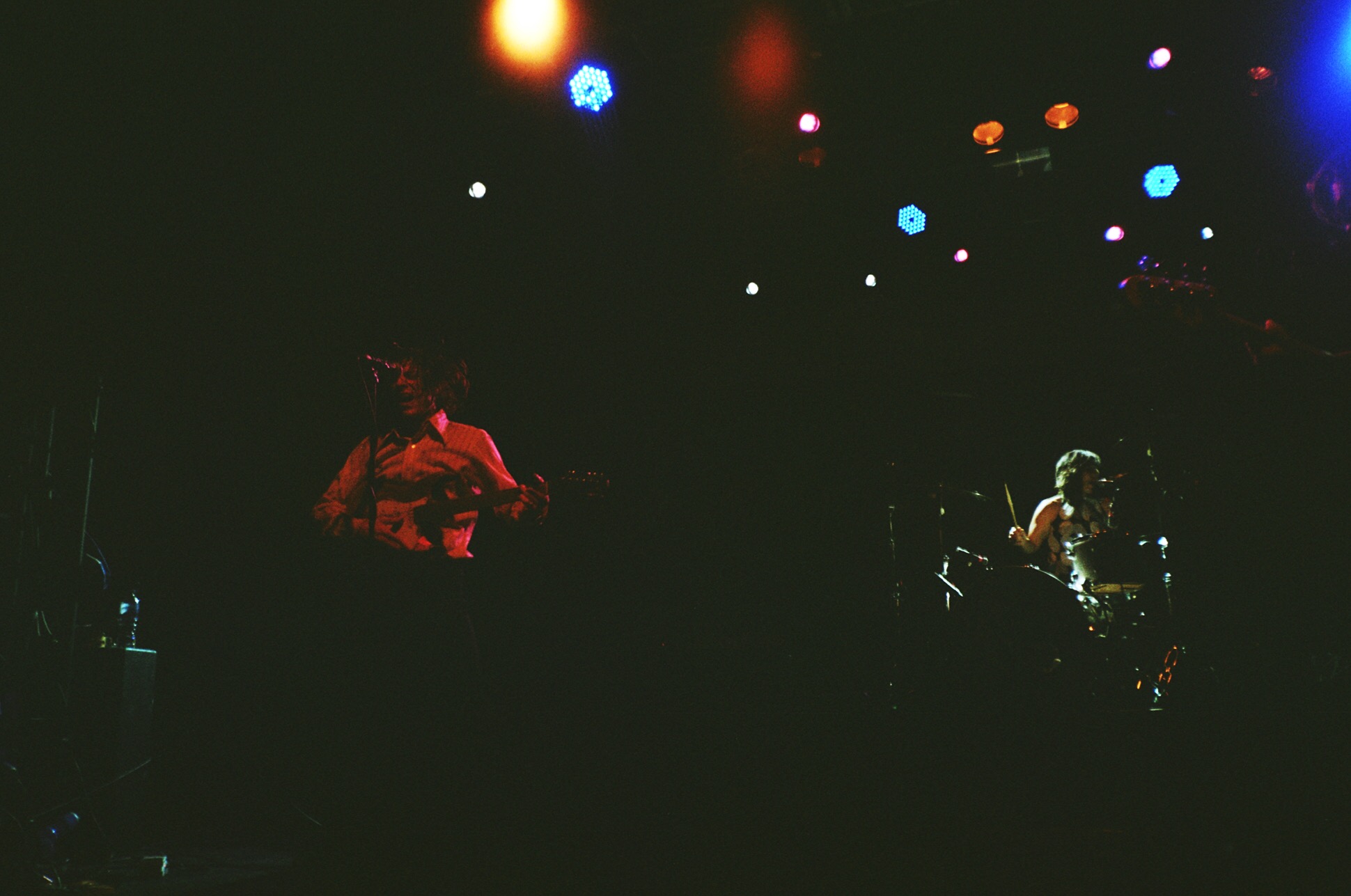 How do you work and write with you two being the only permanent members of the band, do you get bassists in for the writing and recording process, or do you do write and record that yourself and only bring a third part in for shows and tours? What would you say are the perks and downsides of having various friends fill in on bass compared to having a full time bassist in the band?
Lety: Pat is the main song writer so he shows me the new songs and we get all the arrangements and kinks worked out together. For the recording process we have used whoever is filling in at the time and have had Pat do those parts too. Depends on the session. Perks of having a few friends know the set is if someone is unavailable we can call another friend to fill in. We’ve been able to do more tours and shows that way. Most of our bassists haven’t been just bass players either. They’re guitarists and front men in their own projects. That’s the biggest reason we have had so many and that’s ok. We love supporting our friends and we’ve been a part of other projects in town too if someone needs bandmates. 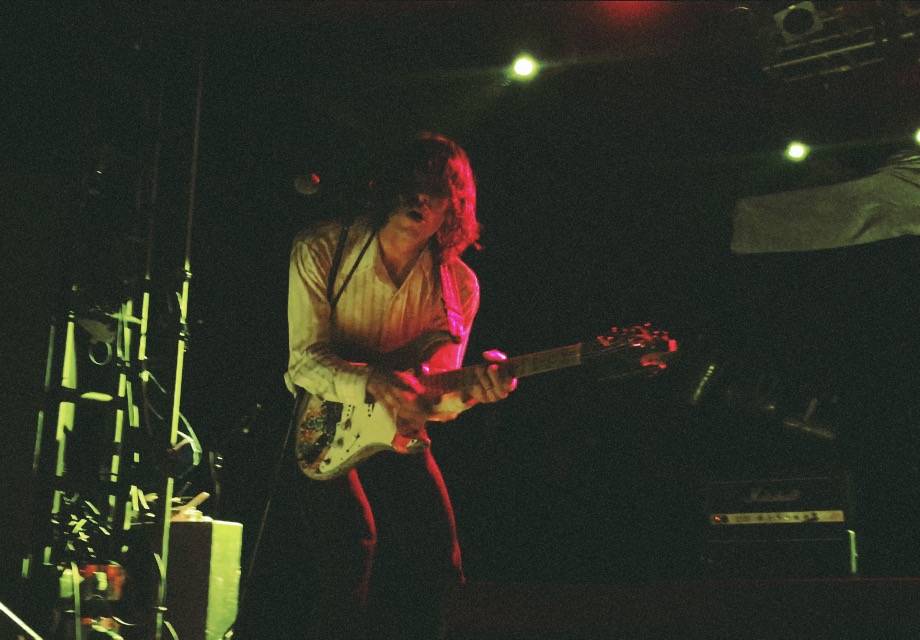 Can you tell us a bit more about your record ‘Land of the Living’?
Pat: We’ve been playing live for years, but we’ve only ever put out 45s. This is our first full lp, and it’s a mix of old and new songs. The common theme of songs is us trying to still have a good time and find simple joy in our crazy divided country. It’s basic rock and roll escapism.

You’re known for your energetic and intense live performances, how do you get ready for a show? Any pre-gig rituals, anthems or exercises?
Pat: I like to dance if there’s a DJ or opening band, or just warm up on guitar. It’s good to be in that weird headspace before we hit the stage. I try to take it as seriously as possible without worrying if it all goes off the rails, because that chaos is kind of part of the show too.
Lety: Eating light is big! You don’t want to have a heavy meal and then go play the show, it’s like going for a jog, makes me sluggish.

Although there’s clear 60s garage rock influences in your music, can you run us a bit through bands and artists that inspire you as musicians? What made you pick up your instrument in the first place when you were younger?
Pat: Definitely Jimi Hendrix, the MC5, the Stooges, Bo Diddley, James Brown… A cassette of “Are You Experienced?” made me pick up the guitar when I was 14. 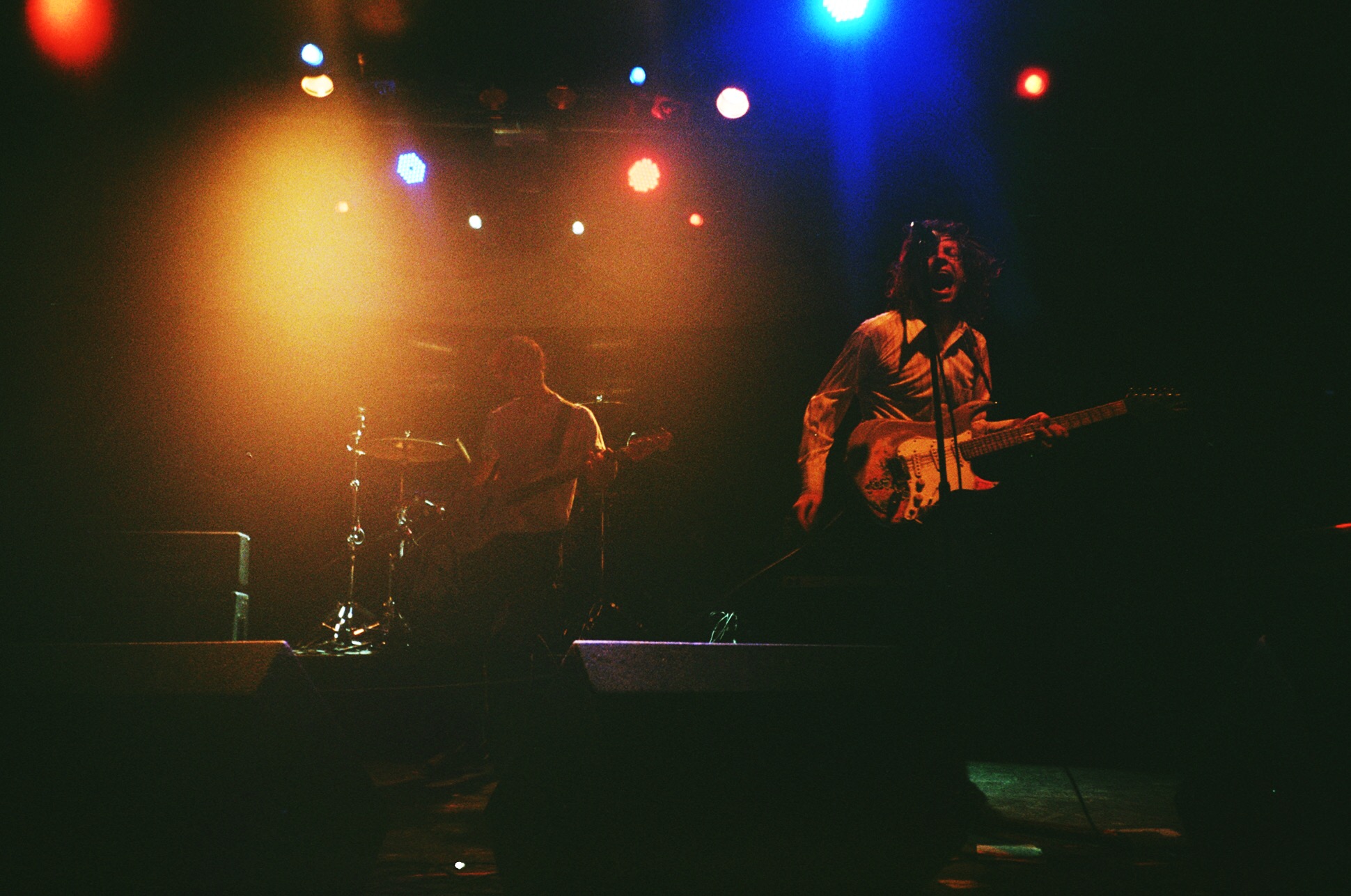 You’re based in San Diego, which in recent years seems to have become the capital of 70’s inspired psychedelic rock – how would you describe the music scene there? Is there any hidden gems you want to share with us over in rainy London?
Pat: There’s a lot of cross pollination, with everyone playing in everyone else’s projects. I think what sets it apart is the live energy of a lot of the bands, like the Loons and the Creepy Creeps. It probably came from all these bands sharing bills and trying to top each other, but it never feels competitive.

I’m under the impression you guys tend to stay busy – how does life look like when you’re not on the road?
Lety: We love catching live music and supporting the scene in San Diego, but when we aren’t at an event we have a mini Dachshund, Beanie, that we love walking and hiking with. I also just got into sewing stage clothes like dresses and shirts.