How did you get into music in the first place, do you come from a musical background?
Frank: I thank my immediate family for always being really into music and introducing me to an eclectic mix of stuff early on, but nobody played an instrument other than my mother who played the piano when she was younger. My appreciation for music as a listener seemed to hit a wall, and the only way to further my appreciation was to learn how to play an instrument, so at 15 I eventually picked up the guitar. A lot of my close friends played, so I just gravitated towards it and couldn’t put it down until I knew all of my favourite Led Zeppelin riffs.

Most people might know you as Slash’s guitarist, can you tell us a bit about your previous projects?
Frank: I played in a homegrown band in Vegas for years called Saint Rose before I ended up on tour with a band called The Cab in 2011. They were more of a pop band and had a massive following, so it was a blast going out with them all over the world for my first time for just under a year before getting connected to Slash and the guys. It was a bit of a jump style-wise, but rock music has always been my life so I was thrilled to make that transition.

How did the Slash adventure start?
Frank: My involvement in this band all starts with Brent Fitz, we both live in Vegas and we’ve known each other for a while now, but before we ever played together we were friends that would always grab coffee and chat music. When I was on tour with The Cab in February of 2012, I received an invite to audition for Slash’s band as they had just let their previous guitar player go. Brent had referred me to the guys, and I ended up flying from Toronto to LA mid-tour on Super Bowl Sunday to jam. I had always been a big GNR fan and always dug Slash’s playing so I knew a bunch of the songs already. We played about 5 songs including some Guns songs but mostly jammed his solo stuff and it was a blast. On the flight there I thought that if I don’t make the cut, I could still walk away with the experience of jamming ‘Paradise City’ with the guy who wrote it. Slash ended up calling me about 4 days later and asked if I wanted to join the band and it’s somehow already been 7 years since then. 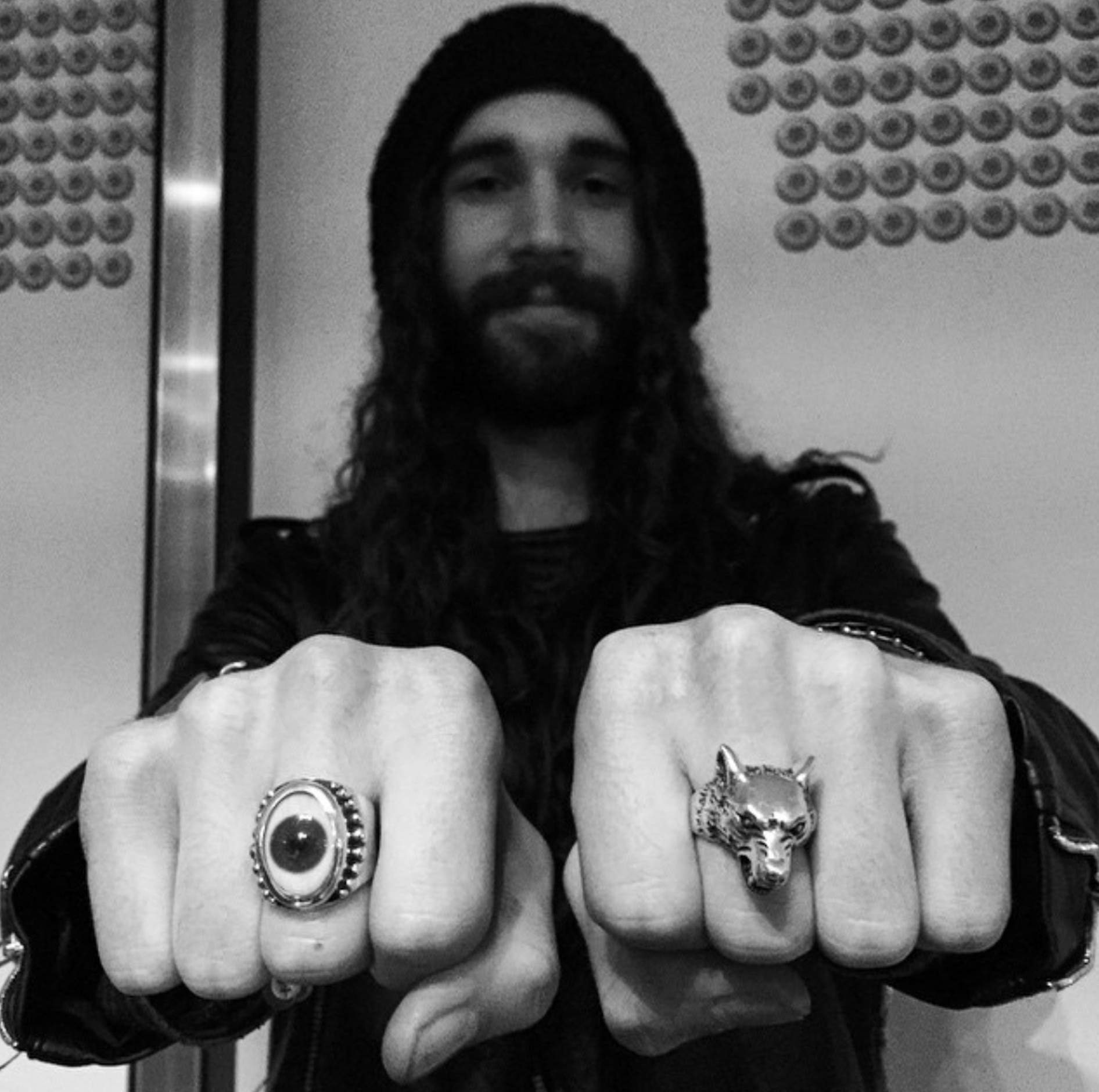 Joining must have been a pretty surreal experience?
Frank: Definitely! I think the first “pinch-me” moment for me ,and my father, was when we played the Revolver Golden Gods awards and Alice Cooper came up to jam ‘School’s Out’ with us. My Dad’s first concert was seeing Alice on the ‘Welcome to My Nightmare’ tour and had since befriended him over the years and has always donated to his charities, so when I received the news that Alice would be playing with us it was a big deal. Alice has always been cool to me as a kid, but when we soundchecked at the awards show, his acknowledgment of me playing with Slash was definitely a moment. I’ve played with Alice many times since and it’s always killer. He is the real deal.

How does ‘a day in the life’ look like on the road?
Frank: Mostly looking for the best coffee in town and the local guitar store before soundcheck. Not the most riveting rock and roll band guy stuff, but it’s definitely the ritual. At this point I’ve compiled a massive list of every coffee shop I’ve ever been to around the world that I add to and revise as I visit and revisit each city. It gives me a chance to get out and see the places we play even if it’s only for a few hours. Next up is soundcheck, the show, bus to the next city, coffee, ad infinitum, and I love it.

As a guitarist, who would you say have influenced you the most, and why?
Frank: If I had to pick one person guitar-wise, I’d say I owe the most to Jimmy Page, as all of us guitar players do. Then maybe Paul McCartney overall. David Bowie, Alice Cooper – It’s so hard to pick just one artist or band who’s influenced me the most because I’ve always been so inspired by a lot of non-guitar playing artists such as James Brown or Michael Jackson too. There’s a certain magic that they all bring to the table and it has always made me want to pick up my guitar and be like them in some way. 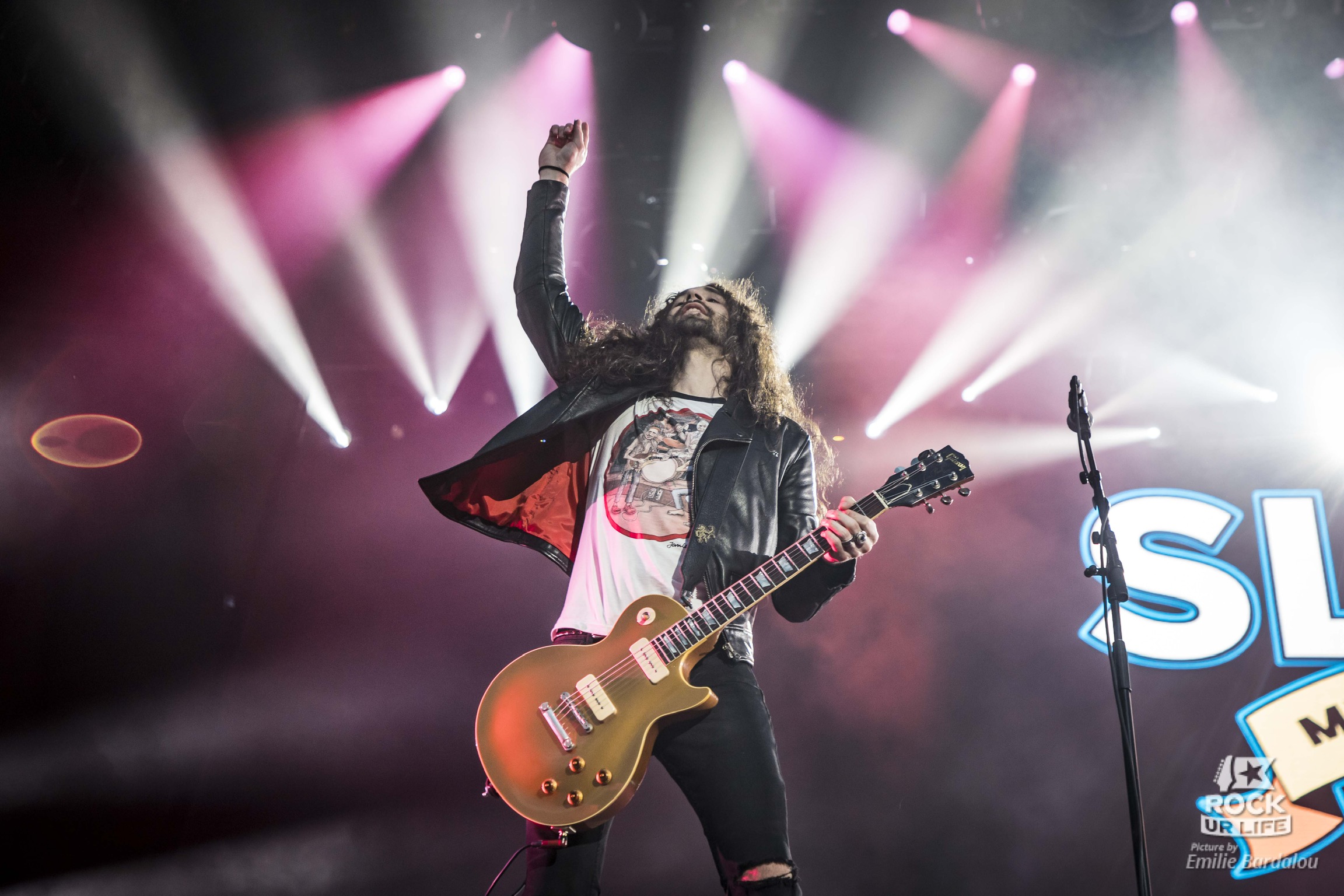 So pretty varied then which is cool! What are you currently listening to, have you got a top 5 at the moment?
Frank: This changes a lot, but my current top five will have to be:

How did you first hear about The Great Frog?
Frank: I was introduced to some of the staff who were working at The Great Frog around 2015 by our former and Ghost’s current merch guy, Jason Ramer. I wanted to buy one of the Beaded Eye rings and he knew a few of the girls so we had them out to our gig in London at the Wembley Arena and I’ve kept in touch with the LA/London store ever since, having various eye rings made over the years, etc. Love my jawless Plague skull and Wolf ring too.

You’re the man behind our Bowie Eye! How did it come about?
Frank: I believe it was a week or two after David Bowie passed that I had the idea to commission The Great Frog to create an eye ring of his iconic damaged left eye with the dilated pupil. As a fan of the rings and a huge fan of the man himself, I felt it would be a unique and personal tribute. There was no plan on either side of selling the Bowie Eye at first, but once we posted photos of the finished product, the demand was definitely there to publicly release for purchase.