Before his show at London’s Village Underground, we sat down with multi-instrumentalist Hanni El Khatib to have a quick chat about his latest album ‘Savage Times’, and his new approach to recording and creating.

You released your latest album ‘Savage Times’ earlier this year, and it’s pretty easy to say it’s very different from your previous ones, but then again, all your other ones have been different from the ones before. What stands out about this one though, is that you’ve covered a lot of ground, and it’s different to pin it down under one genre or category as one song is so different from the next one. In many ways, it sounds like a greatest hits compilation, besides the fact that all the songs were new and have never appeared on an album before.
HEK: Well it was kind of recorded and released that way as well. My whole plan was to release music as quickly as possible after I’d recorded it. Essentially, every two or three weeks I’d put out a song, and at the end of each month or whatever I’d collect them and release them as an EP. I did that about every month, month and a half, for eight months, before releasing it all in a box set with 10 inches, which ended up being the ‘Savage Times’ collection. I never wanted to release it as a collected set, that was more the industry way of making sense of it. I didn’t want to do an album as I’m kind of sick of the traditional way of making and releasing music, the whole circle of pretty much having to release an album before going on tour. Press found it hard promoting the idea of this tour if there wasn’t an actual album to promote with it. I just wanted to release EP’s until I felt I was done. In many ways I don’t look at ‘Savage Times’ as an album, as it was never recorded that way. It’s just a compilation of songs I recorded over the course of a year.

As I mentioned before, you covered a lot of ground with this album, compilation or whatever we should call it, as there’s some classic garage rock n roll songs, some funk on there, and some more poppy songs – is this a result of a wide spectre of influences?
HEK: I listen to pretty much everything, and it changes every day. I tend to make a lot of playlists for myself, which sort of reflects why I made the record the way I did. It was also a result of me wanting to see if I was able to record and make the sort of music I was feeling that day. I didn’t even write all of it before going into the studio. I’d book the studio for three days at a time, sometimes with space in between, just so I would never have the same set up. Every day I’d start a new song, and I’d have to start from scratch. It wasn’t very efficient, but I didn’t want it to be efficient. I wanted to let the day dictate the song. I’m a partner in my record label in America, so there wasn’t really anyone that could tell me I couldn’t do it that way anyway – although I wish sometimes people would; “Alright dude, this is a bad idea…” I have to monitor myself, and for me, creatively, it did what I wanted it to do, and I don’t really care too much about the results.

It’s cool though when you listen through it as you never know what’ll come next, also the fact that you’ve already changed and developed so much between your former records, then you release this and manage to surprise us yet again.
HEK: I’m not quite done yet either, we recorded something in the hotel room and I’d like to put that out while we’re still on tour. We’ve done some alternate versions of some of the songs as well. I did a music video for ‘Paralyzed’ where there’s a woman performing as me, and through that, we found out she could actually sing, so we re-recorded the song with her on vocals, and rearranged the music and brought in a string section, all with her vocals. I feel like this is just a good time to experiment and do what you want. I’m comfortable with where I’m at, and I’m ok to take a risk by myself and do stuff like this, cause whatever happens, happens. If you think about the outcome too much, it fucks up the real purposes of why you’re doing things.

When you do record the way you do, do you play all instruments yourself, or do you let other people get involved?
HEK: It really depends, for the most part I’ll do it myself, or this guy Johnny who plays bass, he’s on the road with us now. He’s an engineer and he’s got a studio in Long Beach, and through the way I was recording it quickly turned from engineer to co-producer – and player. I’ve been making music with Johnny for a long time, so we work really well together. 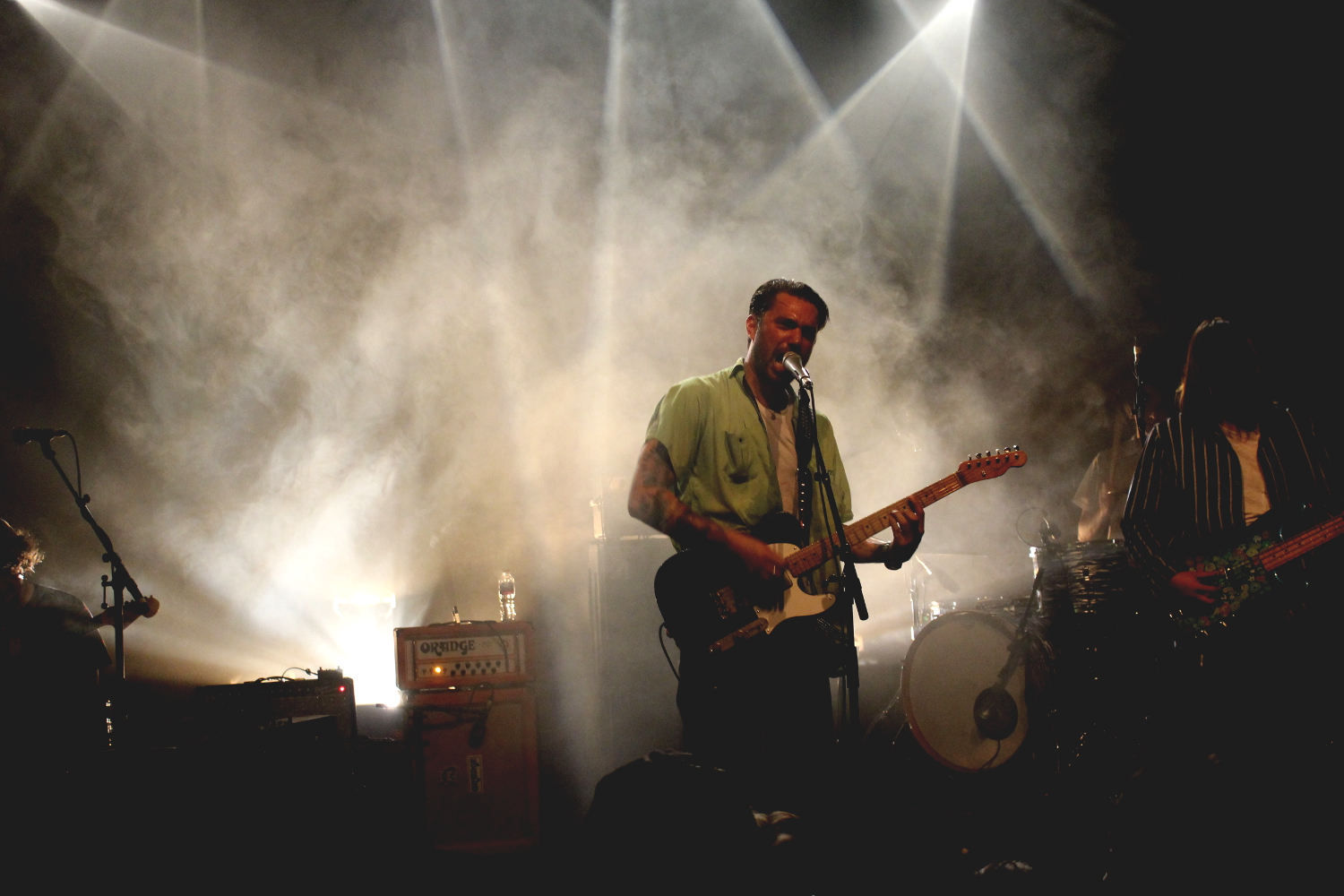 So it’s not like you need to maintain creative control over every aspect of it?
HEK: No, I kind of relinquished that because to me, doing that and being stubborn like I was on my third record slowed down the creative process. Especially since I wanted this to be done so quickly, it’s good to have a second pair of hands or an extra opinion to get things done. I like this way of recording, and I’ll continue to do so until I’m ready for another album.