by Ella on October 2, 2018 in Interviews, New Music, Playlist

Over the last year Swedish band Hällas have really snuck onto our radar here at The Great Frog, with their debut album “Excerpts From a Future Past” regularly being played in our London store as well as our head office. Mixing heavy rock with 70’s and 80’s nostalgia, and elements of science fiction as well as the middle ages, Hällas really is a breath of fresh air on the current music scene. We spoke to Star Rider, frontman and bassist Tommy Alexandersson about the past, present and future of the band, and how he himself got into playing drumming on pots and pans as a little kid. 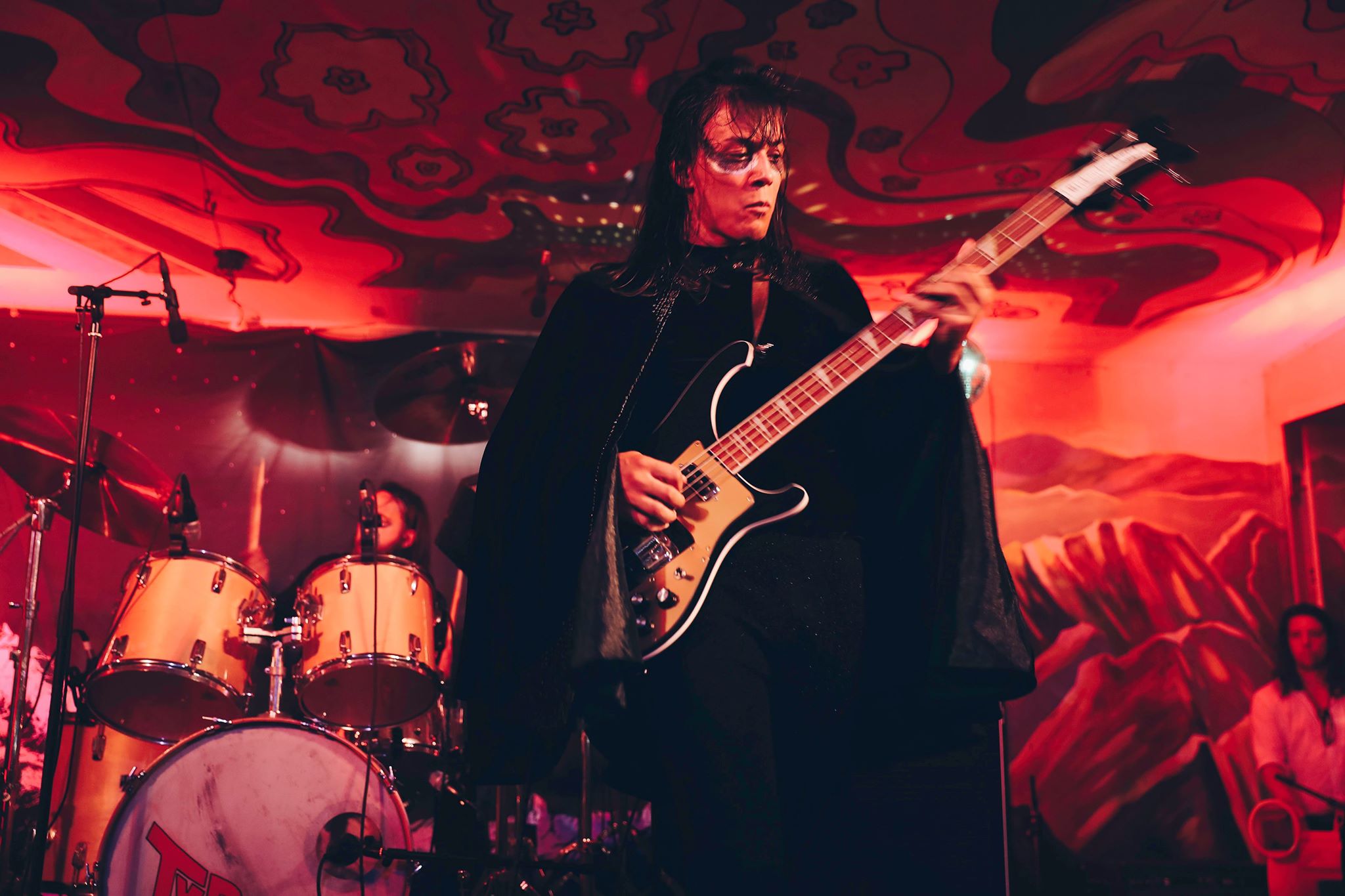 First of all, let’s start with the reason we’re having this chat – Hällas. What’s the story?
It’s a long one, and it started in Jönköping 2011, with Jesper Nodbrant, Kasper Eriksson and I. Jesper and I met at music school, and we met Kasper at a local bar. We jammed in Jesper’s garage for a bit, but the following year Kasper moved to Linköping for love and the band was put on hold. Jesper and I both felt that what we had started was something special, and shouldn’t be buried forever. However, it’s really hard to meet the right kind of people to play with, and we tried out a few.

Kasper met Alexander Moraitis in Linköping, and we started jamming again in this old 1000 square metre school that I rented. By 2013, we had written a few songs and did our first ever shows, we even did a demo (that should be out there on Youtube somewhere…) It wasn’t easy getting the band going, living so far apart. In 2014 Jesper left, and we moved the whole band to Linköping and formed the Hällas that is today, with Alexander’s childhood friend Marcus joining the band. Alexander and Marcus had played together before in different black, heavy and death metal bands. We were four, and stuff started to happen. We wrote the Hällas EP which we recorded with Nicklas Malmqvist at the Tresuresound studio. Nicklas did a magnificent job and added synth and organ parts we couldn’t do ourselves. We started getting quite a few gigs and asked Nicklas to join us for a show, and realized that with Nicklas we could develop the music much more further than a four piece and asked him to be a part of Hällas – and he said yes! So to sum it all up, Hällas is: 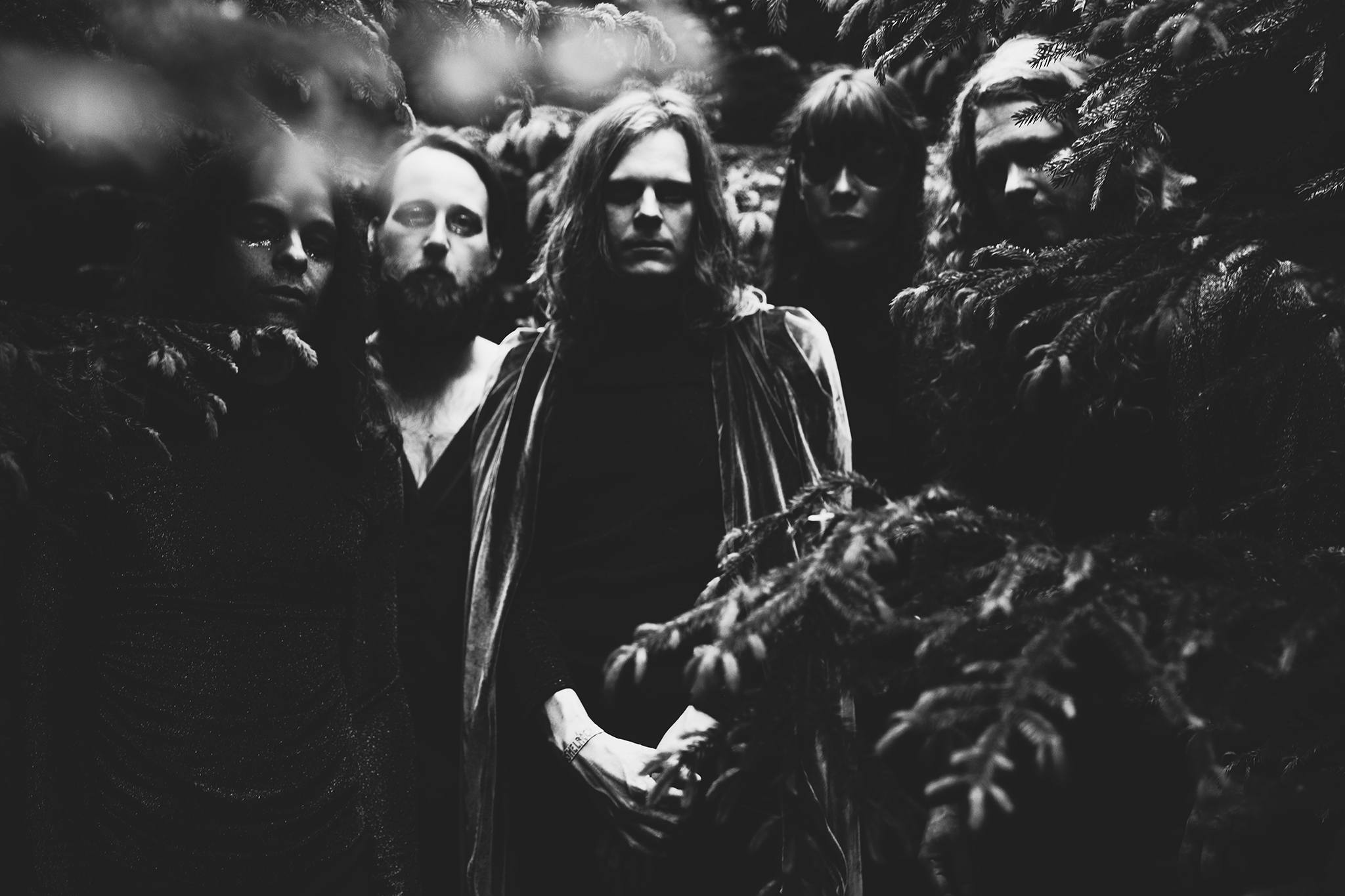 We then signed with Kaj Sivervik at the Sign Records, and we’ve been working with him ever since.

How did you get into music in the first place? Do you come from a musical home or was there a specific band or artist that peaked your interest?
As a child I dreamt of being a drummer – there are old VHS tapes where I drum on pots and pans at my parents place with my siblings. Whenever my brother would buy a new CD, we’d make our own band and play the songs together. My mother then took me to a private drum lesson but I didn’t really enjoy it as the teacher pretty much just left me drumming on a snare for an hour while going for coffee. I then asked my parents for a guitar instead, and they got me a blue acoustic one and signed me up for music school when I was 10. Music’s always been really important in my family, they don’t play any instruments themselves, but I remember them both playing vinyls such as ABBA, Queen, Deep Purple and Michael Jackson. A lot of blues, rock ‘n’ roll, soul and a bunch of Swedish artists. My parents thought that as long as we enjoyed doing it, music and learning to play an instrument was important. 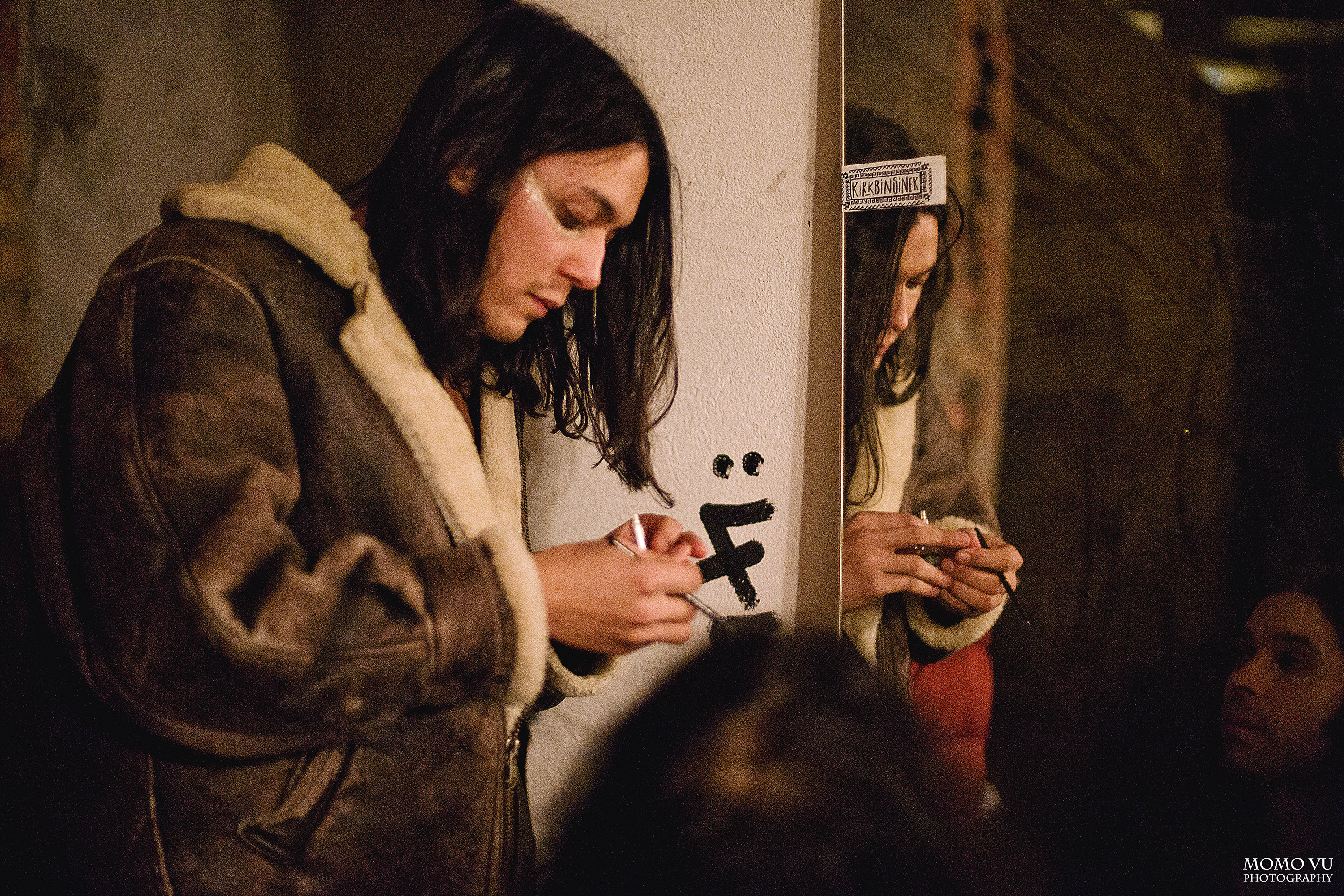 I can’t remember any artist that specifically caught my attention as a child, but I remember the moment when I asked my guitar teacher for something different than classical music, and he asked me to learn Deep Purple’s “Smoke on the Water”. I was 11 or 12, and from that point I’ve been listening to rock. Hällas is the only band I’ve ever played in and as mentioned above, we started as a trio. I was initially the guitarist but wasn’t good enough to play lead, so I ended up playing bass instead, which I’m incredibly happy about as I love playing the bass now, even more so than guitar.

On the subject of the above – what music are you currently listening to? Old heroes, new heroes, unknown heroes?
I’m listening to a lot of early and late 70’s prog at the moment, from Genesis, Camel, and Emerson Lake and Palmer. If you’re stuck in the early 70s works of an artist, try the records around the 80s – Even if you don’t like it, give it a chance. There are a lot of good music from the late 70s and early 80s, like Camel’s “Nude” or Rush’s “Moving pictures”. I also listen to old black metal, some jazz, classical guitar music and some new records. I like the latest from Ghost, Tribulation, Horisont and Wytch Hazel.

Tommy picked some of his favourite tracks and made you all a playlist to please your ears – listen below: