Since the formation of Graveyard in 2006, they have been at the front of a massive 70’s influenced rock revival. With four albums under their belt, they were rising for stardom, when they all of a sudden announced the disbanding of the band in late 2016, following their hugely successful record ‘Innocence & Decadence.’ Fans were left shocked and in disbelief, before they all of a sudden announced their return earlier this year, rising like a phoenix from the ashes. We spoke to bassist Truls Mörck about the reformation of the band, as well as his own solo projects and how he fell into 70’s rock as a 13 year old boy working in a record store in Gothenburg. 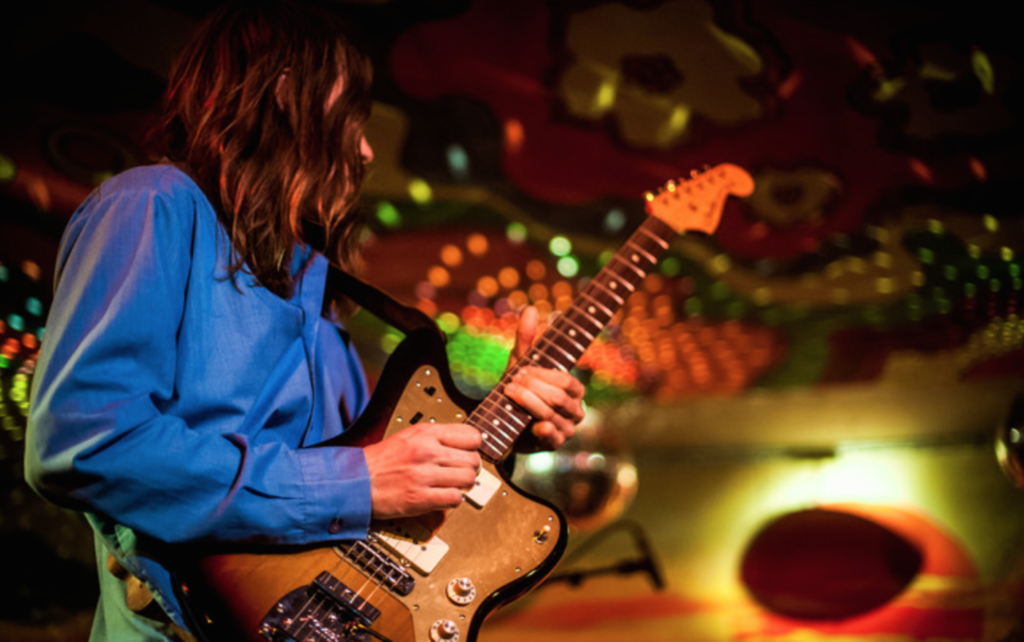 You recently announced the return of Graveyard, how has that been received?
It’s actually been quite overwhelming. We’ve gone through some tough times, so hearing from so many people how much it means to them for us to come back is amazing and incredibly motivating. It’s easy to lose touch with reality when you gig and tour as much as we’ve been doing over the last couple of years, but this has really been an eye opener and made us see things for what they really are. The sounds we make seem to resonate with a lot of peoples feelings and thoughts, and it feels important to keep making that happen, it’s a very positive and constructive thing.
Was it always part of the plan to make a comeback?
No, we went through some dark times, but as they say, «the darkest hour is right before the dawn.» That might not always be the case, but here I feel it’s pretty spot on. Wow, come to think of it, this past winter was probably one of the worst ones I’ve ever had, Graveyard means so fucking much to me. Even the years I didn’t play with them, they still did. I think it’s quite a unique band, even if we play classic rock and aren’t exactly known to develop and reinvent music history I feel like there’s something unusual and beautiful in what we do. And I can speak from both the bands and a member of the audiences perspective as I’ve been a part of both. Of course, that’s my personal opinion, but that’s just how I feel about it.

What were you up to when Graveyard was laying low? Did you focus on your solo work or did you get involved with other projects? Or did you take a well deserved break?
I did a bit of everything, I recorded a fair bit of my upcoming solo record where I let my interest for vintage synthesizers blossom. I don’t know where it’ll end up, but at the moment it sounds very cosmic and electronic. I was quite sick and tired of touring last year, and I kind of had the sound of drums, bass and guitars up to my neck, which led me to being drawn to other instruments and traditions, other types of music. I think it did me really well, and it wasn’t long before new Graveyard songs or riffs started popping up in my head again, so I’ve ended up writing quite a few new Graveyard songs as well. Besides that, I did some stuff with a band I used to be in. My old friend Edvard Härnevik is releasing a record this autumn, so I played on that as well. He was the one that originally got me into playing guitar and listen to old rock, I’m excited to hear that record. I’ve also done some work with Graveyard’s old drummer Axel Sjöberg’s new band Big Kizz.

You mention having worked on songs for both your solo record as well as new Graveyard songs, have you started a follow up to Graveyard’s 2015 album ‘Innocence & Decadence’ ?Yeah, they’re both en route. I’m prioritizing Graveyard and focus my energy on our next record along side the other guys in the band, but yeah, I’m still working on a follow up to my solo record when I find the time. I get a bit bored if I only work on one project at a time, so it suits me well to have two records to write and record at the same time. Especially since they’re so different from each other and I have quite a lot of time on my hands these days. It’s never too much to wrap my head around as the two ways of expression complete each other and even each other out. I’ve got a feeling the next Graveyard record will be fucking amazing, it’s something about what we’ve gone through that’s made us more aware of what we’re doing and what we’re good at. And we’re all good at what we do. 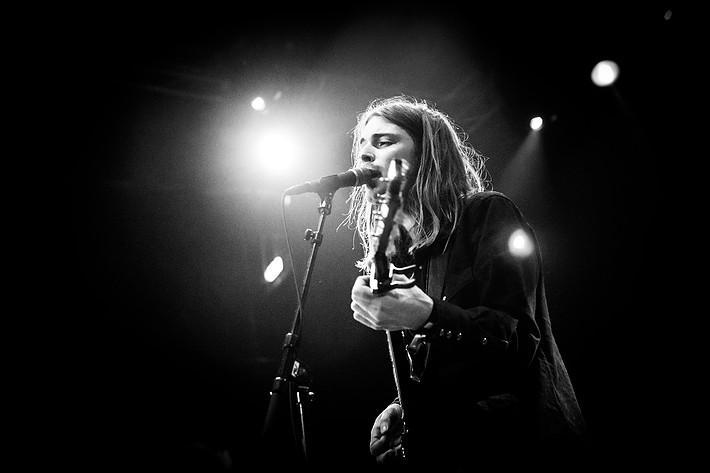 You say yourself how different your solo stuff is from what you do with Graveyard, so what kind of music did you grow up listening to, and is that what you’re still into today?
When I was 13 I had a summer job at a record store in Gothenburg, a really good record store with tens of thousands of records, and instead of money they’d pay me in gift vouchers I could use in store. I remember rummaging through the stock room one day and found this re-print of a poster for ‘Bath Festival of Blues and Progressive Music’ from 1970, at the time I was really into old, American folk music. Anyway, for some reason which I cant quite remember, that poster just had something to it that I really loved. If you looked closer at it, you’d see all these faces and hidden characters, which I thought was absolutely amazing, so I decided to check out all the bands on there. I ended up coming home with records from bands such as Canned Heat, Pink Floyd, Led Zeppelin and Dr. John the Night Tripper. After that, I started buying records pretty much based on how the covers looked like. I guess I got the feeling of how good music was illustrated, and I’d end up getting all these different records from different genres without really any connection except for the fact that I was obsessed by when they were released, which would be ’65 to circa ’71, and that they all had great covers.

Later on, I got into Swedish music from that same era, Träd, Gräs och Stenar, Harvester, Kebnekasje and Bo Hansson all became huge sources of inspiration. My dad had quite a few records from San Francisco in the 60’s that he made me listen to as well, like Grateful Dead, Quicksilver, Moby Grape and Jefferson Airplane. Stoner rock swiftly followed, and Sabbath, Captain Beyond and Sleep were the best soundtracks for smoking, but I’m not much of a pot head anymore.

Today I’m not so sure what I listen to, everything that’s got an honesty to it. I think of music as a universal language with different dialects, like in a book where the language can be more interesting than the story, or the story can be adequately interesting, but the language not good enough. Obviously the best way is when the story and the language works really well together and become one. I’m not too bothered about different genres, I look for something else, something that makes me want to keep playing and make my own music, but I’m still not quite sure what that is. But you just know when you hear it, you know? That’s the most important thing. The urge to play, and if any kind of music makes me feel that way, then I love it.

It’s clear that you spend most of your time making or listening to music, but on those rare occasions that you’re not, how do you spend your time?
I do try to make music every day, but I also like to travel, and I spend a fair amount of time traveling back and fourth between America and Sweden. Most of everything I love slacking off, and I spend a lot of time just staring out the window, letting my thoughts wander. I’m not a very social person, and I can go a long time without seeing other people. I’m not sure if that’s a good or bad thing, but that’s how I live my life these days, how I write. If I don’t have an instrument in my hands, I can write songs from just looking out, or being outside in nature, staring at the trees, the skies or whatever. When I’m not with the one I love, I make, or attempt to make music, and that’s pretty much it. Tragic or magic? I don’t know.

You seem to have a lot on your plate at the moment, what’s next?
Graveyard’s got quite a few gigs this summer, so it will be quite a lot of traveling, but also time to stay at home, make music and unwind, that’s what it’s all about for me, make music, have someone to love, and be at one with nature. I hope to spend a lot of time under water, that’s where the best thoughts are thought. At the bottom of the ocean.