23 year old Daisy is somewhat experienced within the music industry, as she entered the scene as teen pop icon ‘Daisy Dares You’ nearly a decade ago. Years later, she’s ventured down the dark path of rock ’n’ roll, and is currently co-fronting her own band ‘Clever Thing’ with former ‘Bad for Lazarus’ frontman Rich Fownes. We had a chat with the songwriter and multi-instrumentalist about her current musical projects, and what the future holds next for her. 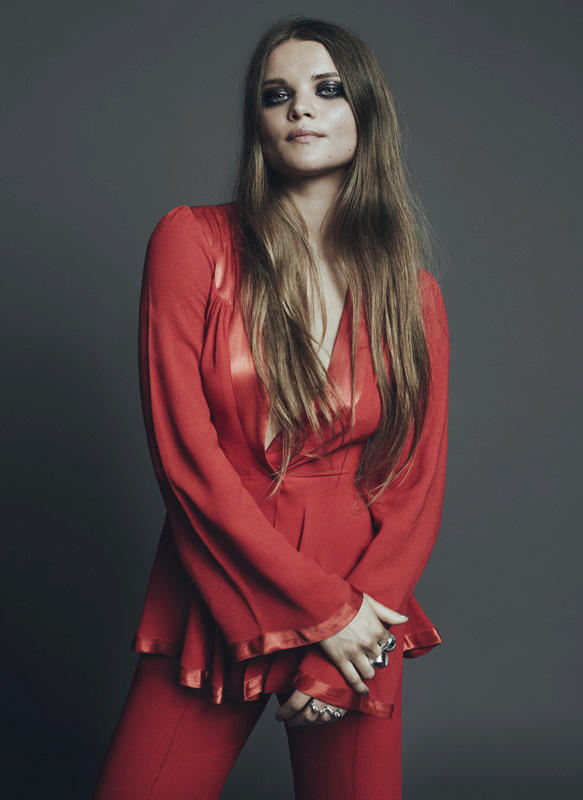 You first entered the UK music scene at quite a young age as ‘Daisy Dares You’ playing pop music, which is pretty far from the music you’re currently making – at what point did you decide to change direction and genres?
I think the transition musically and personally birthed just as Daisy Dares You came in to fruition. It began in a genuine place, just writing silly pop songs that, in the brain of an early teen, i never imagined or even understood what it meant to be defined by those things. So when it came out in to the public domain, all my instincts rejected the opportunity. Emotionally and creatively. Not only was the pressure unquantifiable, i really evolved to dislike the music i was releasing. And i predict the culture surrounding it contributed to that feeling, the disposable, fast food nature of the music industry is not for the faint hearted. So I quickly retreated and went back to basics. Taught myself to play the drums, explored my instruments and bought a little tascam 8 track, which gave me a new lease of life, totally liberated of the rollercoaster i’d just jumped off.

So you clearly started writing at a young age, do you come from a musical family?
I grew up with the unwritten law that music is essential to all life, my parents totally expressed their emotions with music, both listening to it and writing it, so it was easy to tap into that language. They loved different things but in my memory they all amalgamated quite harmoniously. I’d say my childhood soundtrack courtesy of my folks ranged from Siouxie and The Banshees to Madness to Neil Young to Nirvana, and the list goes on.. Commercially eclectic and generally really fun. 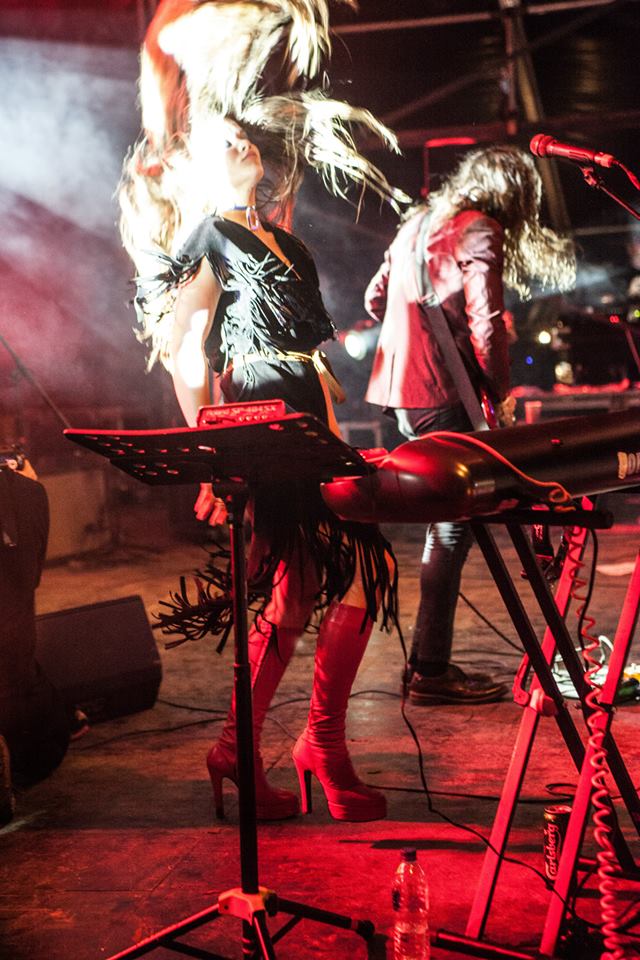 ‘Bad for Lazarus’ at Glastonbury 2015 by Keira Anee

I first came across you a few years back fronting Pink Lizards and playing guitar, before you later that night took the stage on keys with Bad For Lazarus, do yo prefer to share your time between different instruments or are you more drawn to a specific one?
My default is guitar because it’s where I write the bulk of my ideas, then piano occasionally to get a different perspective on ideas when I’m feeling in a rut. But all my adrenaline goes nuts for drums! It’s usually circumstance that dictates how much time I spend on each instrument. If I had a drum kit in my room it would probably be a different story.

From the ashes of Bad for Lazarus and Pink Lizards we got Clever Thing, how would you describe the band, your sound, and how it all came about?
At The Drive In meets Phil Spector, Black Flag meets Billie Holliday, Jon Spencer Blues Explosion meets The Andrews Sisters.. We are trying to mess with the parameters. More then anything its supposed to be really cheeky and fun. And these contrast references are supposed to represent Rich and Me i guess. I listen to a hell of a lot of 20s,30s swing and jazz and Rich grew up on punk and people fucking shit up for the sake of it. Without denying our blatant individual personalities, both of us are completely attracted to the opposites we bring to the table. They work well together because however it’s been executed, all our heroes have been coming from the same place. Completely surrendering to the art. Genuine is the tie that binds.

You released your EP ‘Fixer Upper’ earlier this year, have you got an album planned?
We are aiming to record something substantial by the end of this year with Rich’s teen crush Alex Newport (At the Drive In, The Icarus Line, Tigercub) Which we are all totally ecstatic to be doing. In the meantime we’ll be releasing something special we’ve already recorded with our musical Godfather Ally Jowett…