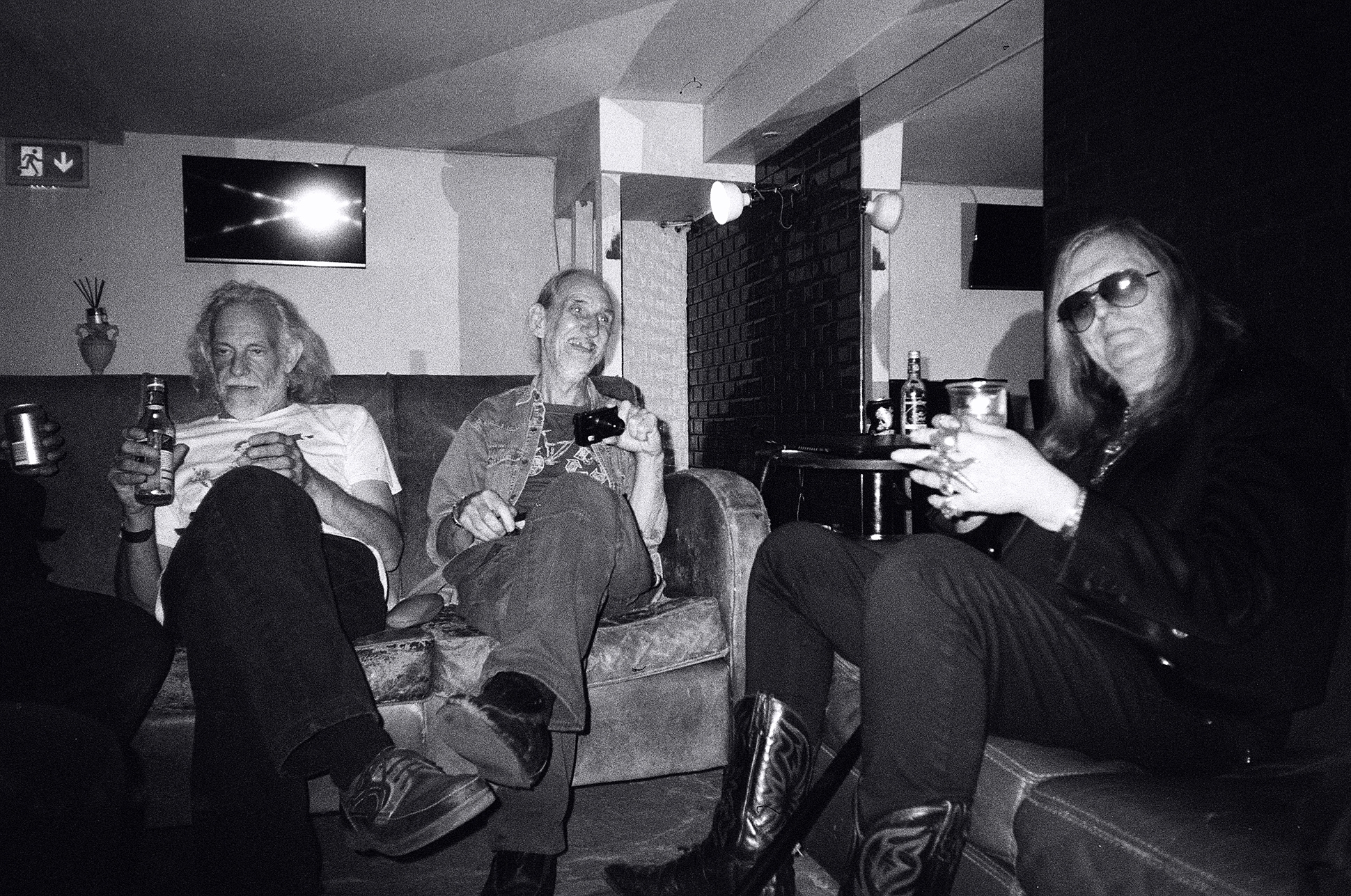 Between battles at this year’s Assembly London, before load in and sound check, The Groundhogs took some time to mingle and roam around, and eventually ended up in the Green Room at House of Vans where they were given the chance to sit down, relax, and help themselves to the endless supply of cold beer. Already sat in the Green Room, was Great Frog founder Paterson Riley, so an introduction was in order. Back in the day, Groundhogs drummer Ken and Paterson were both acquaintances of Lemmy, although Paterson more so than Ken. “Our paths will most likely have crossed back then, but let’s all be honest, the 70s are a bit of a blur to all of us.” & “If you remember the 60s, you weren’t there.” That said, conversation got going and flowing, and Ken shared one of his Lemmy stories, from 1969:

“Lemmy was driving me home one night in this Mini Cooper, anxiously looking over at me – “Ken, I’m not going too fast, am I? You would tell me if I was going too fast…?” Lemmy’d dropped a tab of acid earlier on, so what he may have thought was driving at the speed of lightning, was actually just a mere 5 miles an hour.”

(Let us add in here – that although the majority of us knows that Lemmy was no stranger to drugs or alcohol, we still asked Ken permission to share this little moment in time, which he was happy to do, hoping that people close to Lemmy wouldn’t take offence. On our end, we feel confident that Lemmy, notorious speed freak and author of ‘White Line Fever’ wouldn’t mind this little secret coming out, some colourful moments of trippy psychedelia before rock ‘n’ roll, speed and Jack & Coke took over.)