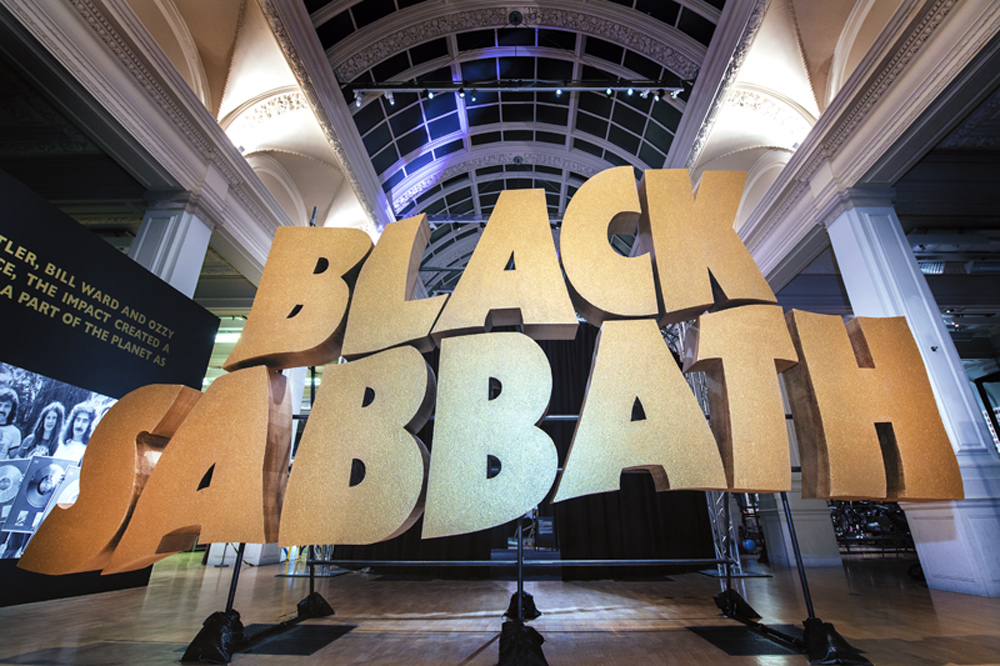 Few bands have been as influential as Black Sabbath, the inventors of heavy metal and purveyors of doom. Emerging from the working-class of Birmingham in the late sixties, they were a huge contrast to the California hippie movement preaching about ‘free love’ as well as UKs ‘Beatlemania’ a few years prior. For the youths of Aston, the future was not the brightest, and the majority was preparing themselves for factory work once out of school. Factory work became a reality for guitarist Tony, who ended up losing two fingertips while operating machinery in a sheet metal factory. Meanwhile, Ozzy was working down the slaughterhouse… 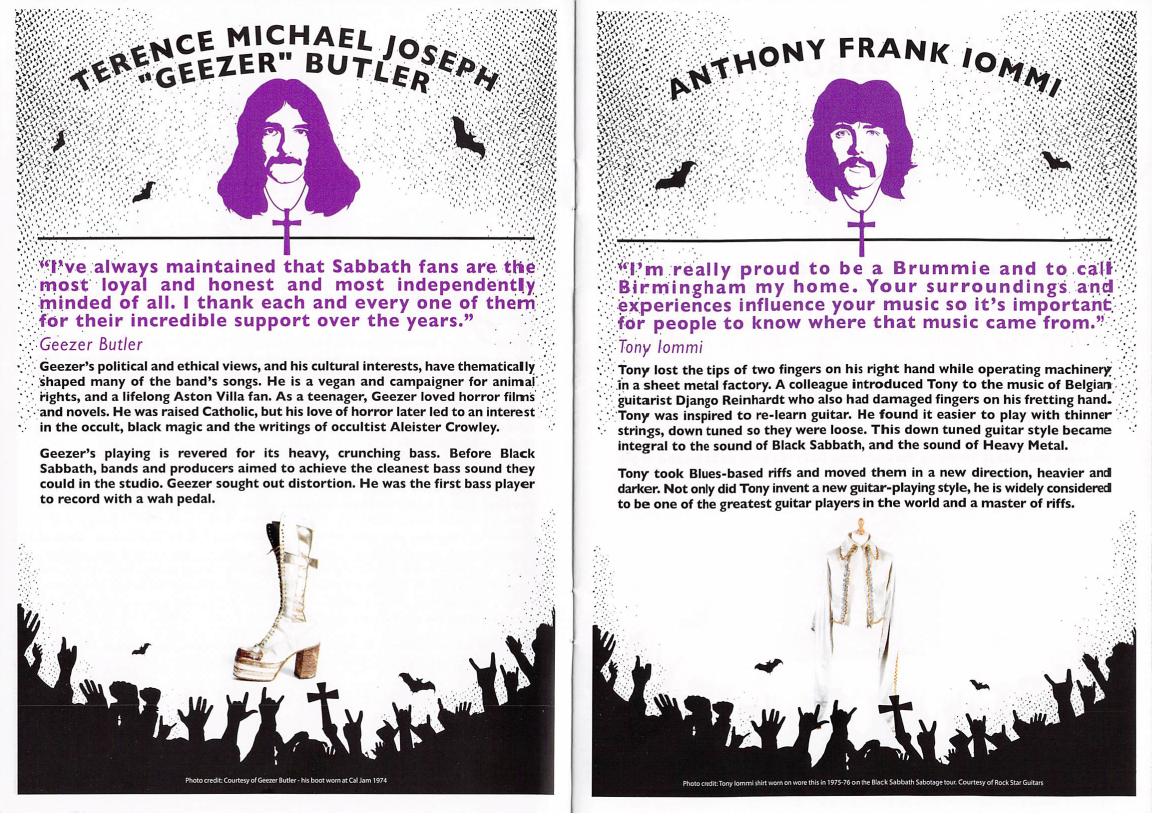 From Home of Metal’s exhibition brochure.

Luckily, the four Aston boys were destined for bigger things, and eventually formed ‘Polka Tulk Blues Band’, which soon become ‘Earth’ before again renaming themselves ‘Black Sabbath’ after the 1963 horror film with the same name. Mixing elements of blues while also taking inspiration form their love of horror and fascination the occult, Black Sabbath created a heavier sound than the mainstream had heard before; while most artists had been attempting to get the cleanest sound possible, Black Sabbath tuned down their guitars and used distortion, with bassist Geezer being the first bassist to ever record with a wah-pedal. 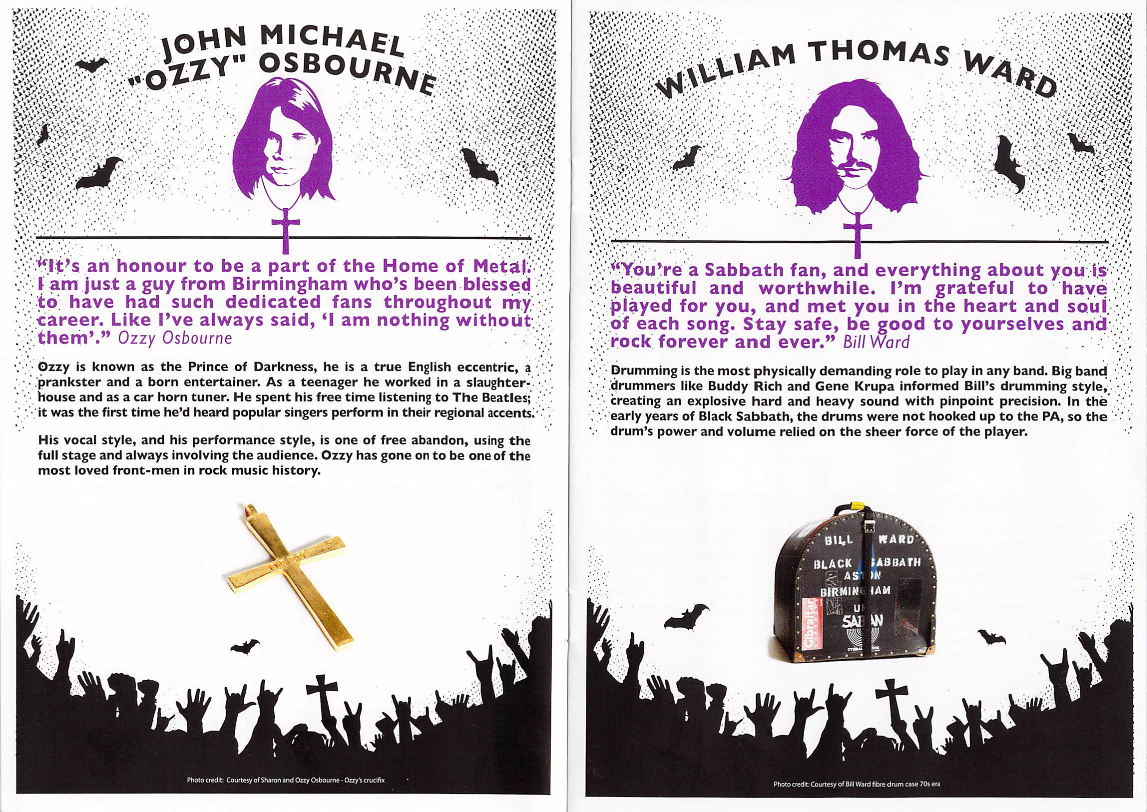 From Home of Metal’s exhibition brochure.

One can only imagine what the world must have thought when first hearing their self-titled debut album which was released Friday the 13th of February 1970; the church bells tolling in the rain, before the heaviest riff then known to man kicks in, inspired by Gustav Holst’s ‘Mars, The Bringer of War’. Black Sabbath brought something completely new and different to the table, and paved the way for future generations in rock and heavy metal. 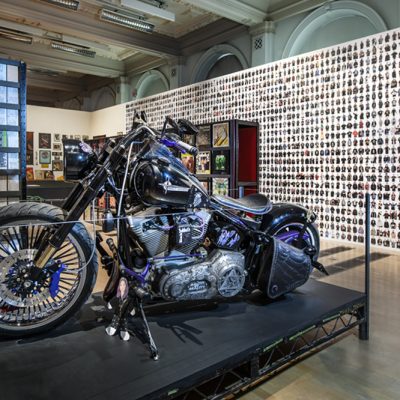 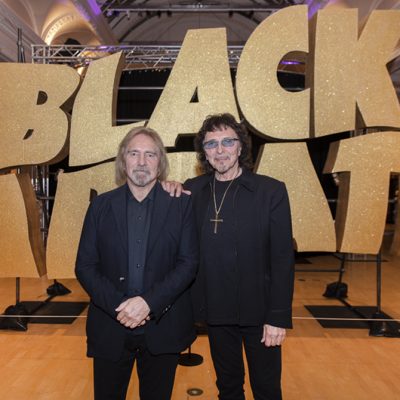 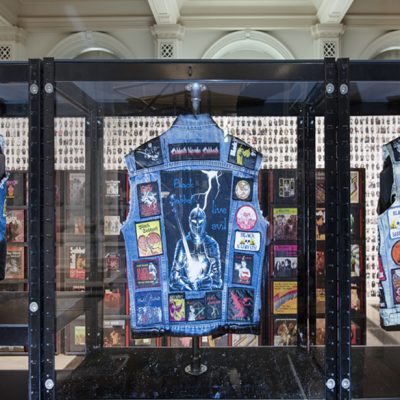 Last year marked the 50 year anniversary of the formation of Black Sabbath, and ‘Home of Metal‘ have put together an exhibition at the Birmingham Museum and Art Gallery celebrating the life and legacy of the iconic band 50 years down the line. We’ve teamed up with Home of Metal and are offering a lucky winner two tickets to the exhibition. Head over to our TGF Music Instagram and enter here by sharing your favourite Sabbath song.