I think it’s safe to say that no guitarists have been, nor ever will be, as influential as Jimi Hendrix. Born and raised in Washington, Hendrix, while at the tender age of fifteen, picked up a right handed guitar, flipped it over and started playing it left handedly, and the rest is as they say, history. Moving to Tennessee in the early sixties he began playing with musicians like The Isley Brother and Little Richard, before moving to England in 1966 after being discovered by Keith Richard’s at the time girlfriend, Linda Keith.

It didn’t take long for Hendrix to break the UK, with hits such as ‘Purple Haze’, ‘The wind cries Mary’ and ‘Hey Joe’, and the US followed swiftly.

As we are here at The Great Frog, Hendrix was deeply influenced and rooted in the blues and he’s covered blues classics such as ‘Mannish boy’ and ‘Born under a bad sign’, paying tribute to some of the big heroes in the blues, Muddy Waters and Albert King. He created his own unique sound using a wah wah pedal and by using feedback to his advantage by controlling it, as it’d previously been looked at as accidental and undesirable amplifier noise. He took the electric guitar to places it had never been before, and where people didn’t know it could go. Proof of this is his Woodstock performance in 1969 – where he allegedly lined his bandana with acid so his skin would absorb it during the gig when his pores would open up from sweating. Kids, say no to drugs, but if Hendrix had, his ‘Star Spangled Banner’ probably wouldn’t have been the trippy, delicious joy ride as it was. 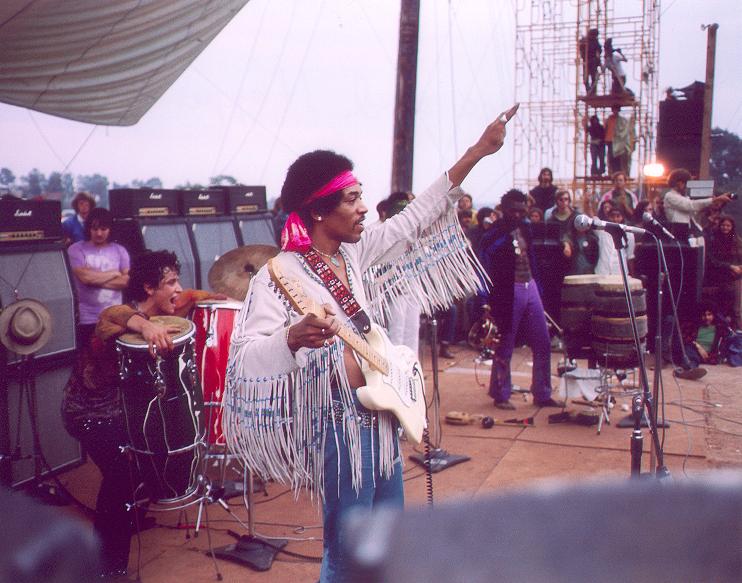 I remember my first ever encounter with Hendrix, having my fourteen year old mind blown when some boy at school played me ‘All Along the Watchtower’. I hurried home and roamed through my dad’s record collection to find out that his girlfriend was a massive fan. She gave me ‘Axis Bold as Love’, and Hendrix’s had me on lockdown ever since.

Today, Jimi would have turned 74, but he sadly passed away at 27 as oh-so many of the other good ones. Cheesy as it sounds, his legacy lives on, and today, and most other days we’ll be playing Hendrix loudly at The Great Frog, paying homage to one of the greatest musicians that ever lived. He truly was one of a kind, and there will never be anyone like him ever again.