From the Archives: Truth and Janey

As well as being an advocate for new music and up and coming bands here at The Great Frog, we also think it’s incredible important to pay homage to older bands and artists that helped make music what it is today, some of which who may have gotten a bit lost along the way.

In our series ‘From the Archives’ we’ll be looking at bands who deserve to be brought back out in the spotlight, bands who may have lived short lived lives, not gotten the recognition they deserved back in the day, or older bands we simply just love and wants to shine a bit of light on. First out, is ‘Truth and Janey‘. 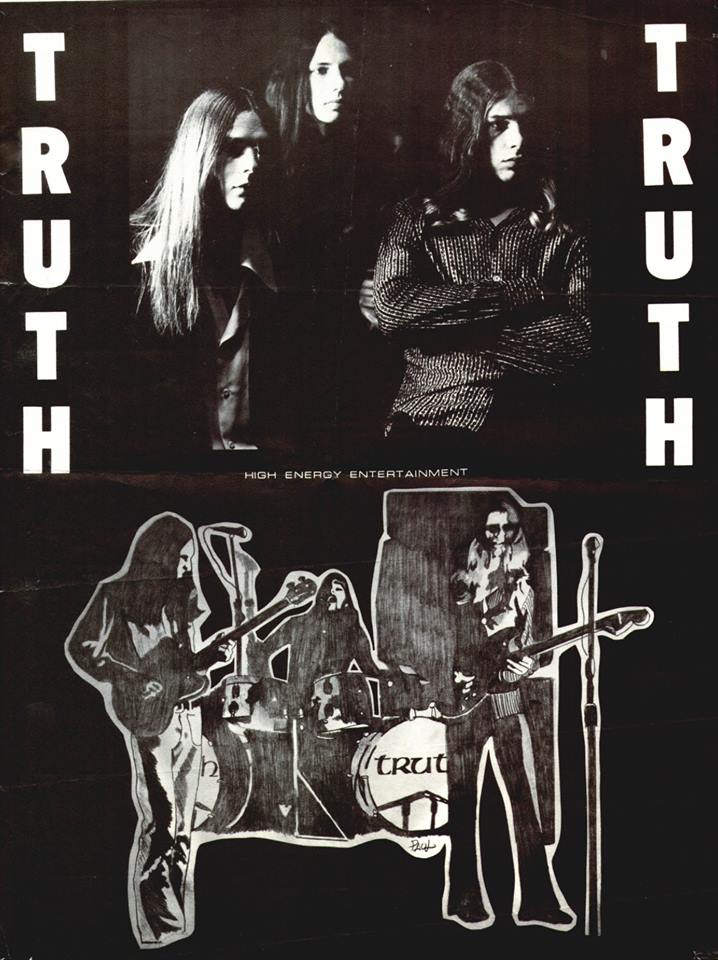 Formed in Iowa 1969 after meeting at a local jam, ‘Truth and Janey’ got their name from Jeff Beck’s 1968 ‘Truth’ album and guitarist BillyLee Janey. With BillyLee on vocals and guitar, Steve Bock on bass and Denis Bunce on drums, the three piece released their debut album titled ‘No Rest for the Wicked’ in 1976, a time where Led Zeppelin and Black Sabbath were in their heyday, Cream and Hendrix had come and gone, and Grand Funk had taken America by storm. At the same time, New York’s CBGB’s was hosting the birth of the new age of music with punk emerging both stateside and across the pond in the UK.

In these crossroads of time, ‘Truth and Janey’ were able to draw inspiration from various places, and can almost be compared to an early Pentagram-esque band playing melodic hard rock in the style of Grand Funk with the rawness of The Stooges, and a guitarist clearly influenced by the great guitarists of the late sixties, merging blues and psychedelia played explosively through stacks of Marshalls. ‘No Rest for the Wicked’ only sold 1000 copies upon it’s original release, but have years later become a desirable addition to any record collector with an interest in heavy 70’s rock and psych, and have since been re-issued through Rocadrome records.

The following year in 1977 they released their follow up album ‘Just a Little bit of Magic’, a jazzy and funky blues album that couldn’t be more different from it’s predecessor, and the band disbanded shortly after – death by disco.

In recent years, guitarist BillyLee has reformed ‘Truth and Janey’, and we’re waiting impatiently for new music to come our way. Until then, we’ll be indulging in ‘No Rest for the Wicked’, their spectacular ’76 live album ‘Erupts!’ as well as the newly released ‘Topeka Jam’. 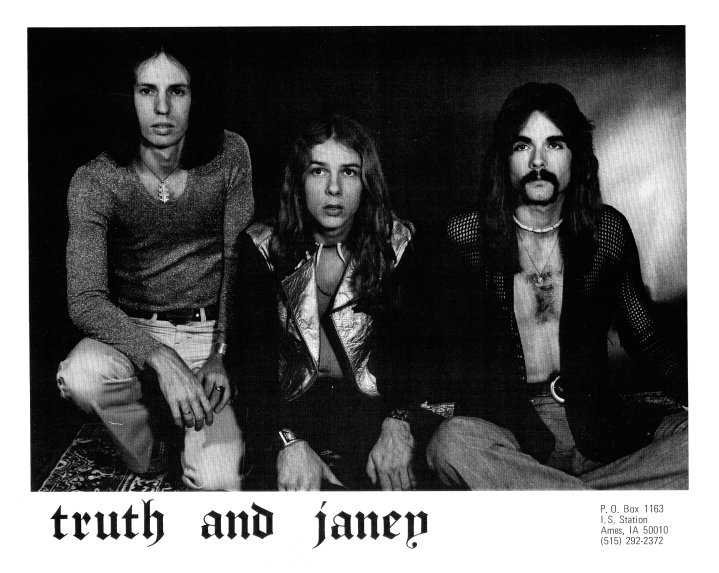 Erupts!:
Raw, crushing live recordings from 1976 by one of the Midwest’s heaviest power trios of all time! The live recordings featured on “Erupts!” were originally released posthumously in the early 90s on a long out of print double album. Now you can once again drop the needle and hear Billylee Janey plug in his ’64 Gibson Firebird, power up his Marshall stacks, flip on his Echoplex and Univibe and take you on a journey back to 70s heavy rock nirvana. Steve Bock is there too, pumping out wicked Bruce/Bogert styled bass thump, along with Denis Bunce, holding it all together with his heavy handed skin work. It all adds up to one sweet trip back in time to a hazy nightclub in 1976 with Truth and Janey lighting the place on fire!
– Rockadrome

Topeka Jam:
Excavated from the archives of a long-time roadie and brought back from the brink of disintegration comes this double album collection of live recordings made over several nights in Topeka, Kansas circa 1974. The celebrated Iowa hard rock trio are captured here in raw form doing what they did best, stretching out into extended jam sessions featuring heavy guitar action from Billylee Janey, booming fuzz bass from Steve Bock, and Denis Bunce locked in the zone behind his drum kit. “Midnight Horsemen,” originally released as as 3-minute single in 1972, is featured here as a side-long 22-minute jam and is a prime example of vintage Truth and Janey. Also included are several previously unreleased songs which have not been heard in over 40 years, as well as early versions of “Down the Road” and “My Mind,” from their 1976 underground hard rock classic debut album, “No Rest for the Wicked.”
-Rockadrome