From the Archives: Speed, Glue & Shinki

Following last month’s “From the Archives” we’re back at it again with yet another power trio, this time from Japan, in the form of Speed, Glue & Shinki.

The band was formed in 1970 by guitarist Shinki Chen, who at this point was known as Japan’s equivalent to Jimi Hendrix, with help from producer Ikuzo Orita. Orita had previously produced Shinki Chen’s self-titled debut album “Shinki Chen”, which in recent years is considered a classic among collectors. Joining Shinki in the band was Filipino singer/drummer Joey Smith, who Shinki had discovered while performing at a shopping centre, and bassist Masayoshi Kabe. 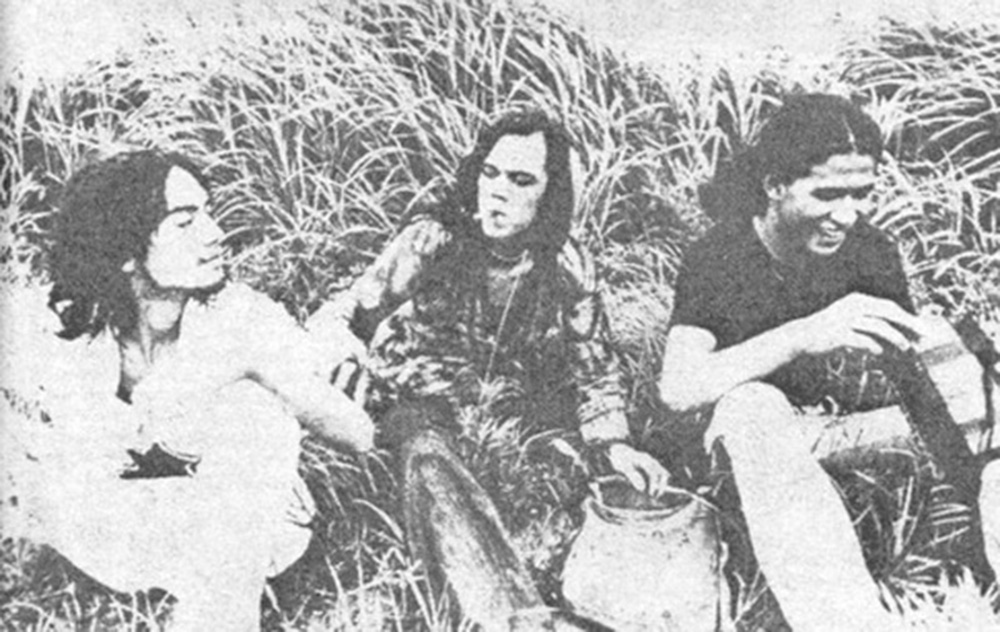 The band took their name from Smith’s use and love of amphetamines, and Kabe’s interest of sniffing Pro-Bond glue in the sixties. Their first and ever only album “Eve” was released to mixed reviews in 1971, and the band split up shortly after due to low sales, as well as Smith’s personal life becoming an issue for the other two. The album, which is described as a psychedelic rock album, has strong blues undertones along the likes of some of the British guitar heroes of the late sixties such as Eric Clapton in Cream, and Jeff Beck’s “Truth”, has in later years, despite the lukewarm reviews, become a sought after album for the fans of early psychedelic and blues rock.

After the disbandment of the band a double-LP under the name “Speed, Glue & Shinki” was independently released by Joey Smith. This album featured mostly Joey Smith’s work, where he sampled guitar recordings from Shinki’s previously work. It also included two unreleased songs titled “Sniffin & Snortin” and “Run & Hide”, two songs they recorded for “Eve” but decided not to put on there as they didn’t fit the album’s overall sound. After this, Shinki took a disliking to recording and decided to become only a live musician. Kabe continued building on his own successful music career, while Smith returned to the Philippines, where he became something of a phenomenon with his Pinoy rock group, “Juan de la Cruz Band”.