From the Archives: Bullet / Hard Stuff 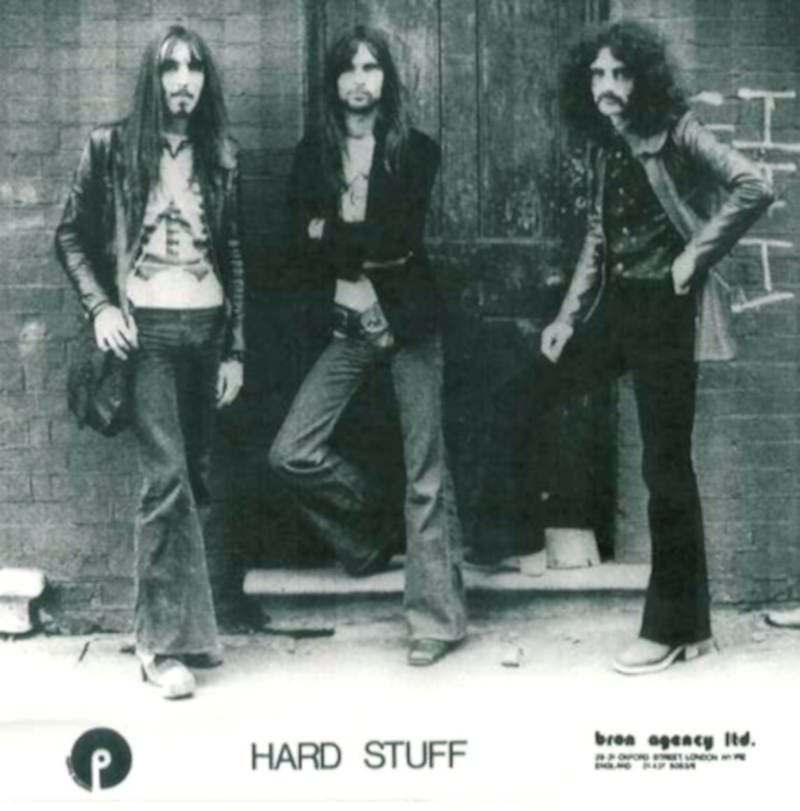 Hard Stuff is an English hard rock band formed in the early seventies by John Du Cann and Paul Hammond, formerly of Atomic Rooster, singer Harry ‘Al’ Shaw, formerly of Curiosity Shoppe, and John Gustafson, formerly of Quartermass. Du Cann and Hammond had recently left Atomic Rooster due to creative differences with keyboard player Vincent Crane who wanted to take the band in a more bluesy, soulful and mellow direction, while the other two were more into the progressive hard rock side of things and therefore decided to move onto a different project.

Meanwhile, Harry ‘Al’ Shaw’s former band Curiosity Shoppe had been one of the early, heavier psychedelic bands to come out of Liverpool, having debuted, as so many others, at the Cavern Club, which also saw the likes of The Beatles, The Kinks and The Rolling Stones, to name a few. Curiosity Shoppe’s sound were similar to the one of Deep Purple with heavy organ and guitars, and they signed to Decca Records in 1968 and released the single ‘Baby I need You’, before they disbanded not long after.

Quartermass were another progressive hard rock band who’s albums never performed well at the charts at the time of their release, but gained attention in ’75 when Ritchie Blackmore covered ‘Black Sheep of the Family’ for Rainbow’s debut album.

Now that we’ve got some background on the band members, let’s dig further into Hard Stuff. At the time of the formation they called themselves ‘Daemon’, before changing their name to ‘Bullet’. During their ‘Bullet’ era they recorded about half an album’s worth of material before Shaw was dismissed from the lineup and vocal duties split between Du Cann and Gustafson who’d both been singers in their previous bands. They released the album ‘Sinister Minister’ as Bullet in 1971, before again changing it, this time to ‘Hard Stuff’ to avoid legal action from a US band also called Bullet. 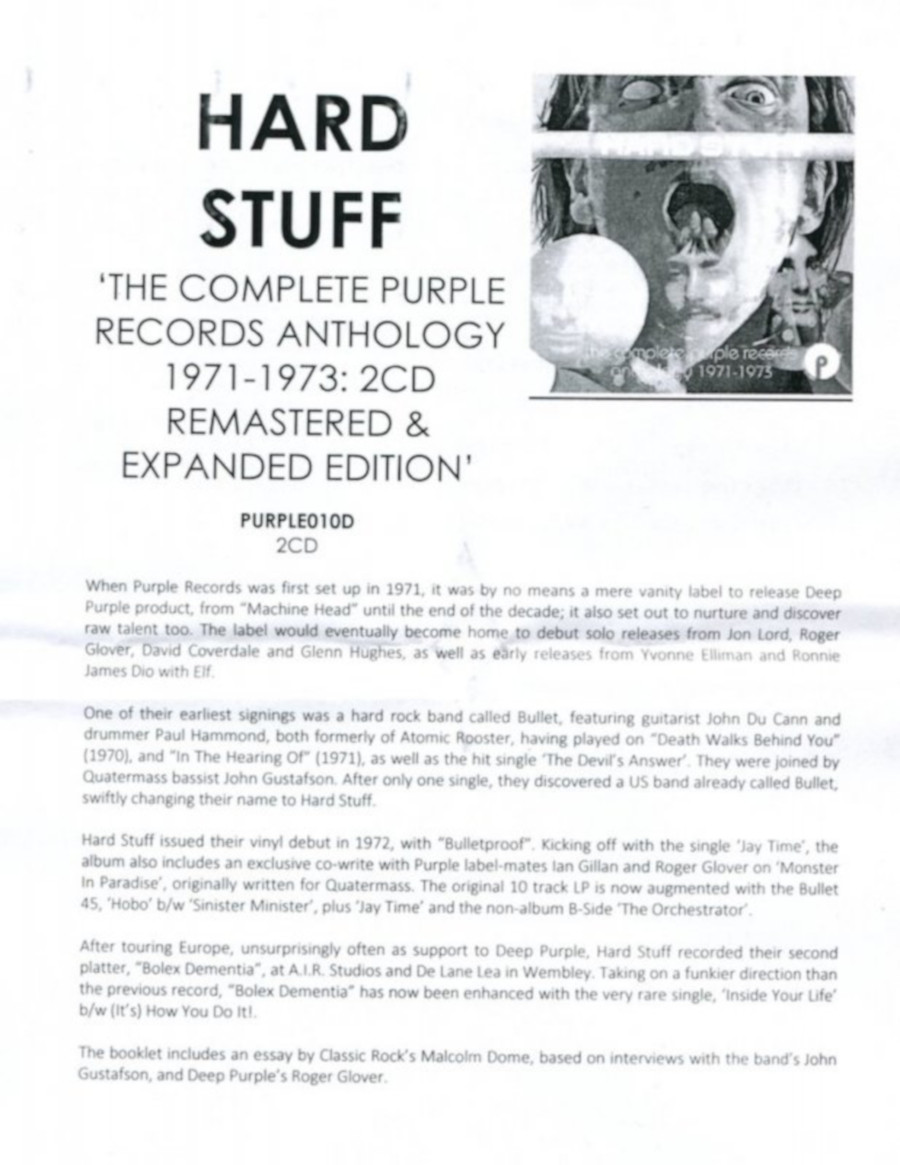 They were then picked up by Deep Purple’s record label Purple Records and released their first album as Hard Stuff titled ‘Bulletproof’. ‘Bulletproof’ featured a lot of the songs from the former ‘Bullet’ album, and also included former singer Harry ‘Al’ Shaw despite him not being credited. Following this, the band toured excessively around Europe supporting both Deep Purple and Uriah Heep, before their career took a hit as Du Cann and Hammond were involved in a car crash which left them both badly injured. Despite going forward with a second album, the band didn’t last very long after that. As far as their sound went, one can safely draw comparisons to early Nazareth and classic heavy rock bands of that era – good music to play loudly while drinking beer