From the Archives: Black Cat Bones

There is no secret that there was a Blues explosion in Britain in the mid to late sixties with bands and artists such as Jeff Beck, John Mayall & The Bluesbreakers, Peter Green’s Fleetwood Mac, Cream – you name it… Another band that was pretty short lived but later spawned into a whole bunch of different bands later on, was London based “Black Cat Bones”, which saw both guitarist Paul Kossoff (and later drummer Simon Kirke) in the band, two artists who later went on to join Free, as well as singer Paul Tiller, drummer Terry Sims and brothers Derek and Stuart Brooks on rhythm guitar and bass. Formed in 1966, the band frequently played London night clubs, but had quite a few line up changes before they finally came around to recording their first, and sadly only ever, album 1969’s “Barbed Wire Sandwich” 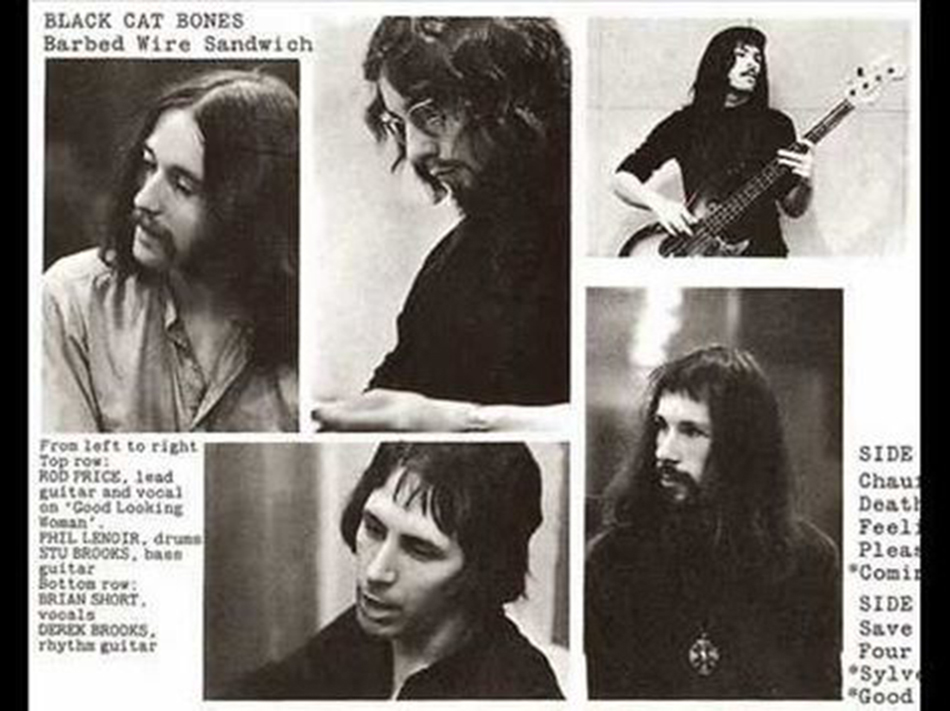 At the time of the recording in, drummer Terry Sims had been replaced by Frank Perry who was again replaced by Simon Kirke, and singer Paul Tiller leaving the band being replaced by Brian Short. However, this lineup didn’t last for long either, as Paul Kossoff and Simon Kirke both left to form Free with Paul Rodgers and Andy Fraser, and guitarist Rod Price and drummer Phil Lenoir joining in and replacing them. So, to recap, the line-up on the record consisted of brothers Derek and Stuart Brooks who were then the only original founding band members, singer Brian Short, guitarist Rod Price and drummer Phil Lenoir.

Unfortunately, due to not hitting it big time and winning over the critics with the release, Brian, Rod and Phil left the band and ended it’s existence, and brothers Derek and Stuart ventured on towards new things joining forces with guitarist Mike Halls, singer Pete French and drummer Keith George Young, and eventually became cult hard rock band Leaf Hound. Guitarist Rod Price joined Foghat and was later known as ‘The Magician of Slide’, and ‘Slide King of Rock And Roll’ due to his slide guitar skills.

The record’s opening track “Chauffeur” is just about as sleezy as it get’s within the blues, and it’s hard to imagine it played by a bunch of teens and youngsters. Although the album wasn’t a great success in it’s time, it has later been a sought after record amongst collectors, and also helped pave way for all the musicians involved, as well as being a prime example of British Blues.