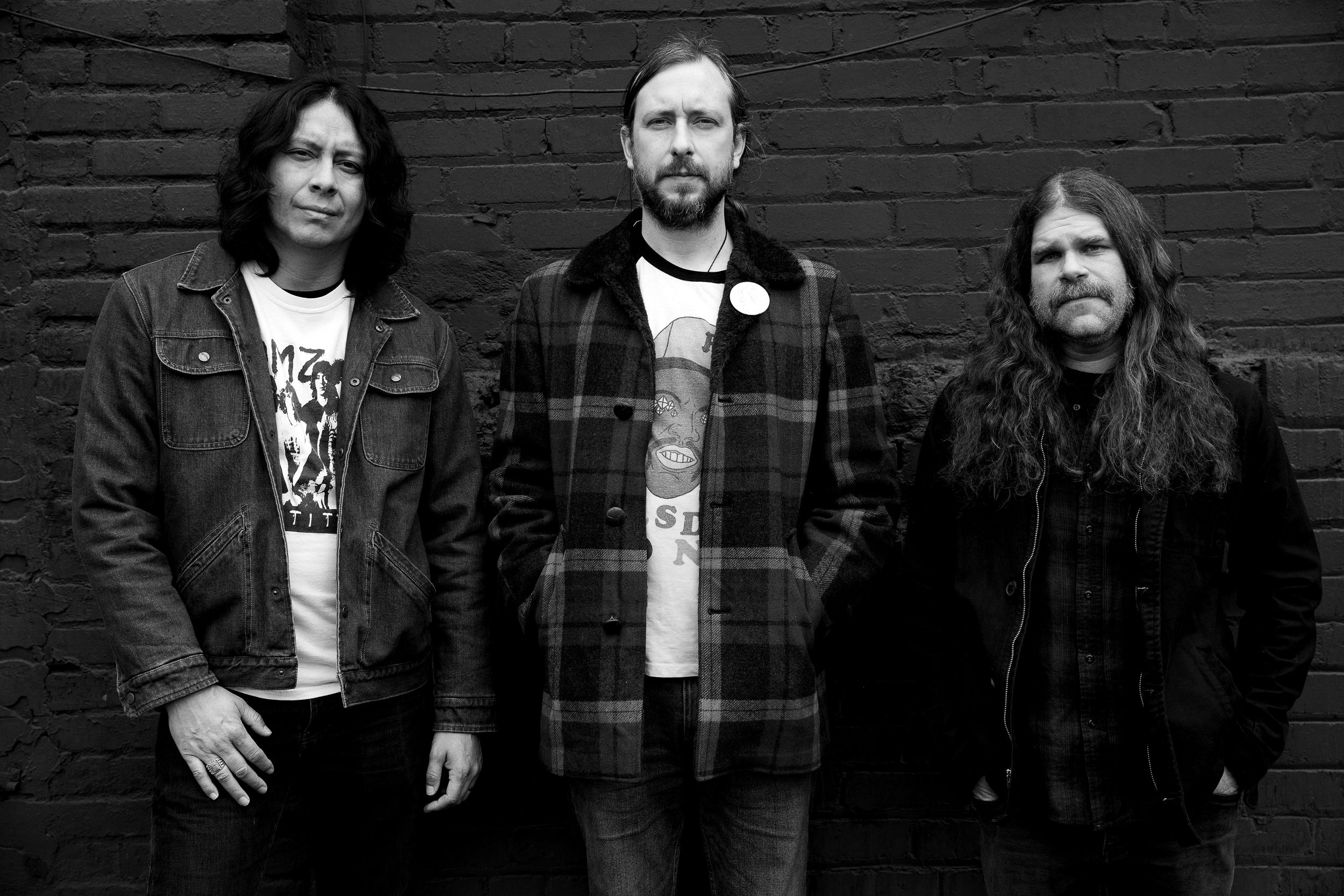 For more than a decade, Earthless have been on the front of a San Diego psych revival, creating their own genre and making the way for bands such as Sacri Monti, Joy, Monarch, and Petyr, among others. The band, consisting of Isaiah Mitchell (Golden Void) on vocals and guitar, Mike Eginton on bass and Mario Rubalaca (Rocket from the Crypsformerly a professional skateboarder and member of ‘Team Alva’). Since the formation of Earthless in 2001, they have been known for their trademark instumental psychedelic jams, often reaching the 20 minute mark or more, so needless to say, it caught all of us at TGF by surprise when we finally got to listen to their latest release ‘Black Heaven’, an absolute gem of an album recorded at Rancho De La Luna with Dave Catching, and their first album via Nuclear Blast Records, their songs are a lot shorter, more structured, and, hold yer horses, with vocals. All of this, while still staying true to their sound. We had a chat with bassist Mike Eginton, who ran us through some of the ideas behind the album and gave us the lowdown on the San Diego music scene.

With Black Heaven, you’ve ventured away from what appear to have become the Earthless trademark – 20 minute long psychedelic guitar solos and instrumental jams, what made you change your direction?
Mike: We had talked a bit over the past few years about doing some vocal tracks. People seemed to enjoy it when we would do covers live with Isaiah singing. This is the first album where a good portion of the songs were written prior to us getting together to jam. It’s a little harder for us to get together with Isaiah living in Northern California now. I think that lended to the writing process, and the change to more structured shorter songs. And two of the songs Isaiah brought to the table had vocals. We figured, why not give it a try?

How would you describe ‘Black Heaven’ as an album?
Mike: Not really sure how to describe it. I guess it’s a pretty hard hitting record sans the closing track which is a little mellower than normal for us. It’s still an “Earthless” record even with vocals and structure. In my opinion, at least. We’ve kept the sound. There’s plenty of guitar solos all over it.

There’s no secret that San Diego and Oceanside is a haven for psychedelic bands, something Roadburn Festival picked up on arranging a ‘San Diego takeover’ – why do you guys think that is? I’m guessing you were one of the first bands in that genre to emerge, with now a whole bunch of other bands following making their mark on the San Diego music scene – is there something in the water that makes that area a mekka for that kind of music? Is Jimi Hendrix played in delivery rooms during labour?
Mike: Haha! Not sure about Jimi in the delivery room, but, yes we were one of the first “psych” bands to come out of SD along with another group called Silver Sunshine, who would later become Astra. And I think we had a big influence on the younger bands in the San Diego/Oceanside scene. At least that’s what they tell us. There’s a large skate/surf scene where we’re from and I think a lot of the guys in that scene liked the intensity of the music and thought it fit well with skating. And a lot of those guys started bands and play in variations of a throwback, early 70s heavy guitar sound. And quite frankly, they’re all killer bands. Sacri Monti, Red Octopus, Joy, Monarch, Harsh Toke, Petyr, Volcano, Pharlee, Color, Arctic… the list goes on. I highly recommend checking all those bands out. 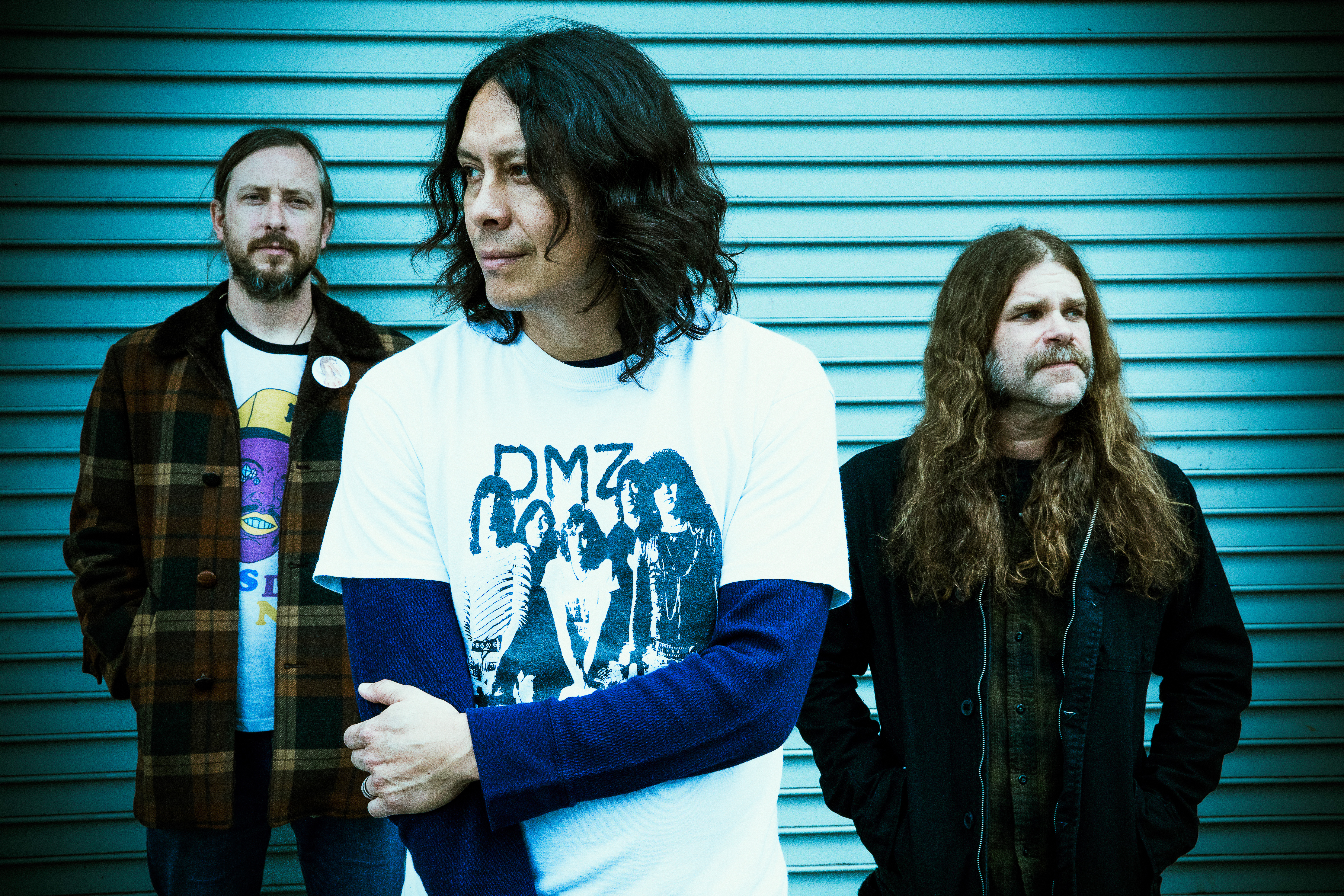 On the subject of Roadburn Festival – you guys will be playing a set with Can’s Damo Suzuki, what’s your expectations for that? Will that be loose jam set up, or a practiced set? Do you guys normally embark on musical adventures and experiment with other musicians and artists like that?
Mike: To my knowledge, the set with Damo will be a loose jam set up. It’s not typically normal for us to do collaborative sets. We’ve had friends come up and join us before on guitar or something. Done a few sets with J from Dinosaur Jr. But this one should be interesting. I have no idea what to expect.

You’ve recently changed to Nuclear Blast Records after having been with Tee Pee for quite some time, how are your expectations releasing and working with a new label?
Mike: Everything has been great with Nuclear Blast so far. Everyone we’ve dealt with has been very positive. They’ve exceeded my expectations!

Earthless will be gracing London with their presence on the 6th of April, as they take over Islington Assembly hall to blow minds. Needless to say, we’ll be there with bells on, and luckily – so can you! As long as there’s still tickets, that is. Get your hands on a pair here, and we’ll see you in the haze and daze! Tickets via Old Empire here.