Band of the Month: RIDDLES 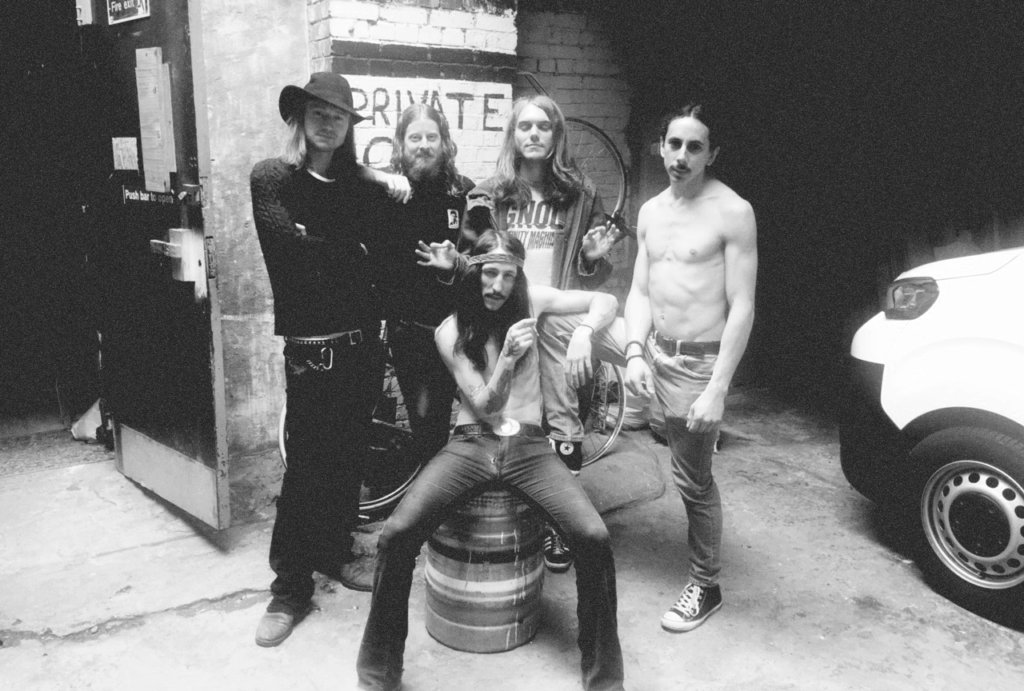 RIDDLES are a heavy space rock five piece based in London consisting of Jimi Riddle on vocals and guitar, Thom Carter on bass and back up vocals, Mike Frank on Drums David O’Sullivan on guitar and Alex Aspin on Organ and drones. Since the birth of RIDDLES at what appears to be the dawn of time, they’ve had some slight line up changes, and have recently returned onto the scene after a year of hibernating.

With organist Alex Aspin joining them late 2015 their sound changed from what seemed like a ‘Black Sabbath meets Motörhead on speed morph’ to more of an ‘early Deep Purple / Hawkwind in the Lemmy years / classic rock ’n’ roll, while still keeping their Black Sabbath meets Motörhead kinda vibe’. The latest addition to the band is guitarist David, who joined them after their former guitarist Rufus Barnes Miller, now Sting’s touring guitarist, left the band. As RIDDLES return, we’ll be following them around various venues in the UK where they’ll be raising hell and causing havoc, all while working towards their upcoming debut album. Below you’ll find a playlist put together by the band, featuring some of their favorite songs – play it now and play it loud, it’s a good one.