TGF Spotlight: Hair of the Dog

by Ella on October 9, 2017 in Interviews, TGF Spotlight

October’s band of the month hails from Edinburgh in the form of 70’s inspired three piece Hair of the Dog, who’s name which was picked as “a nod to Scottish classic rock band, Nazareth and a cheeky wink to the trio’s indulgent drinking habits.” The band, consisting of brothers Adam and Jon Holt on vocals/guitar and drums and Iain Thomson on bass originally started playing together in high school before going their separate ways, and into adulthood. A few years later, they all found themselves in the same city and decided to get the ball properly rolling with the band. We had a chat to singer and guitarist Adam to find out a bit more about them and their influences.

Hair of the Dog, how did it all begin?
Jon and I are brothers and were brought up on a healthy diet of good music and encouraged to take up an instrument from a very early age. I’d humph my amp and guitar through to Jon’s room where his drum kit was, and we’d just jam shit all the time – Hendrix, Zeppelin and Rage Against the Machine, whatever I was being taught by my guitar teacher. When I eventually started high school, I met Iain who caught my eye in a music class playing some phenomenal bass. We jammed a little in this music class every week and it was instantly clear we had a very strong musical connection, so I invited him to join me and Jon for a jam and the rest as they say was history – we’ve been playing together ever since. 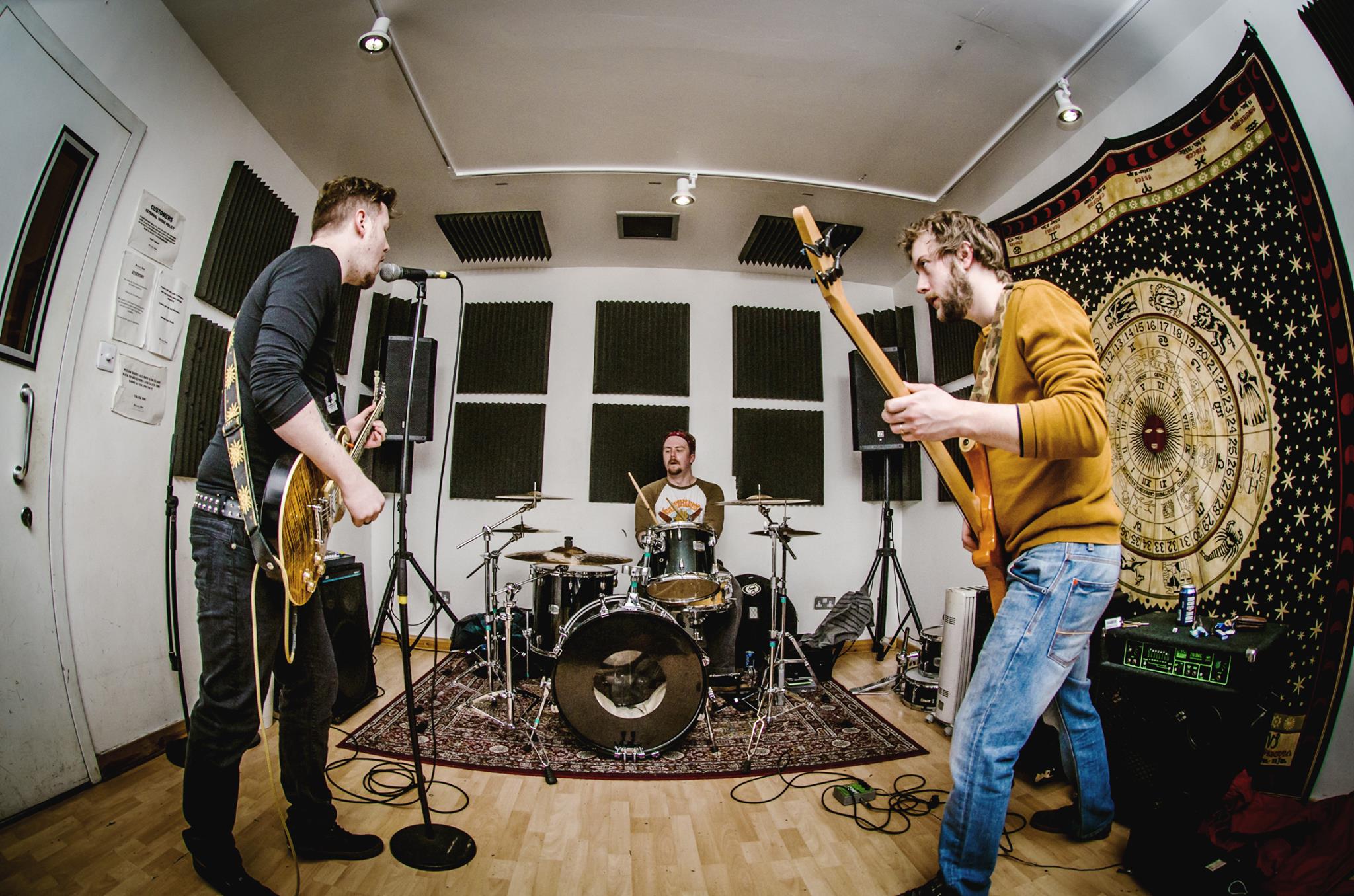 You mention being encouraged to take up music from an early age,  do you come from a musical home?
Yeah we do, our Grandpa was a Jazz musician and was very encouraging of Jons drumming and my guitar playing, he’d always like to hear a few tunes when we visited. Our Dad obviously picked up from this and he plays guitar, is a great clarinet player and has a good voice on him too. His little brother, who Jon and I really looked up to as the “cool uncle” was an 80’s teenager and really got into making electronic music with synthesizers, and Jon and I loved this! We always wanted to go up to his room and play video games and listen to his music. So yeah, we were surrounded by good music, lots of instruments and we had a lot of support and encouragement behind us. It’s the same story with Iain, his mum is a professional percussionist and plays in orchestras, his parents also have a room filled with every instrument you can imagine, plus they have a badass record collection.

You’re clearly heavily influenced by the 70s, a decade it seems that none of us can let go off – what do you think it is about that 70s sound that bands, artists and listeners are still so drawn to today, decades later?
Well I guess it’s because that was “the time” really for great rock’n’roll, the great Gods of rock and the birth of Heavy Metal – what’s not to like?! When asked to picture a “rockstar” in your head, the mind doesn’t go to Dave Grohls, Josh Homme or Marilyn Manson, it sees Robert Plant, Ozzy Osbourne, David Bowie, Jimi Hendrix – the list goes on. These guys were and still are a species of their own. They were the originators. They broke the mould and since them, the world has stopped creating icons like them. It was a wonderful time for rock music, so it’s natural for fans of rock and heavy metal to always find their way back to their roots, place those rose tinted glasses on and try recapture some of that energy. What we do, we take all that love for the riff, the groove, the vibe and then we crank it up a bit, adding a slightly more modern heavier edge to our sound, which is influenced by our love for metal.

You’ve released a self titled EP and two full length albums, the latest one being ‘This World Turns’ which was released in July – how has the journey been so far?
The journey of this band has been amazing, and the only words we can use to describe that are “natural and organic”. I’ve been in bands where they were run like businesses. Yes, the music was the driving force, but there was an agenda and set goal – and when things don’t go to plan or you get so close to that goal but it doesn’t bloom, then that can be soul destroying. With Hair of the Dog it has always been about the music and the fun of playing and creating that music. When those two elements no longer exist and the band feels like a chore, then we will call it a day. We recorded that first EP for ourselves, we didn’t intend to release it, it was for us to show our friends and family and to look back on and at least have something to show for the years and years of friendship and time spent jamming. But when we showed people and they said “shit guys, you have to put this out” we were like, ok might as well…. Then it blew up and we started getting all these mad reviews and interview requests and labels started contacting us. It’s been like that ever since. Nothing has ever been pushed, or forced. We aim to write a new record every year, we do the gigs we want to do, we try our best to play to all our fans and we take time to speak and respond to all our fans all over the world – there is not much more to it.

We may never be the band that tours constantly and has a huge following and fame, but our fans are extremely loyal and there is a cool, somewhat romantic aspect to being a cult-band. 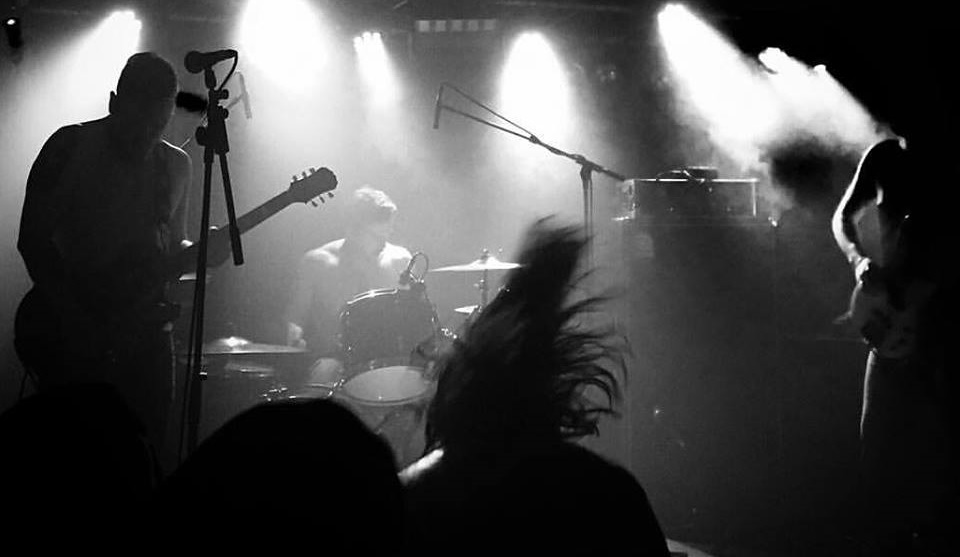 Can you tell us more about your label Kozmik Artifactz and why you ended up signing with them?
We weren’t desperately looking for a label, because we had only just put out an EP on Bandcamp, and we were still pretty stoked on the fact that people were even buying it, but when a well-respected, infamous label like Kozmik Artifactz offer you a deal to be released on high quality vinyl, then it’s a no brainer. For me, the biggest turn on for signing with Kozmik, was because Kai and his team are fucking music gurus. He genuinely loves rock’n’roll and heavy music. You can tell its passion first and business second with Kozmik and that was extremely appealing.

How do you work as a band, do you jam, gig, practice and write regularly?
Well as I touched upon, we don’t push or force anything. We jam every week, perhaps working towards a gig or writing new songs, or escaping life to simply have a beer and hang out with instruments involved. As we’re a jam band, we write pretty much all there time, it only takes one good riff and 20 minutes of jamming and we can have a full song written.

Last but not least – ‘Hair of the Dog’ – what’s the best way to cure a hangover?
Oh man, my hangovers are brutal these days. I do love to drink and drink hard, but fuck me I need to take like a whole week off to recover, that or just get back on it – so I suppose that is the only tried and tested method for an instant cure, is just to keep rockin! Up in Scotland we’ve got Irn Bru and it’s well known to cure hangovers – maybe pop some whisky in there too? A couple of those will sort you out.