In a new location Trip Out was held in an airfield in Debach Suffolk, in it’s eighth year they had builders from across the country to display their bikes. We had the TGF stall and mobile workshop at the event again this year for same day resizing and adjustments. There was also vendors who made bike lids, frames and repurposed old bike pieces into furniture. The festival also held an impressive collection of vintage cars, dodge ram jam vans and hot rods.

It was an amazing atmosphere and felt like a huge family had come together. There was a kick-start competition and the winner could chose a ring from us as the prize. The lucky winner visited the TGF tent to pick up his prize, he chose our classic Native Chief ring, he also built one of the bikes on display at Trip Out called ‘The Dirty Duck’. 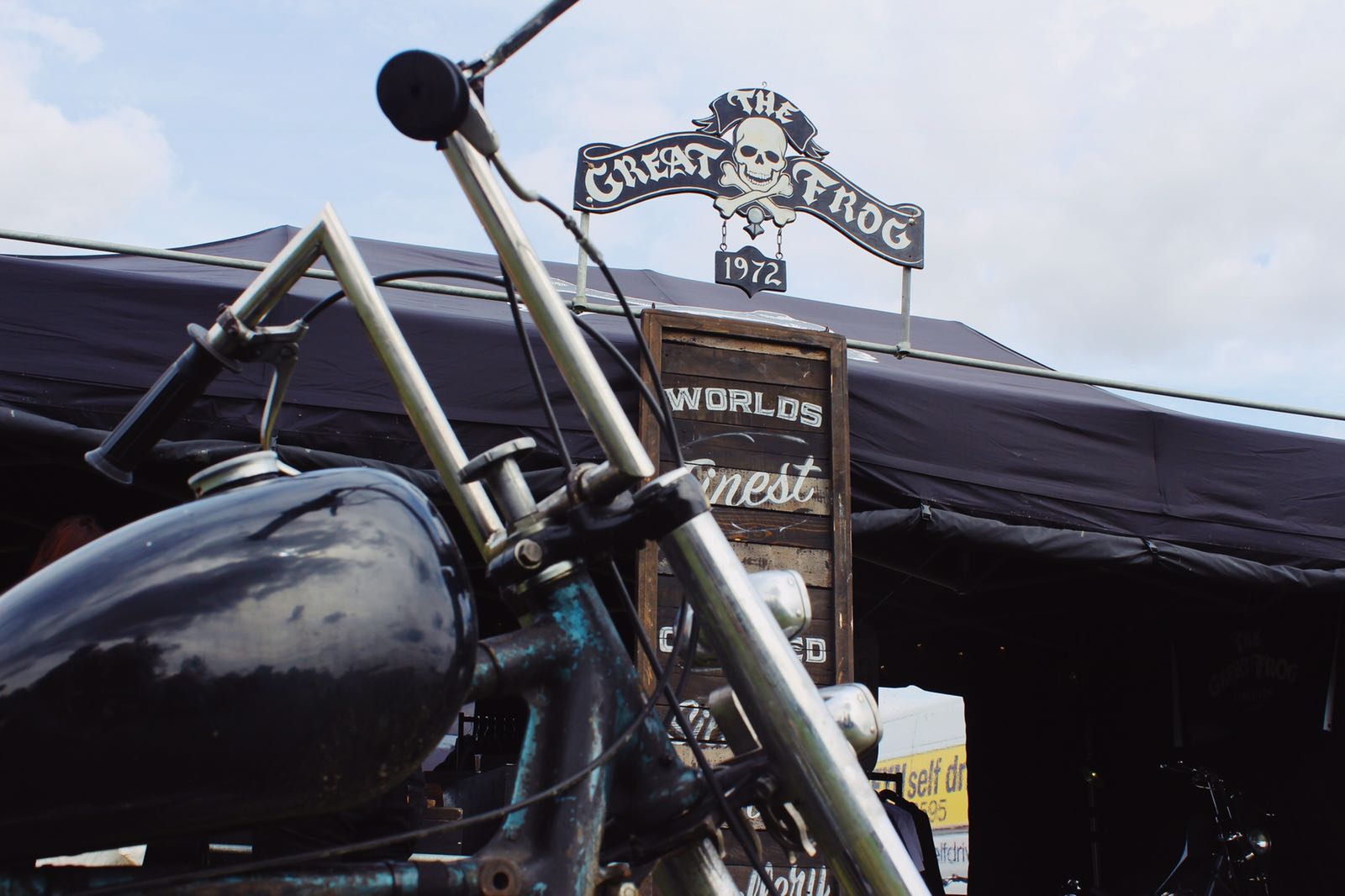 Later in the evening, the music tent starting blasting with the sounds of The Lords of Altamonte, who blew our minds with an amazing set on the Saturday evening. We featured part of their song ‘Like a Bird’ in our short video from the weekend (linked below).

Thank you for having us, see you next year!