As the official creators and vendors of the awesome Motörhead and Slayer rings, we were the natural choice for thrash-metal legends Anthrax when they decided to expand their merchandising endeavours into jewellery.
TGF owner and designer Reino Lehtonen-Riley undertook the task of hand carving two rings under close scrutiny from the band.

The iconic ‘Penthathrax’ symbol was a no-brainer; though Scott calls it a ‘Thraxagram’. Initially sketched by Charlie who used to draw all the cartoons and album covers, this logo has become synonymous with the band and makes for an awesome chunky signet ring.

For the second part of the collaboration, the decision on what to carve was a little trickier. Scouring through a wealth of Anthrax artwork and footage through the ages the idea for the Anthrax Thrasher Skull was born. Joey used to wear a cap on stage, with “INJUN” underneath, and so Reino replicated this with an obvious TGF skull twist.

With the band members receiving the first run of rings, fans can purchase their own numbered version to collect a piece of thrash metal history.

Available from our London, New York and Los Angeles stores and online each piece comes individually numbered with a certificate of authenticity and hand signed letter from TGF owner Reino Lehtonen-Riley. 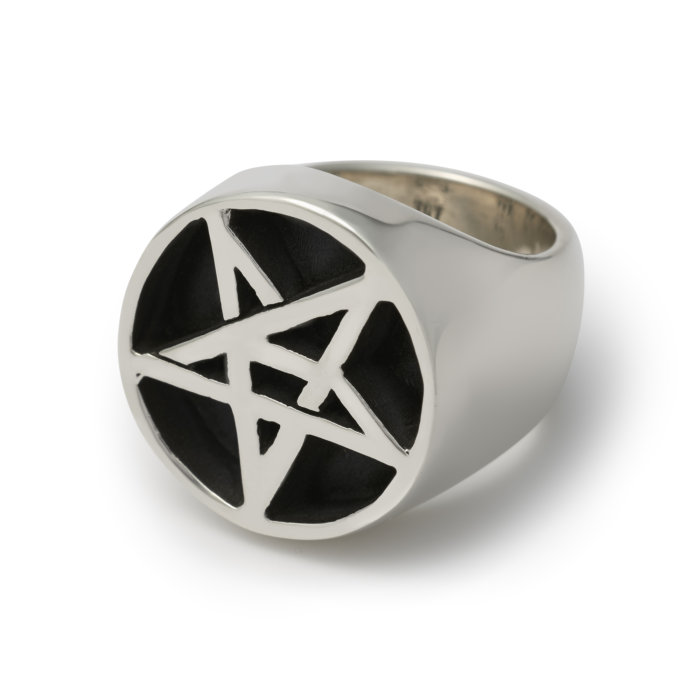