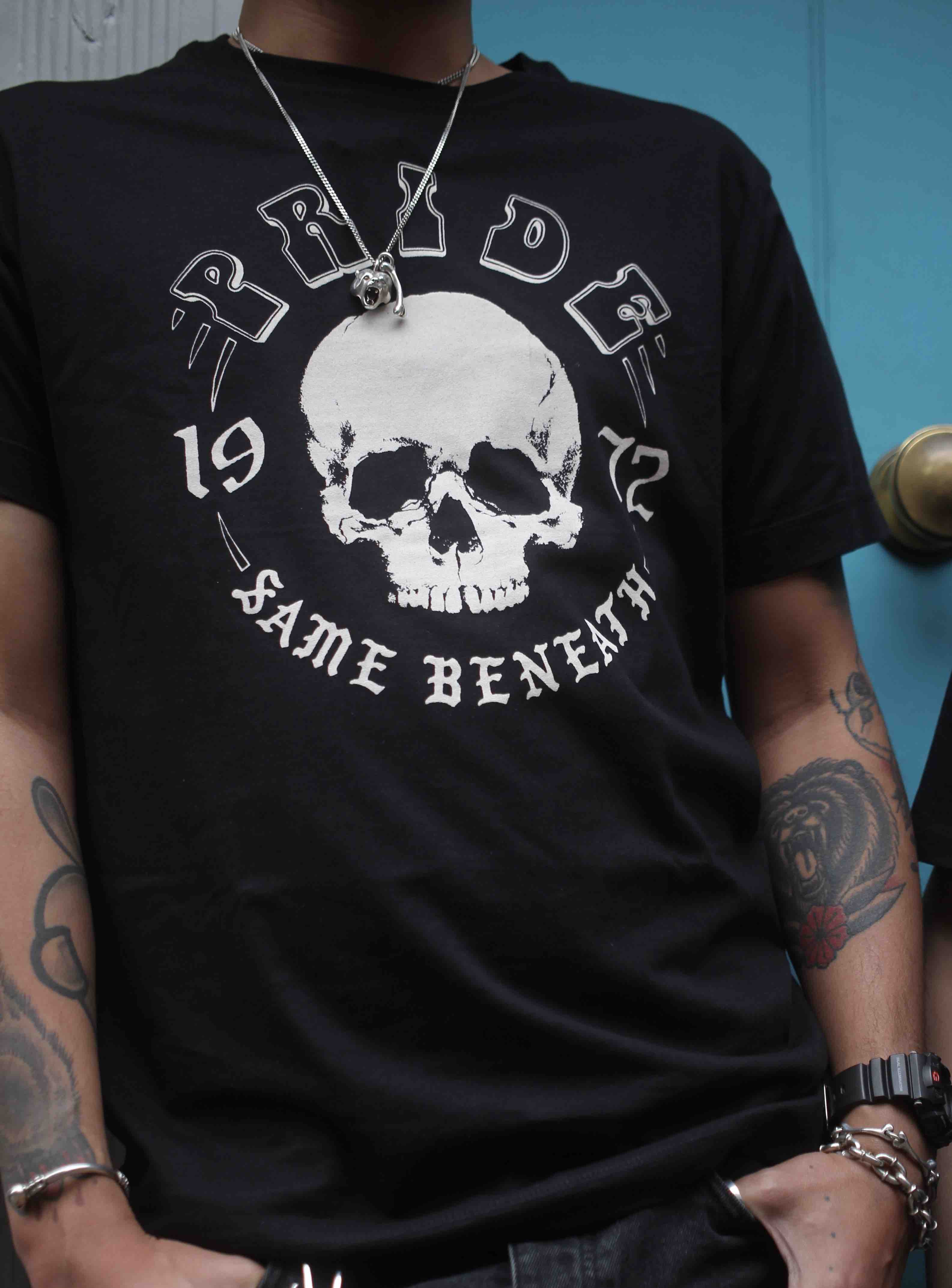 1972 was a monumental year. The Great Frog arrived in Soho and the first London Pride took place too.

2019 marks the 50 year anniversary since the Stonewall riots, a major landmark in liberating the LGBTQ+ community. To support our LGBTQ+ colleagues, friends and the wider community we are raising money for local charity, The Outside Project. They are an amazing grassroots charity that provides shelter and a community centre for the homeless or those who feel endangered.

All proceeds of this super limited edition T-shirt ‘Same Beneath’ will be donated to The Outside Project.