Symbolism in our Jewellery: Claddagh

The Claddag is an old, Irish traditional ring, dating all the way back to the 17th century. The ring, which features two hands holding a crowned heart, is a representation of love, loyalty and friendship; the hands representing friendship, the heart love, and the crown loyalty.

It’s believed that the Claddagh ring was invented in Galway, although the name ‘Claddagh’ was not in use until the 1830s. The inventor of the ring is not confirmed, although Galway Silversmith Richard Joyce is rumoured to be the one. According to legend, Richard Joyce was traveling to the West Indies in year 1675 when he was captured and enslaved by Algerian Corsairs, before being sold into slavery to a Moorish goldsmith, where he was taught the craft. After fourteen years, Joyce was finally released after King William III sent an ambassador to Algeria, demanding the release of all Brits enslaved and in captivity in the country. While away, he had crafted and created rings which he brought back home to Galway on his return, and ended up marrying and becoming a successful goldsmith. His initials are on one of the earliest surviving Claddagh rings, which gives reason to believe he was the inventor – although there is also three other rings dating back to a similar time with the bearings of goldsmith Thomas Meade. 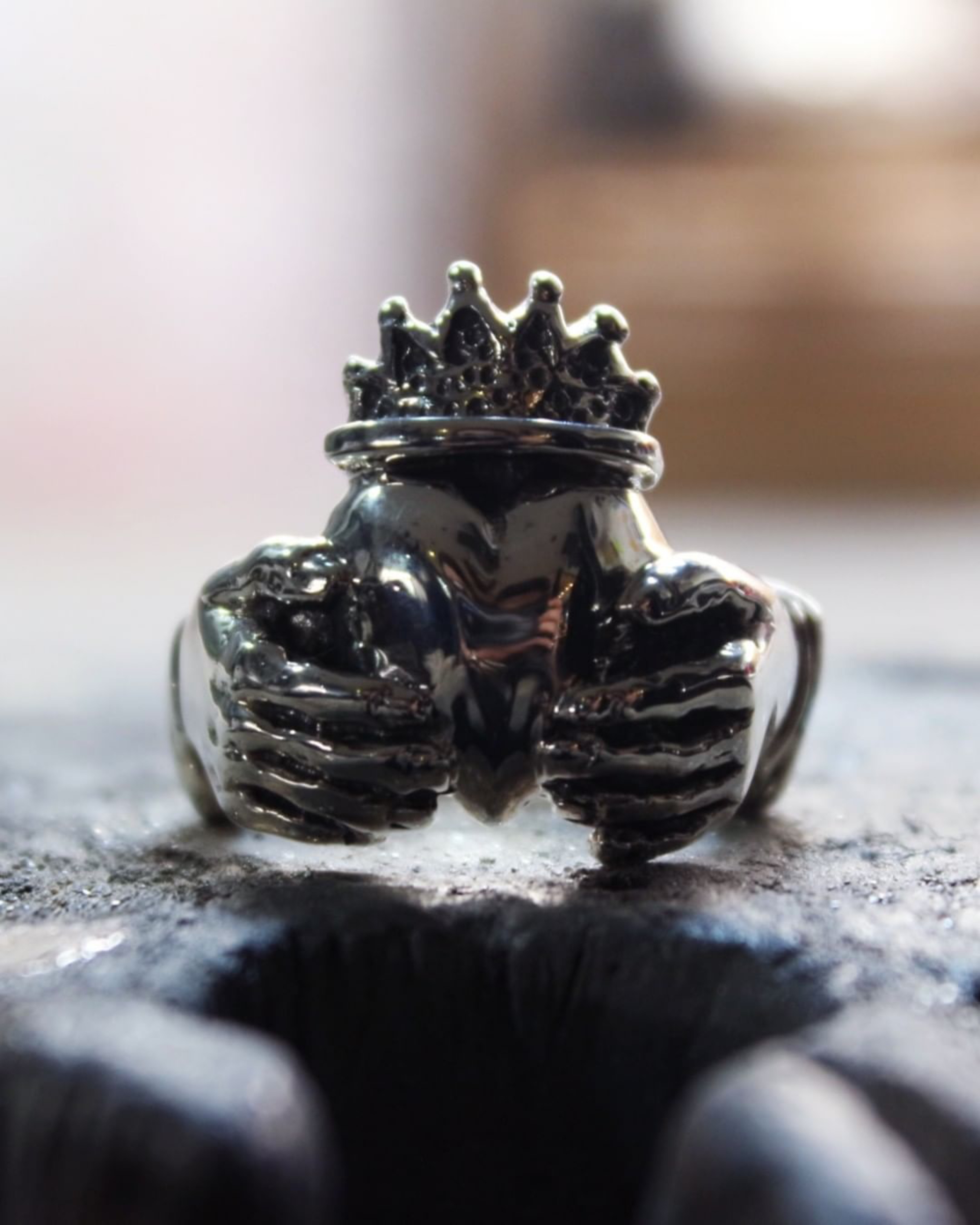 How one chooses to wear ones Claddagh ring signifies various meanings signifying ones relationship status, although a lot of our customers wears it depending on personal preference.

Various meanings depending on how the Claddagh is worn:

On the right hand with the point of the heart toward the fingertips: the wearer is single and might be looking for love.

On the right hand with the point of the heart toward the wrist: the wearer is in a relationship; someone “has captured their heart”

On the left ring finger with the point of the heart toward the fingertips: the wearer is engaged.

On the left ring finger with the point of the heart toward the wrist: the wearer is married.

Our Claddagh ring, as all our jewellery, is made in 925 sterling silver, but also available in gold upon request. If you’re looking to buy it in gold, please email [email protected] with your preferred size, colour and carat.