Wayne is a force of nature. He’s a personal trainer in Holborn – pretty much bang in between TGF Soho and TGF East – so he pops in fairly regularly. And yes, somehow, he keeps his matching large Anatomical Skull Rings and the rest on while he’s training himself and others. Aside from training, he’s also into sci-fi and collecting Stance socks.

His sister bought him an earring 15 years ago and he’s been hooked on TGF ever since. His collection also includes the Wes Lang Chief, Skull Key Ring, Wes Lang Reaper Ring, Lion Ring as well as various skull rings. 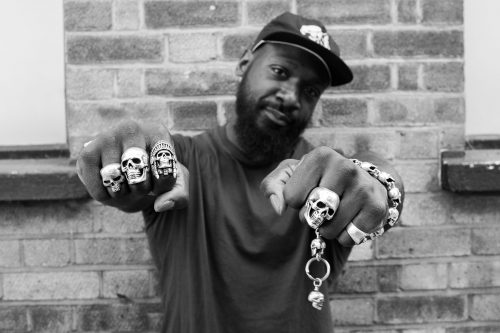 A big guy with a warm smile and personality, deep down Wayne is a pussy cat with a lion’s exterior (especially when he’s with his gorgeous 2 year old son) and he brightens up our day when he visit us. So big thanks to his sister for buying him that rose ring all those years ago and introducing us. 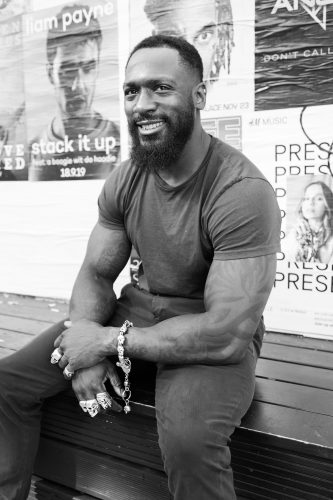