Christina and Andy are a gorgeous couple who have both lived in London for while, Andy of American-Italian heritage who has been here for 15 years and Christina who is living here from Australia. TGF has been prominent fixture for gift-giving and they even share a ring together.  What a pleasure to meet such a lovely well-matched couple. I’m just going to leave this here .. Ahem. 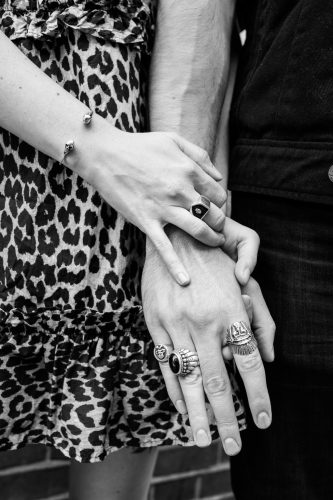 “A friend of mine introduced me to the brand while I was visiting LA. After speaking to some of the shop staff there the next day, I found out it was a London-based brand right next to where I worked in Soho at the time. I’ve now been to both the TGF stores in London and the Los Angeles stores. My first two pieces were the Native Chief and the Ghost Warrior. I have Native American heritage, so the combination of classic TGF statement rings with a nod to those cultures was an important personal touch for me. One of the others, the Silver Skull Shield ring, was the first gift I ever bought my partner, and it was her first piece from TGF too.

My TGF items are talismans – they each represent different things to me. Depending on which ones I wear, and in what combinations, they all project a mutable form of self-expression.

I’ve been shopping at The Great Frog for a couple of years. TGF Soho’s Newburgh St party was a blast. The launch was only a few weeks after I heard about the brand, so I came along and snagged myself my first ring that night. I also went to the TGF x Judas Priest collaboration launch party at TGF East which was fun, not least because as we were leaving Ollie (TGF East Manager) showed up three hours late after his new chopper broke down en route to the party.

For my next piece it’s a toss-up between the Lockdown bracelet and the Knucklehead Timing ring.”

“I found out about The Great Frog from Andy. He bought me my first TGF ring for Christmas, the Skull Shield Ring. He secretly took my ring to the Soho store to get my size and had one made up for me. I love it and it was a great surprise. I’ve since bought the Thin Skulls Bangle and I think the Lockdown or Shackle bracelet will be my next purchase. I’ve been to both London stores – a regular weekend occurrence is a trip to TGF East to try my luck ay the gum ball machine” 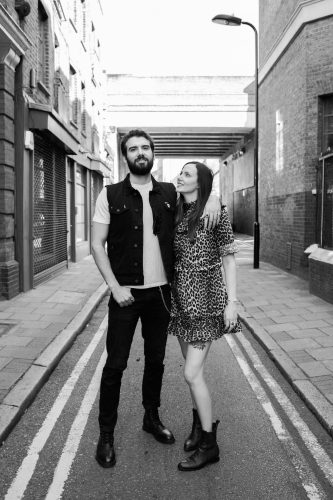