In honour of our upcoming collection of ‘Alphabet Bone Pendants’ and as part of a pre-Christmas shopping event on the 2nd of November, we are excited to announce that the talented nail artist BhamB Nails will be joining us in store with an exclusive flash sheet of TGF inspired designs. Price includes a manicure with a full gel polish and one feature nail with a design from the flash, and designs include: 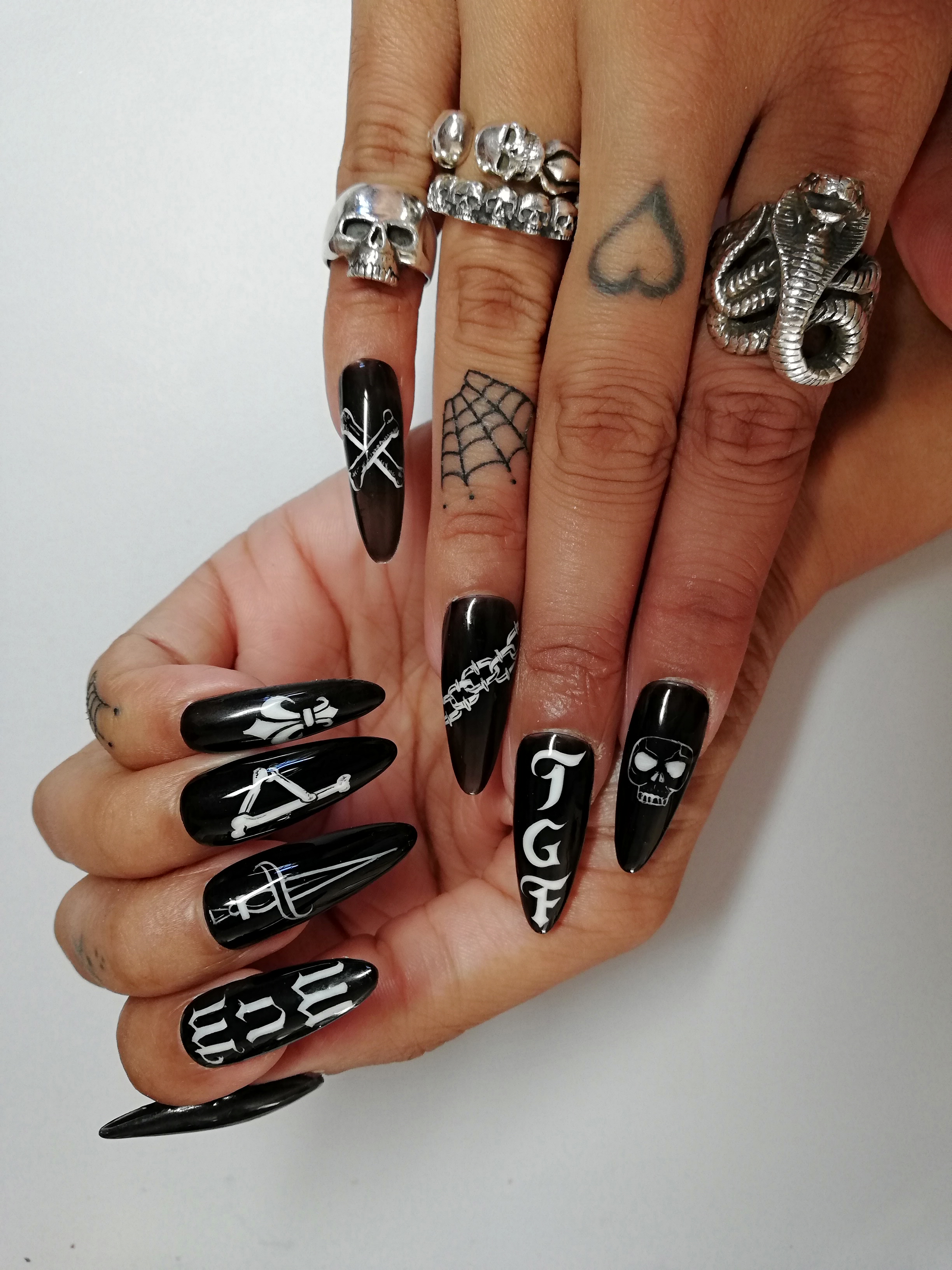 We won’t have time to offer extensions or extension removal, so you must come with bare nails and not have extensions on so we can paint straight on. We’re expecting this to sell out quickly so act fast! Tickets found here.

In the spirit of Christmas, there will be both mulled wine and mince pies in return for a minimum donation of £1 to The Outside Project which is a homeless LGBTIQ organisation which we’ve previously worked with during this year’s Pride. There will also be a few other pre-Christmas treats, so mark the day in your diary and come down to see us – Christmas is just around the corner! As we’re getting busier for every year, we advise you to get your order in sooner rather than later. We’ll be taking collection and UK postage Christmas orders up until the 2nd of December, and international orders up until the 28th of November. Gold orders will have to be placed by the 11th of November. Any order placed after these dates will be completed in the new year.

See you next month!